All eyes were on Aishwarya Rai Bachchan who finally made her first appearance at the Cannes International Film Festival red carpet following a delayed flight. Stunning in her L’Oréal Paris inspired look, it is clear that Ash is well and truly back.

"She can proudly represent L’Oréal Paris and India at the festival. We are sure she will dazzle as always.”

The Cannes Film Festival has been waiting with bated breath for their favourite Bollywood superstar to arrive. The glamorous Aishwarya Rai Bachchan who enchants crowds wherever she goes missed her 13th appearance on the Cannes Red carpet.

Aishwarya who was due to attend the opening red carpet event on May 16 was delayed from London to Nice because of an air traffic controllers’ strike in France.

This resulted in her missing the coveted event that is usually graced by global and international stars, all arriving in France for one of the most coveted international film festivals. 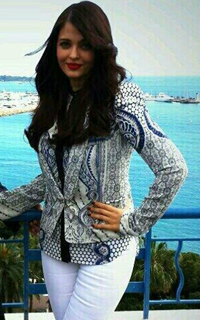 All was not lost though. Aishwarya arrived just a few days later with two year old Aaradhya and was snapped interacting with the media in a Cavalli printed jacket and white rolled up trousers, looking relaxed and calm at Hotel Martinez. A spokesperson announced on Twitter: “Today Aishwarya will be shooting an ad and doing media interactions. On the red carpet on (May) 20, 21 and amfAR on (May) 22.”

General Manager of L’Oréal Paris India, Manashi Guha added: “We are happy to announce the new dates for Aishwarya’s appearances at Cannes. While the flight delay was unexpected, we ensured that an alternative date was arranged for her, so that she can proudly represent the L’Oréal Paris and India at the festival. We are sure she will dazzle as always.”

The beautiful starlet did indeed dazzle when she finally made her first appearance on the red carpet at the Cannes screening of Deux Jours, Une Nuit (Two Days, One Night) directed by Jean-Pierre and Luc Dardenne. 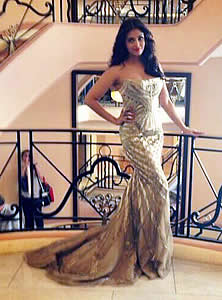 It is clear the superstar turned mother has lost a lot of weight since the birth of her first born Aaradhya. While she is not the supermodel size she once was, she has clearly embraced her womanly curves and her fans love her all the more for it.

On her arrival into Cannes, Aishwarya also met up with her L’Oréal Brand Ambassador pals including Eva Longoria, Freida Pinto and Natasha Poly for an exclusive L’Oréal shoot. L’Oréal is also celebrating its 17 years as being the Official make-up partner for Cannes. This is the first time the actress has been acquainted with Slumdog Millionaire (2008) star Freida. Speaking about meeting Freida, Ash said:

Freida couldn’t contain her excitement and eagerly gave Ash a hug as soon as she came in. One source reportedly said: “She was really happy to get a chance to finally do a shoot with Aishwarya and couldn’t wait to see her L’Oréal Lumière inspired red carpet look.” 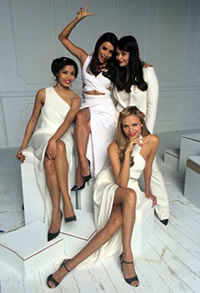 Ash also found that she had a lot more in common with Russian model Natasha as well, saying: “I met Natasha [Poly] for the first time and she is a new mother, so we connected that way. With each spokesperson it’s a different connection.”

Speaking about the exclusive photo-shoot between the four beauties, Manashi Guha added: “Together they represent the diversity that is L’Oréal Paris. We believe there is no one single notion of beauty and that whatever the colour of your skin or hair, we are all worth it.”

Having strut down the red carpet on May 20, Ash will make yet another red carpet appearance on May 21.

It has also been confirmed that Ash and her superstar hubby, Abhishek Bachchan will also host the ‘Cinema Against AIDS’ AMFAR dinner soiree that will be held at Cannes on May 22nd.

The opulent black tie event will take place at Hotel du Cap-Eden-Roc and will see big names attend the annual fundraiser for the notable Cannes charity. 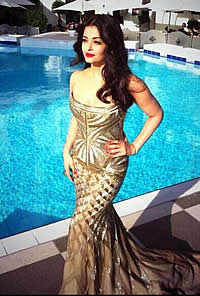 With fans of the actress eagerly waiting for Ash to announce her next project, Ash has confirmed that she will make her Bollywood film comeback in Mani Ratnam’s next Telugu film, and also Sanjay Gupta’s thriller, Jazbaa, which will go to floors around January 2015.

With Ash all smiles and back at Cannes, it seems that no time has been lost, and we for one cannot wait to see this beautiful heroine grace the big screen once again.

Aisha an English literature graduate, is a keen editorial writer. She adores reading, theatre, and anything arts related. She is a creative soul and is always reinventing herself. Her motto is: “Life is too short, so eat dessert first!”
Himesh and Honey Singh in The Xpose
Mallika Sherawat rocks Cannes 2014