Himesh and Honey Singh in The Xpose

Popular singer Yo Yo Honey Singh has turned actor with a glamorous thriller led by Himesh Reshammiya. The Xpose revolves around the dangerous world of Bollywood and hints at some real life celebrity rivalries.

"When he [Himesh] said it's a thriller set in the Bollywood of 1960s, I was fascinated."

The Xpose is an upcoming Bollywood musical thriller set in the 1960s. Directed by Anant Mahadevan and produced by Vipin Reshammiya, the movie is both glamorous and chic with some very bold scenes and a murderous twist.

Seeing Himesh Reshammiya in a fresh new avatar for this film, he also has a stellar cast and crew to support him. The time has finally come for Yo Yo Honey Singh to make his acting debut.

Honey is playing a villainous role in the movie. The two female characters in the movie are respectively played by Sonali Raut and Zoya Afroz. Irrfan Khan makes a small appearance as well. 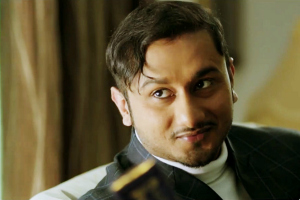 While all these actors offer viewers a clear incentive, the name that delivers an all-rounder performance for The Xpose, is Himesh Reshammiya.

The multi-talented Himesh is playing one of the central characters named Ravi Kumar as well as writing the script and producing the music for the movie.

Himesh is the one who actually approached the director Anant, for this movie which exposes Bollywood’s dark world: “When he said it’s a thriller set in the Bollywood of 1960s, I was fascinated. Though Himesh has written the story as well, he was open to how I visualised the movie,” Anant says.

This movie is presumably based on the two rival Bollywood actresses, Praveen Babi and Zeenat Aman. The movie has numerous real life references which makes it all the more enticing. If all that real life cat fight is not attracting enough, than this movie can pull its audience through its thrilling storyline.

The story follows the rivalry of the two actresses in the beginning but it unfolds when Zara played by Sonali is murdered and Chandni played by Zoya is the main suspect, for obvious reasons. 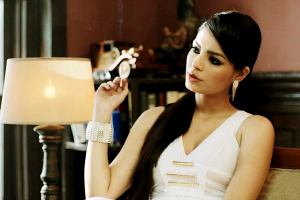 It gets even more intriguing when a former cop turned actor Himesh Reshammiya aka Ravi Kumar takes it upon himself to solve the mystery. The character of Ravi Kumar is rumoured to be based on Raaj Kumar.

Even Kenny Damania, the character with which Honey Singh makes is acting debut is modelled on Pran.

Sonali has admitted that her most challenging scene was the one where she has to be intimate with the character Ranjit Desai, played by Bharat Dabholkar. Only the director and cinematographer Maneesh Bhatt were present during the scene, and Sonali reportedly said: “That was for real. I actually felt him all over me.”

A few reports from the set of the movie have claimed that Sonali and Zoya – the two up and coming Bollywood actresses – took their roles a little too seriously and ended up having a real cat fight while shooting The Xpose. If rumours are to be believed, it became so serious that Zoya failed to control her anger and actually slapped Sonali. Himesh, like his heroic character in the movie then came and broke the fight off.

Reports saw Sonali later commenting: “I’m not scared of anyone,” while Zoya responded with a more straight forward approach, saying: “Sonali should know how to behave.”

Not everyone in this movie is in the news for all the wrong reasons. Himesh Reshammiya shows his incredible dedication by losing 20 kilos for the role of Ravi Kumar. Himesh looks rather trim and sharp in the movie which only increases the charm level of the movie.

While celebrated for his musical talent, Himesh has not been very lucky with his acting career. Whether his level of commitment for this project will pay off or not remains to be seen. 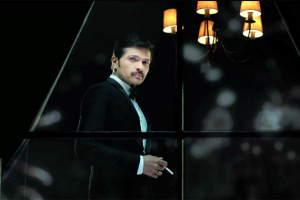 The music of the movie seems like Himesh tried his best to cope with public expectations. The soundtrack for the film sees 18 tracks altogether and even includes ‘The Indian Great Gatsby’.

He has included a few remakes of old Bollywood popular songs which is understandable knowing the theme of the movie.

There are some original-remix tracks like, ‘Ice cream Khaungi’, which has the potential of typical Honey Singh and Himesh Reshammiya hit songs. And of course where Honey Singh is involved, there has to be a bilingual song; in this case they have experimented with the song, ‘Hai Apna Dil’, which ironically is not a remake version of the old song.

No Himesh Reshammiya song list can be completed without the use of his signature word, ‘Surroor’. This movie is no exception. The lyrics for the songs are done by Sameer, Kumar, Shabbir Ahmed. 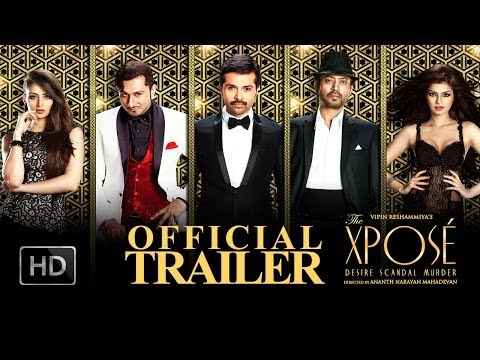 The budget for The Xpose was around Rs. 20 crores which is not low enough for the movie to be levelled as a small budget movie. Earning predictions of the movie are also rather average.

Honey Singh however can be the factor in making this movie a big hit with his already immense popularity. Not to mention putting a real life Bollywood rivalry in the movie can also do the trick, and critically acclaimed actors like Irrfan Khan starring in this movie will conjure curiosity among wider audiences. Time will reveal if all these entities are enough to produce a phenomenon. The Xpose releases from May 16.

Bipasa likes writing and reading articles that are close to her heart. An English Literature graduate, when she is not writing she is usually trying to come up with a new recipe. Her life motto is: “Never Give Up.”
Jazzy B the Action Hero in Romeo Ranjha
Aishwarya Rai on Cannes 2014 Red Carpet