Aishwarya Rai is a Red Romance at Cannes 2016

A princess in red by day, Bollywood actress Aishwarya Rai transforms into a graceful queen in gold by night at the 69th Cannes Film Festival.

The Cannes fashion fever continues with Aishwarya Rai, who starts off her day by alluring us with a radiant look.

She puts on a raspberry red ruffled gown by Desi American fashion designer Naeem Khan, who has dressed the likes of US First Lady Michelle Obama and British royalty Kate Middleton.

Hugging the rays of sunshine and a Mediterranean Sea breeze on a balcony, Ash playfully twirls in her gown with the wind in her soft and loose retro waves.

The only accessory she needs is bright red lipstick and a bouquet full of crimson roses, and there she goes – enchanting us like a princess straight out of a fairytale. 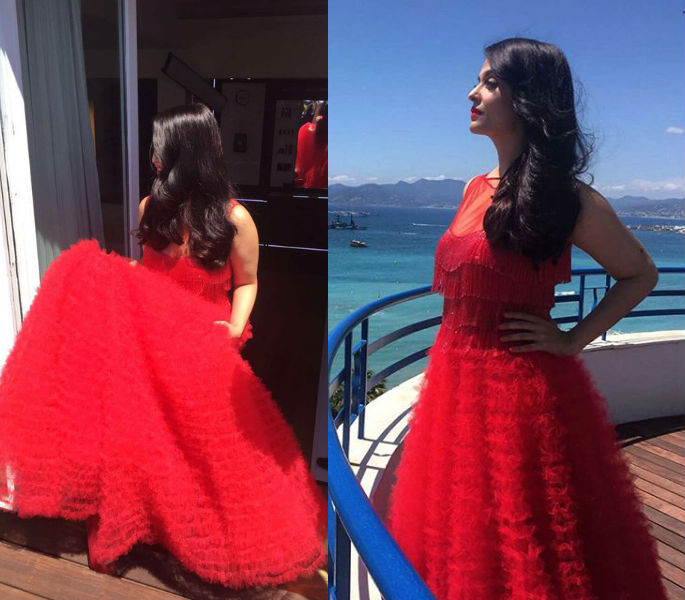 Later in the evening, the age-defying actress attends the premiere of The BFG (2016), directed by Steven Spielberg, in a classically beautiful Elie Saab couture gown 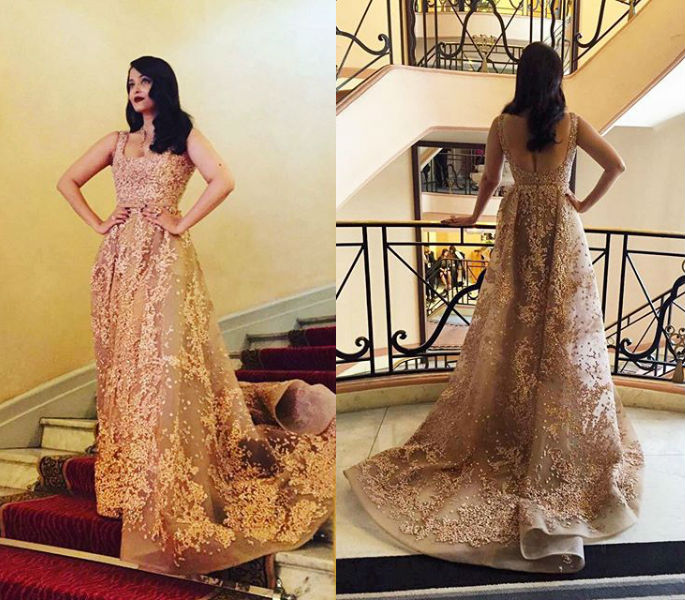 Ash exudes vintage glamour in the nude coloured floor-length gown complete with a slim belt, accentuating her envious figure through the gold embroidery.

And just like that, she has done the impossible again, slaying the red carpet two days in a row – completely unfazed by Hollywood actress Blake Lively in a sexy sky blue Atelier Versace gown. 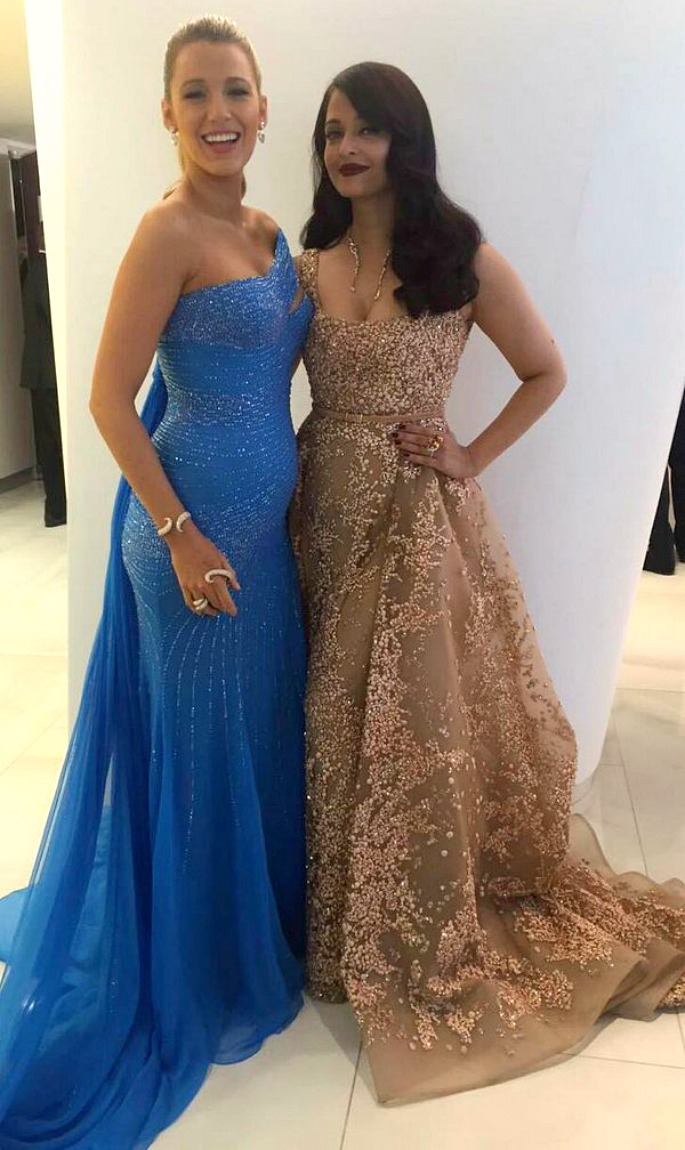 Fashion prowess aside, Aishwarya will be looking to impress fans and critics from around the world with her new hard-hitting film, Sarbjit, which will premiere at Cannes on May 15, 2016.

It follows the heart-wrenching journey of Dalbir Kaur, who fought for 23 years to free his brother Sarbjit Singh from a crime that he did not commit.

Fans are already raving about her top-notch performance:

Nobody else could have depicted the character of Daljeet superior to anything Aishwarya. #SarbjitAtCannes @filmymantra

Another Bollywood star descending on the Cannes red carpet is Mallika Sherawat, following up her first appearance with another gorgeous design by Georges Hobeika. 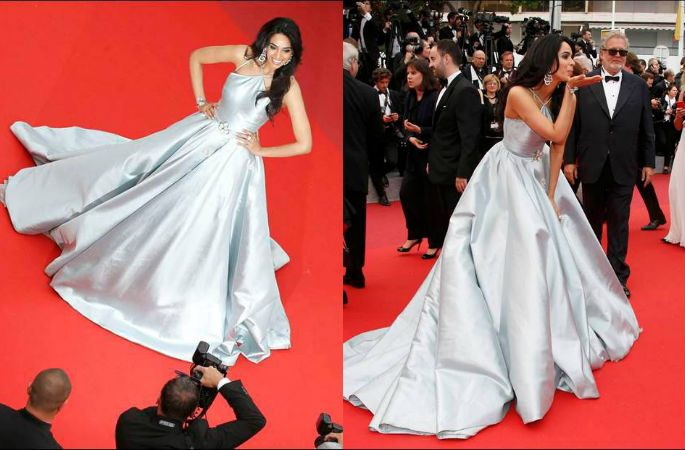 Next to arrive will be Sonam Kapoor and Amy Jackson. We can count on these IT girls to turn up the heat at the French Riviera. Stay tuned for more of our Cannes coverage!