Sonam Kapoor is a Snow Queen at Cannes 2016

Sonam Kapoor is ready to dominate the fashion spotlight at the 69th Film Festival, sending Twitter into meltdown with an angelic Ralph & Russo gown.

Sonam gets down to business with a mind-blowing Ralph & Russo gown!

Bollywood actress and fashionista Sonam Kapoor stirs up a storm on her first day at the 69th Cannes Film Festival.

The 30-year-old beauty meets the press in an Anamika Khanna dress, paired with a matching high collar jacket and black heeled sandals.

She ties her shiny dark hair into a pony tail, showcasing the garment’s contemporary and stylish prints in their full glory.

Adding a shade of fuchsia to her luscious lips, Sonam announces her arrival at the international event like a pro.

For her second outfit of the day, she embraces her Desi roots and opts for a black and blue saree by Rimzim Dadu. 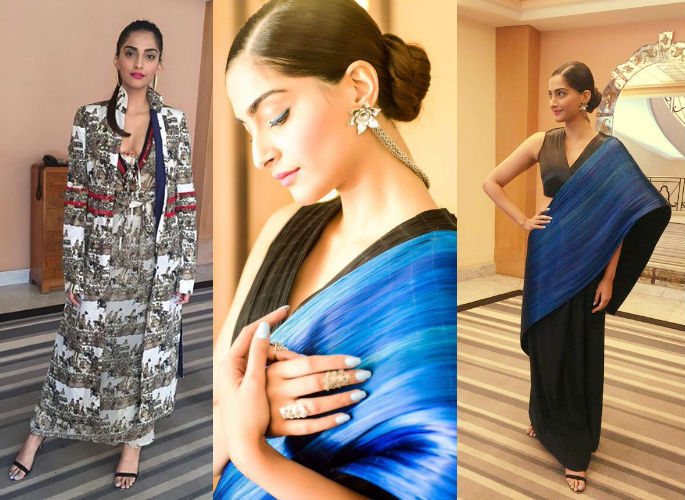 The saree is made of molten wire, giving the traditional Indian wear a modern twist. Having already made waves at the Amazon India Fashion Week 2016, this saree takes centre stage again with a little help from Sonam.

She chooses a pair of gold-plated flower kanauti earrings with chain by Suhani Pittie, whose bold designs are some of Sonam’s favourite accessories throughout her five years at Cannes.

When it is finally time to hit the red carpet for the premiere of Mal de Pierres (From the Land of the Moon), the Indian beauty gets down to business with a mind-blowing Ralph & Russo gown that leaves us pleasantly speechless! 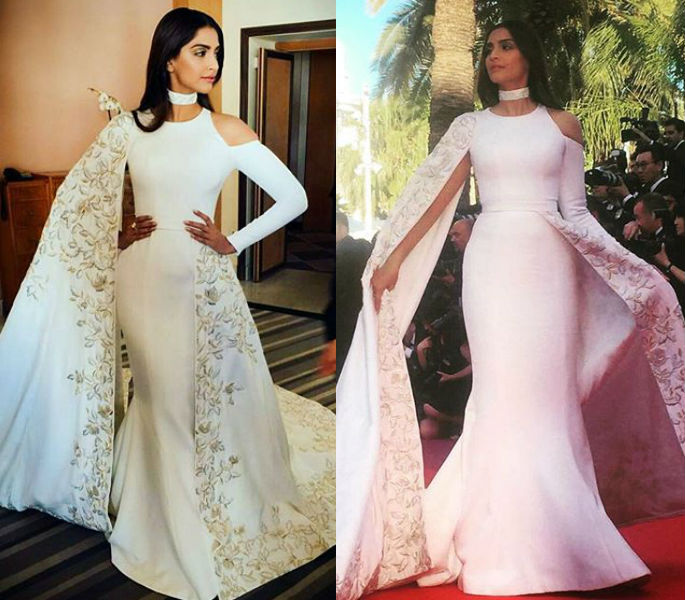 The ivory white mermaid dress perfectly wraps around her slender figure, and is subtly adorned with gold embroidery on its enormous cape, attached to her left waist and right shoulder.

We cannot help but gasp at how pure as an angel and ethereal as a queen the Neerja (2016) star look! 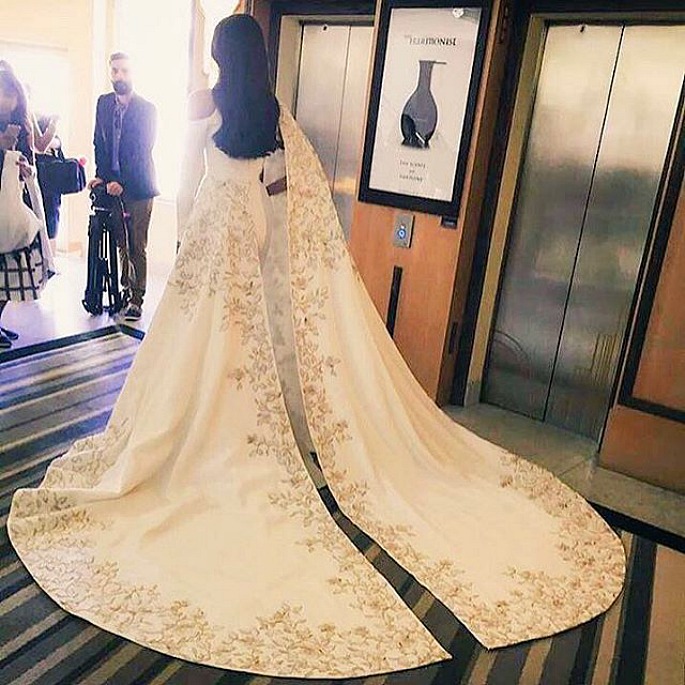 Twittersphere has gone into a meltdown over Sonam’s heavenly avatar:

My eyes are so blessed atm! Sonam ??
Sonam At Cannes pic.twitter.com/7ncgUhc6bS

Having enjoyed such a phenomenal success on her first day, we can only expect to be blown away by her breathtaking fashion style again!