Sonam Kapoor has left us awestruck with three breathtaking Ralph & Russo outfits on her second day at the 69th Cannes Film Festival. Take a look!

Following up her previous appearance in a jaw-dropping number by the British couture fashion house, Sonam gives us exactly what we want and more.

She looks absolutely stunning in the champagne silk crêpe figure-hugging dress, and a magnificent floral necklace that adds a touch of playfulness.

The most striking feature of her outfit is the bridal cape embellished with elegant white roses, draping over her body and extending into a regal circle train. 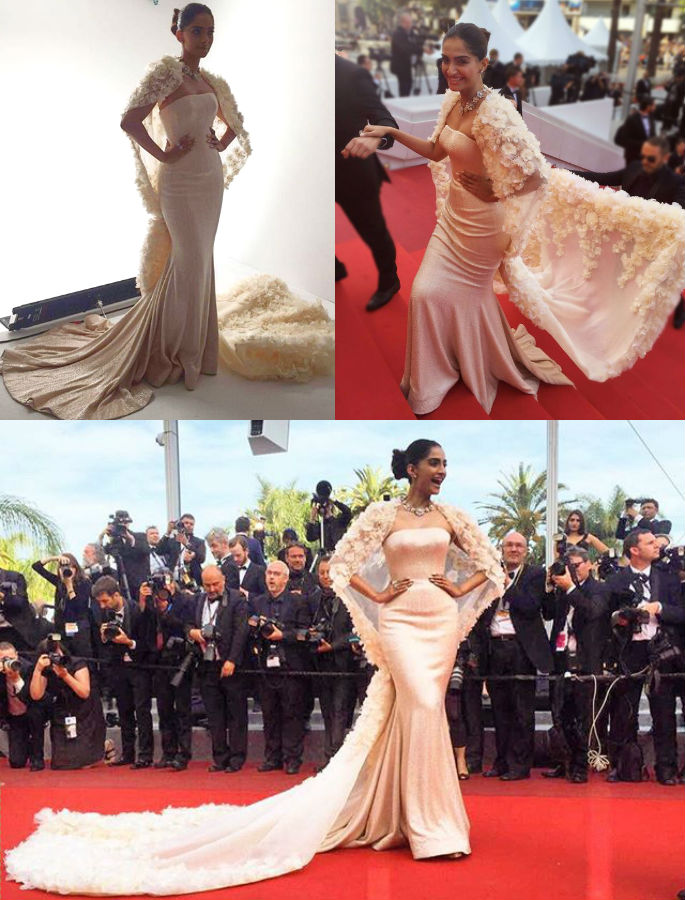 Sporting a casual flower bun updo and a pair of Ferragamo, Sonam transforms into a sophisticated lady and channels her inner royalty with every move she makes.

And she is all anyone can talk about! Twitter user Aman Kashyap exclaims: “THE fit is IMPECCABLE and the way that flowery trail glide is. #TRAFFICSTOPPING Sonam Slays At Cannes.”

Another Sonam fan, Cimm, says: “Angel is 5 lettered so is Sonam. I dont think its co-incident.” 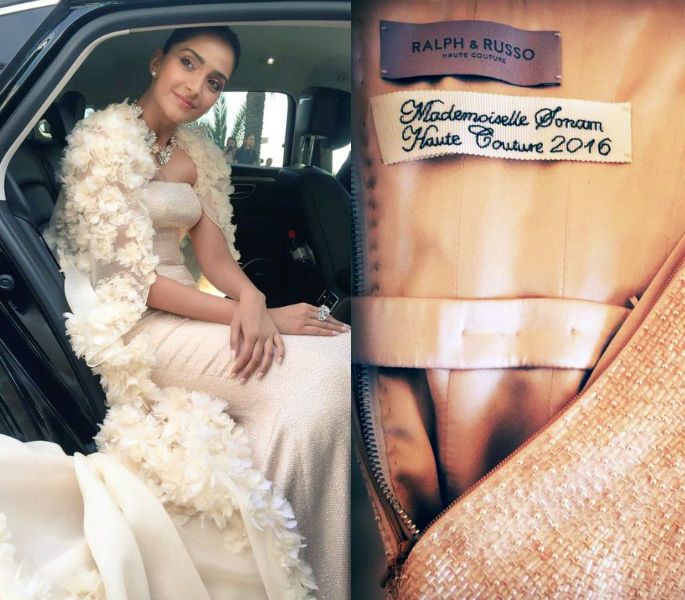 It’s no easy task to walk in this immaculate designer dress and look drop dead gorgeous at the same time. But since when is there a fashion challenge that Sonam cannot overcome?

Not only is she nailing it with her fierce poses, the 30-year-old actress waves at fans and reporters at the Loving (2016) premiere with the sweetest smile on her pretty face, too!

Her daytime look on her second day at Cannes 2016 is equally stunning, opting for a more youthful Ralph & Russo design. 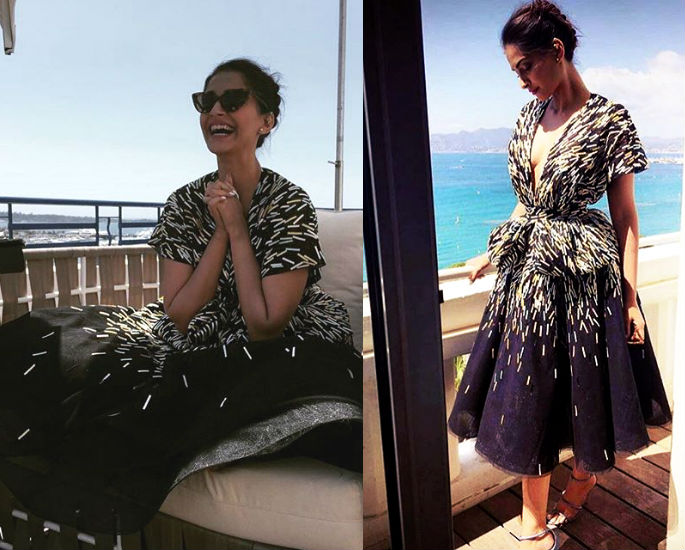 She dons a black knee-length dress with a peplum waist that highlights her envious figure. The garment is sprinkled with colourful linear stripes that look almost like confetti.

The plunging neckline, braided hairdo, matte pink lips and intricate Suhani Pittie jewellery – Sonam embodies the ultimate chic that we have ever wanted to be!

Topping it all off is her third Ralph & Russo of the day at the Chopard party – a black strapless ruffled gown with a sweetheart neckline and a sheer panel that showcases her model legs.

Posing with Michael Russo, she looks a million dollars in that Chopard necklace. 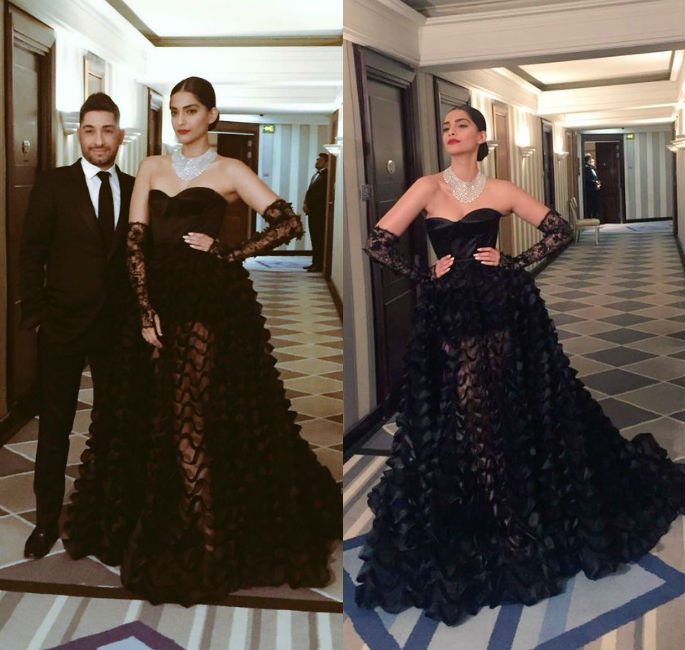 With three amazing looks in one day, it’s no wonder ‘Sonam Slays At Cannes’ is trending like wildfire on Twitter in India!

Sonam has her sister Rhea Kapoor to thank for much of the praises she has earned at Cannes so far – and numerous events in Bollywood as well.

Her stroke of fashion genius never fails to make Sonam the talk of the town. It has arguably given her a huge boost to fast becoming a fashion icon within and beyond Bollywood at such a tender age.

The Kapoor sisters are totally smashing it. Are you ready for more?