Richa Chadha and Ali Fazal have unveiled their regal look from their wedding celebration. The pair have been hosting numerous wedding events.

"You make such a beautiful bride, Richa."

Richa Chadha and Ali Fazal looked regal as they unveiled pictures from their wedding ceremony in Lucknow.

The couple has gone for an unconventional method for their wedding festivities, attending receptions in different cities before their wedding instead of after it.

The pair had a formal wedding ceremony in Lucknow, organised by Ali’s family.

It had a royal Awadhi style as Richa wore an off-white sharara which had a long veil. She paired the Abu Jani-Sandeep Khosla outfit with statement jewellery.

Meanwhile, Ali wore a gold and beige sherwani that was also designed by Abu Jani and Sandeep Khosla. 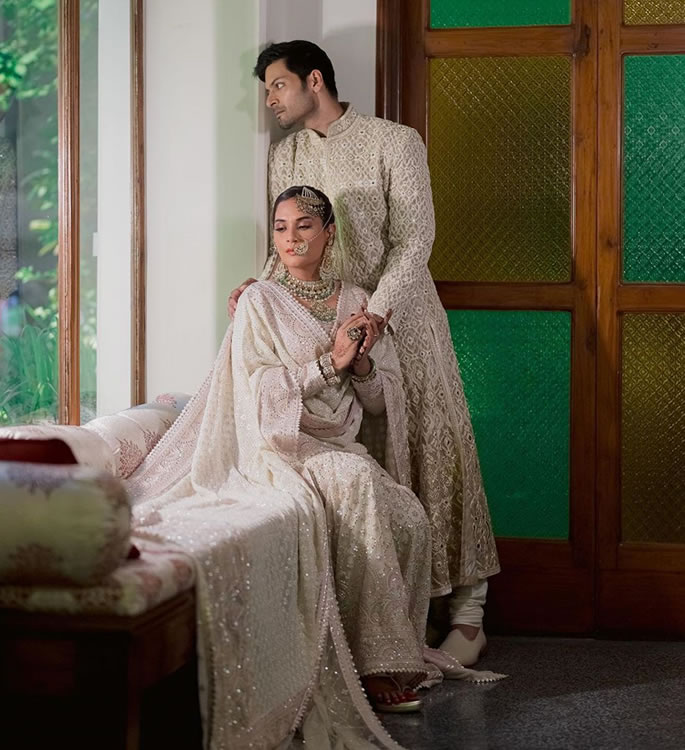 Zareen Khan wrote: “You make such a beautiful bride, Richa.”

Richa Chadha and Ali Fazal had their haldi, mehendi, sangeet and cocktail functions at the Gymkhana Club in Delhi before flying to Lucknow. 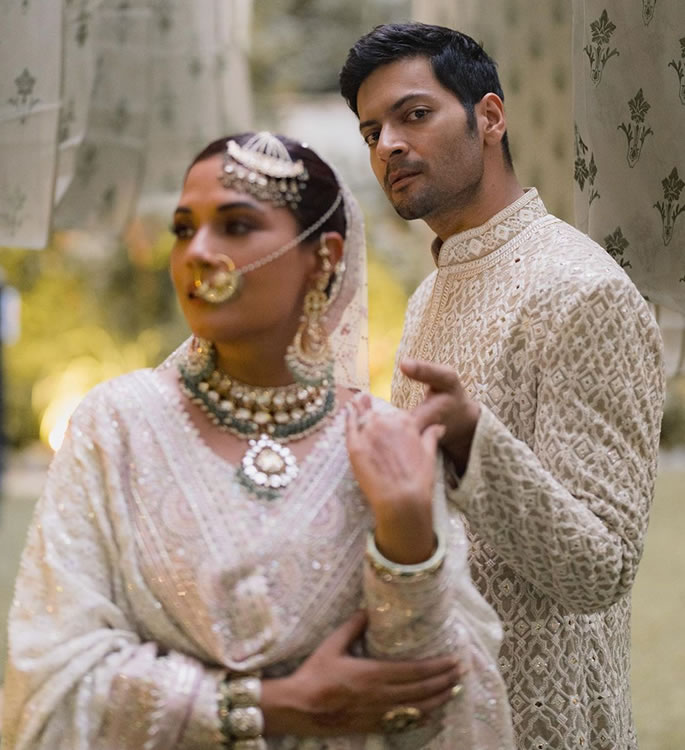 The event began with a Qawwali performance by the Sabri Brothers of Rajasthan.

Guests were then served Awadhi cuisine prepared by family-run heritage companies in Lucknow.

They are now set to host a reception in Mumbai, where numerous Bollywood colleagues will attend. 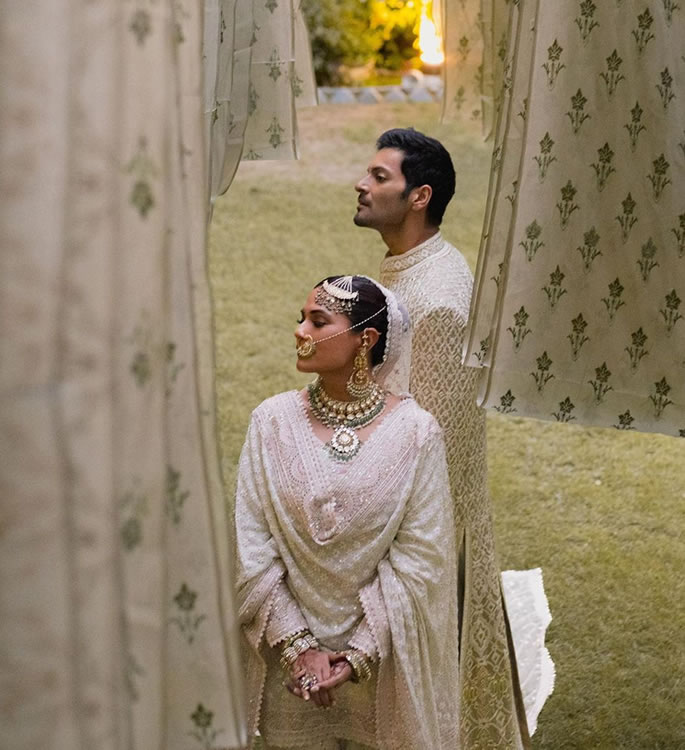 Meanwhile, the couple’s spokesperson revealed that the couple has been “legally married” since 2020.

In a statement, the spokesperson said that they registered their wedding two-and-a-half years ago and are currently “celebrating their union with friends and family”.

“This is to clarify that Richa Chadha and Ali Fazal have been legally married for 2.5 years when they registered their wedding.”

“Currently, they are celebrating their union with friends and family, as was already mentioned by them on 29th September in their statement.”

On September 29, 2022, Richa and Ali issued a joint statement where they spoke about how they “formalised their union” in 2020. 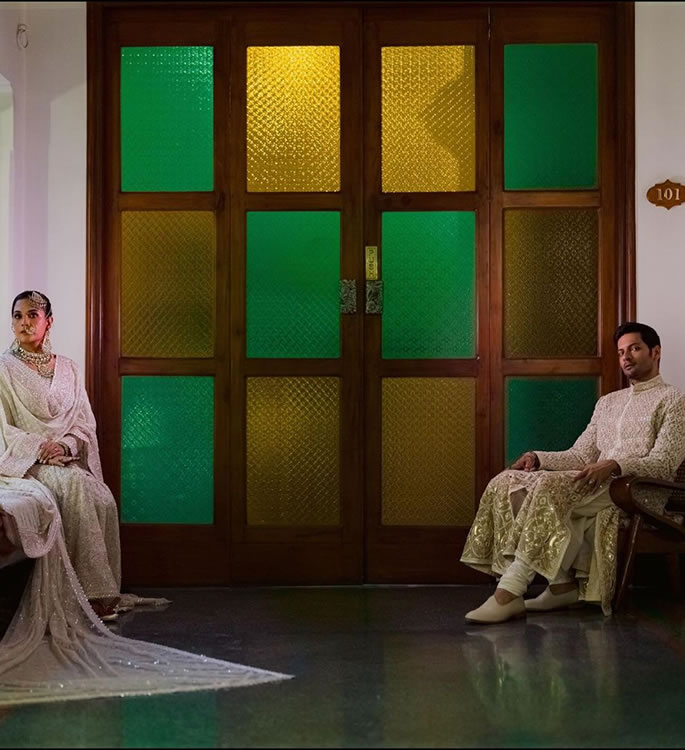 However, they had to postpone the celebrations due to the Covid-19 pandemic.

Richa had said: “Two years ago we formalised our union and just then the pandemic hit us all.”

Ali added: “Like the rest of the nation, we too were struck by personal tragedies one after the other.”

Both then said: “And now, as we all enjoy this window of respite, we are finally celebrating with our families and friends.

“We are so so very touched and blessed by the love and blessings coming our way.”

Dhiren is a journalism graduate with a passion for gaming, watching films and sports. He also enjoys cooking from time to time. His motto is to “Live life one day at a time.”
Is Prabhas angry with Om Raut over Adipurush?
Alia Bhatt reveals Mother still Manages her Money