The usually tight-lipped couple, Richa Chadha and Ali Fazal opened up about their love story. The actress revealed that Ali took a nap after proposing.

"I guess he was stressed about the proposal!”

Actress Richa Chadha has revealed that her fiancé Ali Fazal decided to take a nap after proposing to her in the Maldives.

Richa and Ali are one of India’s much-loved couples. Alongside their great acting skills, their fans adore the couple for their outspoken nature.

Despite candidly speaking about various subjects, Richa and Ali usually remain secretive about their love story until recently.

The couple was set to tie the knot in April 2020. However, due to the outbreak of the coronavirus pandemic, they were forced to postpone their wedding.

Recently, the couple posed for the cover of Brides Today’s July issue. This was meant to be their first photoshoot as a newlywed couple.

Nevertheless, Richa and Ali looked stunning for the magazine shoot. 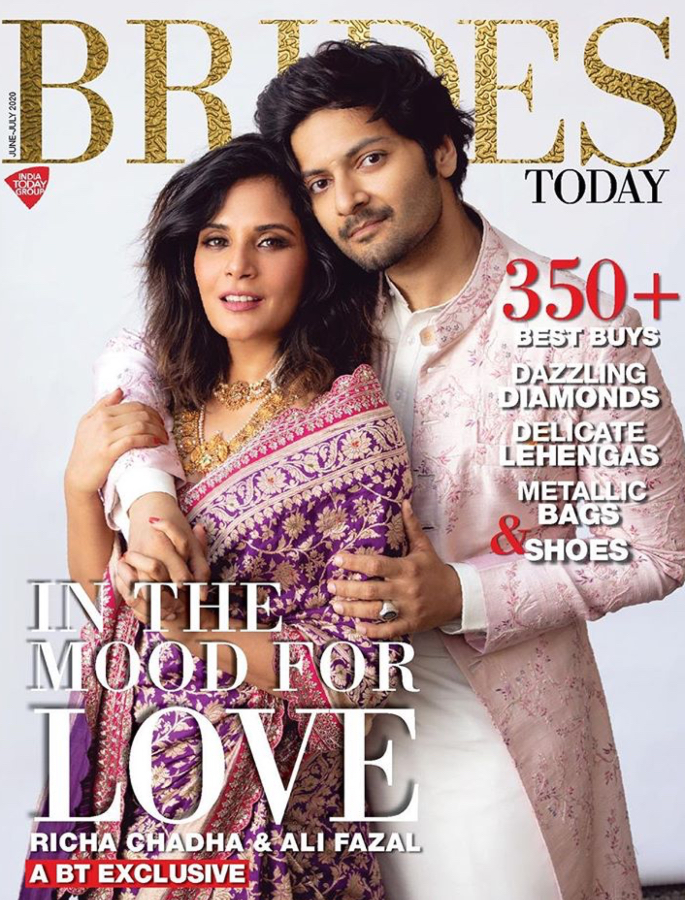 Ali and Richa also opened up about their love story. The couple met on the sets of their 2012 film, Fukrey.

Initially, their relationship started as friendship before love blossomed for the couple.

Richa recalled the moment she told Ali that she loved him. She explained:

“We were at my house watching the 1992 biographical comedy, Chaplin. I was happy to see him enjoy the movie and grateful to have found someone with similar tastes.

The actress jokingly added that it took Ali three months to say ‘I love you’ back to her.

Ali continued to mention that Richa’s clumsiness was one thing that made him fall in love with her. He said:

“She thinks I fell in love with her because of her clumsiness and honestly, it is one of the reasons.”

“If she is eating, food will be all over the place, drinks will be spilt, and cutlery dropped.”

The actor further added that Richa had a clumsy moment while the duo was in Venice.

“It was a fine dining event and [Hollywood actress] Judi Dench was sitting at the next table. Suddenly, a bean went flying over! Of course, it was from Richa’s plate.”

Richa went on to reveal how Ali proposed to her. She said:

“He had planned a romantic dinner on a secluded island in the Maldives. I thought it was for my birthday and didn’t suspect a thing.

“We were sipping on champagne when Ali, being his spontaneous self, asked me to marry him.

“He didn’t go down on his knee, nor did he have a ring, but that’s alright.”

Despite this seeming like an adorable proposal, Richa hilariously disclosed what Ali did after the proposal. She said:

“After that, he took a 10-minute nap on the sand. I guess he was stressed about the proposal!”

Undoubtedly, this revelation has probably made their fans love them more.

Ayesha is an English graduate with an aesthetic eye. Her fascination lies in sports, fashion and beauty. Also, she does not shy away from controversial subjects. Her motto is: “no two days are the same, that is what makes life worth living.”
Wikipedia updated Sushant’s death before news of his suicide?
Pakistani actress Syra Yousuf rejected Hollywood offer