New light-hearted comedy of errors, Fukrey released on June 14, 2013 has drawn in great reviews. Starring an ensemble cast, it is produced by Farhan Akhtar and Ritesh Sidhwani.

"Most of the crazy things that these characters do, I have done in life too."

The film is well put together, but is not an over the top Bollywood blockbuster type of movie. It’s strength lies in its comedy and songs which blend in well together.

A youth-centric film with characters bonding together as friends played by the four leads. It is set against a college backdrop. Not a Hindi word we hear every day, ‘fukrey’ means someone who is jobless or directionless. The four friends are misfits and nobodies who suddenly find their lives flipped upside down in a comic series of escapades.

In the film, Hunny (played by Pulkit Samrat) ropes in Lali (played by Manjot Singh) and Zafar (Ali Fazal). The mean and vile female bully Bholi Gangster is played by Richa Chadda. 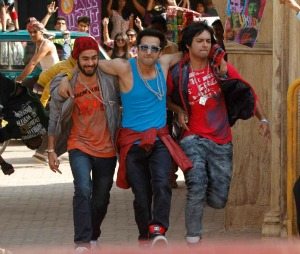 After the interval, the film loses some of its magic but it does not drag on because of the shorter length of the film compared to most Bollywood movies which last for about three hours.

Even without actor Ali Fazal’s serious character, the comedy would have been enough to keep the audience entertained throughout the whole film.

The comedy is so strong that even when two lovers played by Ali Fazal and Priya Anand don’t spend much time together the audience do not mind.

None of the actors in Fukrey have made a substantial mark in Bollywood as yet, but all have shown tremendous potential.

26 year old Ali Fazal is the most crafted stage and film actor in Fukrey. His role in Fukrey is a serious one compared to other cast members who provide many laughs.

On the other hand the youngest cast member is 20 year old Manjot Singh in his role as Lali which provides plenty of laughs. Best known for his film Oye Lucky! Lucky Oye! (2008), Singh interestingly never studied acting before his first film. 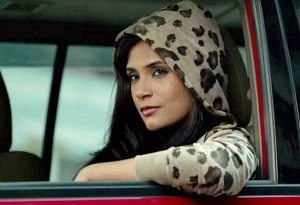 At the age of 29, Pulkit Samrat is the oldest of the cast members. His character Hunny holds the film together and he could have been seen as the overall lead.

A chemistry between him as an older brother figure with some lesser intelligent characters in the film provides plenty of laughs.

Actress Priya Anand is the lead female star in her role of Priya. She plays Ali Fazal’s love interest even though she spends most of her time with other characters in the film.

The sexy, young actress’s sultry chemistry between her and Ali Fazal’s role is evident and is well blended with some great soothing music in the film. Priya best known for her role in English Vinglish (2012), alongside Bollywood diva Sridevi has yet to make her mark in Bollywood.

Other actors in Fukrey include Richa Chadda in her role of gangster girl, Bholi Punjaban, best known for Gangs of Wasseypur Part 1 and 2 (2012). Actor Pankaj Tripathi also provides some huge laughs in his minor role as Pandit. 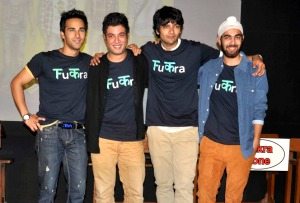 The cast had a genuinely great time filming. During the last scene of the film, you can see them running havoc on the streets of Delhi and dressing up as peacocks, a scene which is played in slow motion in the film to milk in on the non-stop laughter and entertainment.

It is by far one of the funniest scenes in the movie.

Speaking about Fukrey, Ali Fazal says: “Most of the crazy things that these characters do, I have done in life too. Everyone has a little craziness in them, some more than others.”

Pulkit Samarat says: “It is a story of four underdogs chasing their dreams. The movie shows you how much fun solving problems can be.”

Fukrey comes from people with impressive past credits to their name; the film is directed by Punjabi, Lamba, who also directed Teen Thay Bhai (2011). It is produced by Farhan Akhtar, who was also responsible for Dil Chahta Hai (2001), Rock On (2008) and Zindagi Na Milegi Dobara (2011), and Ritesh Sidhwani who was the creative director of Don: The Chase Begins (2006).

“Fukrey is a superb laugh-riot with great dialogues and fantastic acting. Don’t miss it!” 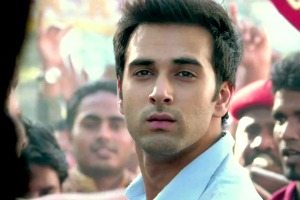 That being said, the film’s opening weekend has faced stiff competition from the much anticipated Hollywood blockbuster, Man of Steel, which also released on the same day.

It still managed to do well across Punjab, and is picking up positive reviews.

Outside India however, the film has struggled:

Fukrey provides plenty of laughs and appeals to all generations especially the young at heart. This could be the next unexpected hit movie. A very good film worth watching again for the laughs and soothing music blended well together with light hearted comedy.

Nazhat is an ambitious 'Desi' woman with interests in news and lifestyle. As a writer with a determined journalistic flair, she firmly believes in the motto "an investment in knowledge pays the best interest," by Benjamin Franklin.
Jiah Khan’s Suicide Note
Lakeer Ka Fakeer ~ Review