Sonam Kapoor arrives at Cannes 2015 in sheer style. On Day 1, she dazzled in an assortment of outfits before descending onto the red carpet. DESIblitz has more.

We really have to applaud Sonam for her incredible eye for detail.

We’ve all been eagerly awaiting Bollywood’s style icon, Sonam Kapoor to grace the Cannes 2015 red carpet in all her glam goodness.

Cannes is truly the perfect stage for the young actress, and she never disappoints with her unique fashion sense that oozes chic sensuality and elegance.

Arriving into Cannes on May 16th, 2015, Sonam took our breath away with her multiple outfit changes throughout the day.

Starting off with an official appearance at a makeup tutorial shoot on behalf of L’Oreal Paris, of which she is brand ambassador, Sonam looked adorable in a cute Ulyana Sergeenko bodycon dress in powder pink, matched with Jimmy Choo pumps. 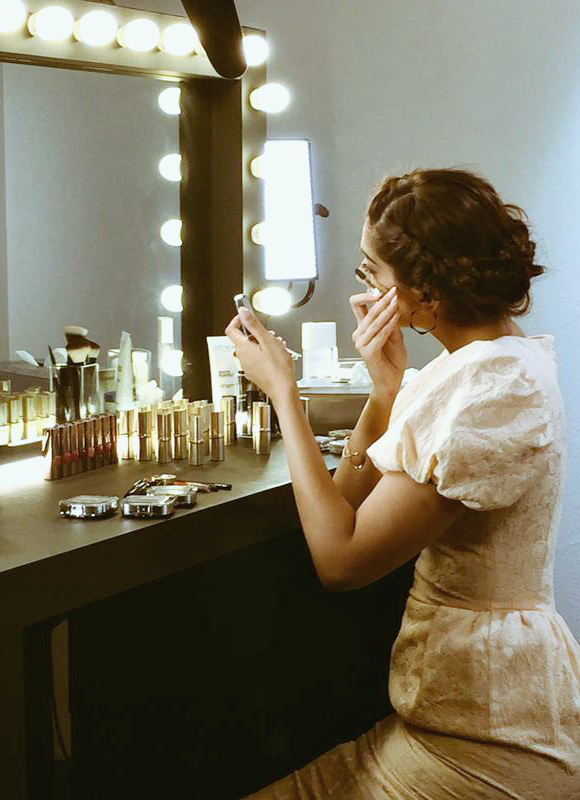 Later she adopted a more sensual look with a stunning ruffled sari with cut outs, designed by Abu Jani and Sandeep Khosla. The daring cuts and neutral tones left her looking drop-dead gorgeous.

Captured by her loving sister, Rhea Kapoor, for Twitter’s delight, Sonam matched her outfit with Suhani Pittie earrings and a Bvlgari watch. 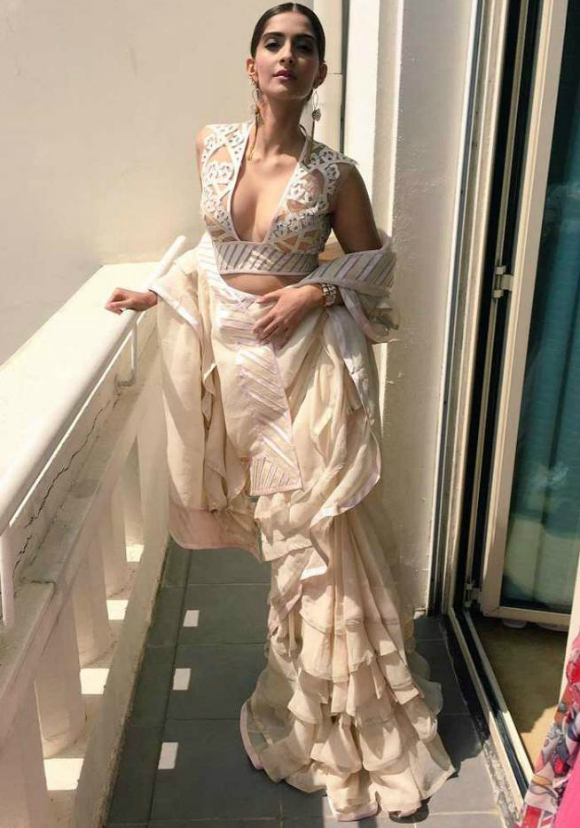 But, of course, this was just a tiny insight of what she had in store for us on the red carpet.

Making her final appearance for the day, Sonam opted for an electric blue House of Ralph and Russo haute couture gown with matching heels.

Her hair, voluminous, in Hollywood waves, was swept to the side, leaving Sonam a dazzle to behold. 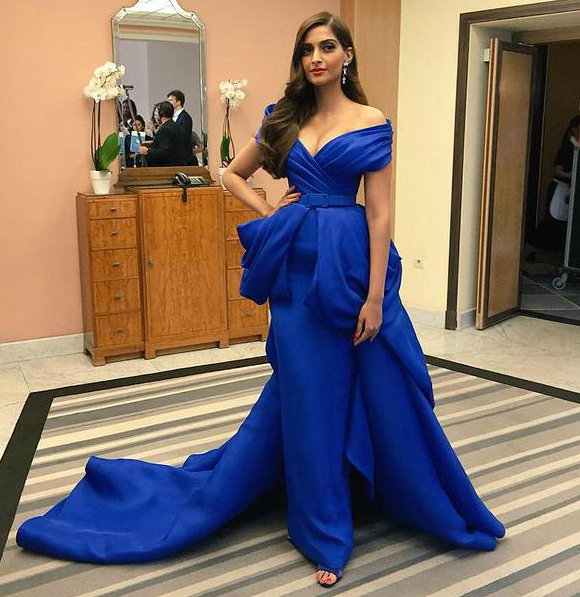 Of course, with so many Bollywood actresses gracing the Cannes red carpet, it is clear that Sonam is upping the stakes with her fashion choices for her 5th year at the International Film Festival.

With Katrina wowing audiences over the last two days, we really have to applaud Sonam for her stunning outfits and her incredible eye for detail that makes her a true fashion icon.

The Khoobsurat actress has officially arrived at Cannes 2015. What’s next, Sonam?