Shahid Kapoor arrives in Delhi for his Wedding

Shahid Kapoor was spotted at Mumbai airport on the way to his wedding on July 6, 2015. DESIblitz brings you all the latest gossip about the guests and venues.

“Smitten by love. Bitten by the marriage bug. Mira and Shahid.”

Shahid Kapoor is set to kick of his lavish wedding celebrations with his fiancé Mira Rajput on Monday 6th July, 2015, with a sangeet night.

Kapoor and his close family were photographed arriving at the Oberoi Hotel in Gurgaon where they are planning to stay on their way to Delhi for the sangeet.

The sangeet will be held at Mira’s Chattarpur farmhouse. The wedding ceremony itself will be held at the Oberoi Hotel in New Delhi on July 7, where the couple will tie the knot.

Afterwards, the reception and after-party will be held, in all its grandeur, in Mumbai on July 12, 2015. 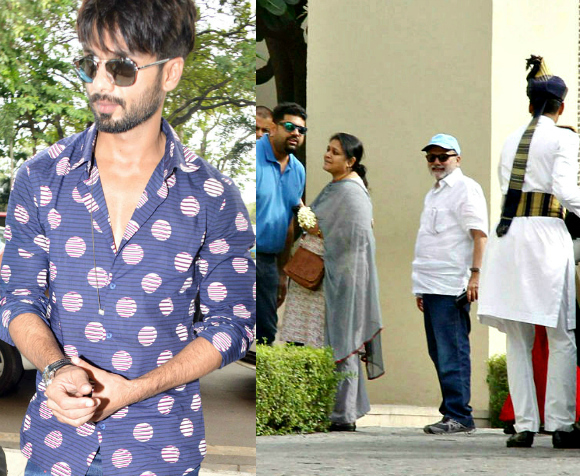 It is estimated that 500 guests have been invited to the celebrity wedding of 2015.

Along with family and friends, Gurinder Singh, the leader of the spiritual group Radha Soami Satsang Beas will also be present.

All of the stars of the Indian film industry are thought to be planning to attend the week-long festivities.

The menu for the wedding is reported to be extremely lavish, and Anu Mobile Paan Bhandar, a famous paan vendor Jaipur, is preparing some of the food.

Anu is a veteran of celebrity events, having already worked at Kareena Kapoor and Saif Ali Khan’s wedding in 2012.

Shahid has reportedly taken a personal approach to his wedding planning. Designer Ravish Kapoor said of the invitations: 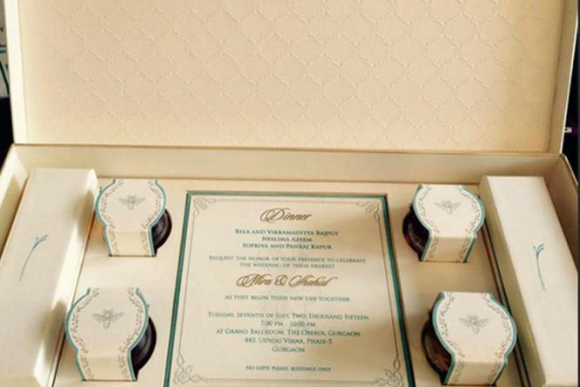 “The credit for colour combination goes to Shahid as he was very particular about colours. From the peacock logo to the front, everything was chosen by Shahid.”

Whilst Kapoor oversaw the invitations, his future wife’s outfits will be a surprise, as she will be wearing creations designed especially for her by Anamika Khanna.

Another cute detail is that Shahid and Mira will also be giving out customised chocolate bars created by Smitten Bakery.

The tagline on each of the bars reads: “Smitten by love. Bitten by the marriage bug. Mira and Shahid.” 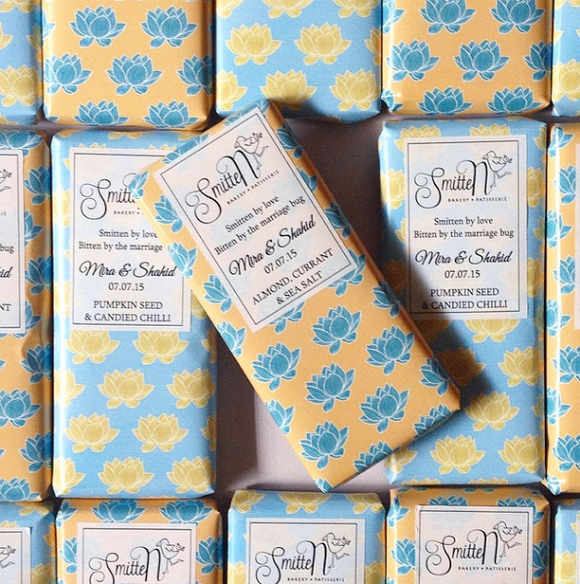 It has also been reported that Kapoor’s ex-girlfriend Kareena Kapoor Khan and her husband Saif Ali Khan have also been invited.

DESIblitz will keep you up to date with all the latest gossip and celebrity appearances as the celebrations for Kapoor’s wedding kick off.

Eleanor is an English undergraduate, who enjoys reading, writing and anything media related. Aside from journalism, she is also passionate about music and believes in the motto: “When you love what you do, you’ll never work another day in your life.”
Amazing Look of Aishwarya Rai in Jazbaa
Salman Khan attends Baba Siddique’s Iftar