Indian TV actress Sreejita De has shared some bold photos on her Instagram showing her wearing a golden bikini with the backdrop of snow around her!

the actress definitely does not look too cold in shots!

When it comes to wearing a bikini most would see it being worn on a beach. However, Indian television actress Sreejita De shows that she can be as good as the Kardashians’ by posing in one in the white backdrop of snow!

Photos personally shared by her on her Instagram account definitely show the boldness of the Piya Ragrezz actress.

She poses in the snow of Gulmarg, a town in Jammu and Kashmir, in the western Himalayas.

The first photo shows her wearing an eye-catching golden bikini in the and her upper body covered by a parka coat.

The stunning actress shows off her bikini-clad figure with washboard abs. 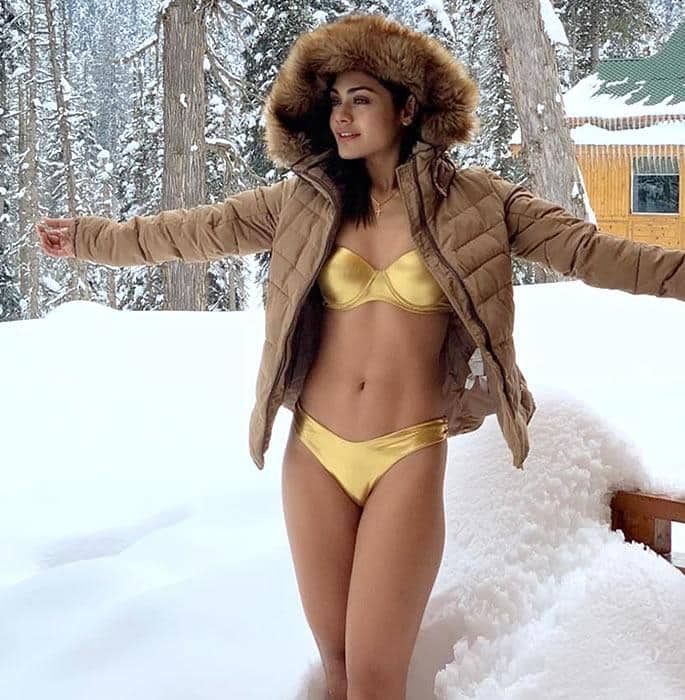 The second photo shows her with nothing on but the golden bikini and boots standing on a wooden deck with snow around her.

Being in such freezing temperatures and surrounded by snow, the actress definitely does not look too cold in shots! 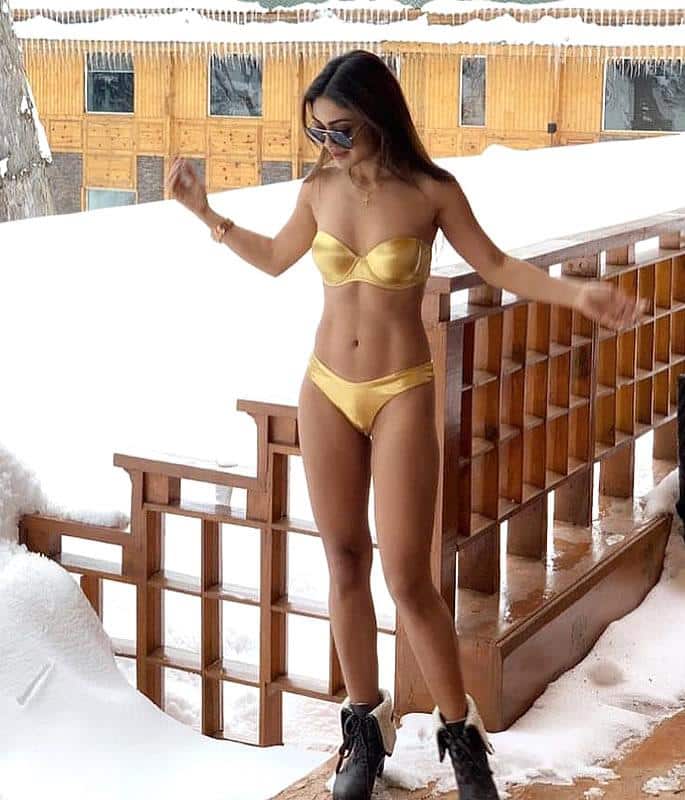 Known for it to be a popular skiing destination, it looks like Sreejita De is on vacation in the town of Gulmarg from where she is sharing some of her more daring snaps with us. 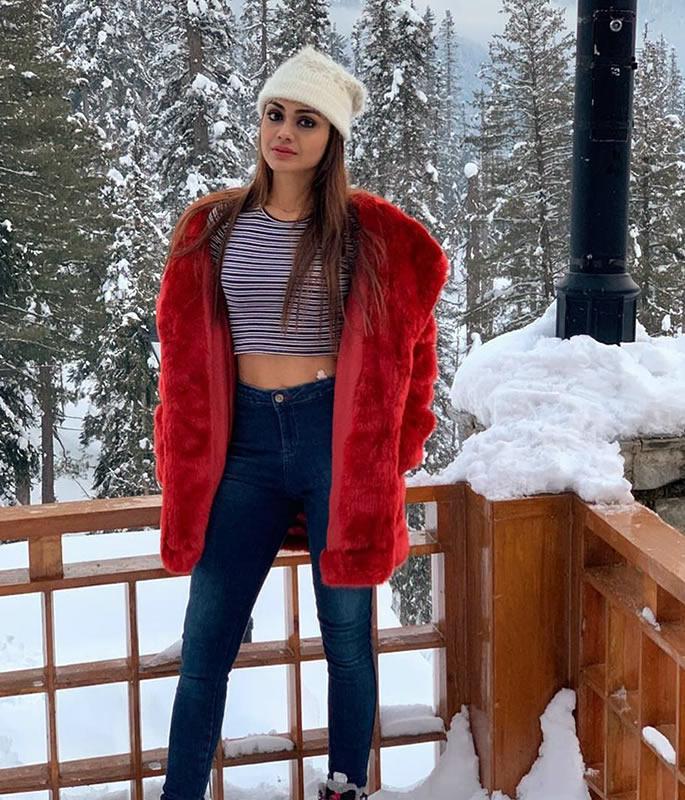 Sreejita De made her debut as Kritika Basu in the Star Plus drama series Kasautii Zindagii Kay in 2001.

TV producer Ekta Kapoor was impressed with her after her debut and offered her the role of Aastha in Karam Apna Apna.

She was nominated twice at the Golden Petal Awards in 2012 for Best Debutant (Female) and Most Janbaaz Personality.

She is currently starring as Dilruba in the Star Plus television drama Nazar.

Sreejita De has also appeared in Bollywood films including her debut which was with Kareena Kapoor Khan in Tashan in 2008, which also starred Akshay Kumar and others.

Other films she subsequently starred in include Luv Ka The End (2011) as Sonia Lovani and Monsoon Shootout (2017) as Geeta.

Sreejita De plays the role of Honey in a new film called Rescue due to release in March 2019 in cinemas. The film is directed by Nayan Pachori.

Nazhat is an ambitious 'Desi' woman with interests in news and lifestyle. As a writer with a determined journalistic flair, she firmly believes in the motto "an investment in knowledge pays the best interest," by Benjamin Franklin.
Ishqbaaz actor Nakuul Mehta celebrates Grandfather’s Birthday
Kartik Aaryan & Kriti Sanon have Fun on Koffee with Karan 6