Graceful Aishwarya Rai back at Cannes 2014

Our favourite Bollywood superstar has been off our screens for quite a while, but Aishwarya Rai Bachchan is geared to take Cannes 2014 by storm and there are even hints of a new Indian film in the making.

“I didn't go anywhere so how will I make a comeback? Somehow I do not understand the word."

Some would say Aishwarya Rai Bachchan never left, but many have missed watching this delicate beauty on the big screen. Now her upcoming presence at the Cannes Film Festival has got the media excited, and rumours even suggest that Ash will be making her Bollywood film comeback very soon.

With Cannes raring to go on May 15, this will mark Ash’s 13th appearance on the red carpet. For 2014, it has also been confirmed that beau Abhishek Bachchan will accompany her this time. The duo were seen together in Cannes in 2008, 2009 and 2010. They are brand ambassadors for AMFAR (American Foundation for AIDS research). 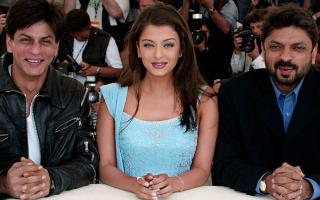 Ash’s connection with Cannes is quite magical. Her movie Devdas (2002), was the most ambitious movie in Indian history and became the first Bollywood film to receive a special screening at the Film Festival.

In 2003, she became the first Indian actor to be a member of jury at the Cannes Film Festival. She was also the member of the elite L’Oreal Dream Team, joining international beauties like Catherine Deneuve and Andie MacDowell.

However, holding such beautiful tag comes at a price. People are obsessed with what she wears, to how much weight she has put on. She looked lovely in a golden sari and a teal gown at Cannes 2013. So it will come as no surprise that as usual all eyes will be on her designer couture attire once again in 2014.

It is common knowledge that she held the title of Miss World in 1994, and being a beauty queen is a given. But what is admirable about Ash is that she actually does enjoy every phase of her life and is dedicated to what she does. In motherhood, rushing to look fit and effortlessly hot to maintain a beautiful image is not as important as being happy and looking after her family and daughter. 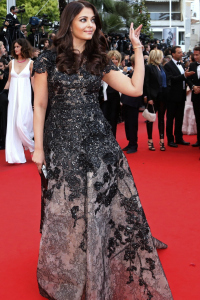 Today, where vanity and showmanship in every frame is considered important, she has the guts to walk the same red carpet at Cannes post-maternity in her overweight figure.

It takes lot of effort and courage to walk and smile at the cameras on a world stage where you are considered one of the most beautiful women and not look your best.

Talking about her comeback which has been highlighted many times in Indian media, nothing has been set in concrete yet.

She recently said: “I didn’t go anywhere so how will I make a comeback? Somehow I do not understand the word. I have just stayed away from films. Once I sign a film, a formal announcement will be made about reading scripts.

“Looking forward to interesting scripts, there have been scripts coming my way and everybody have been asking me about getting down to planning schedules. There are several offers but am slowly getting around to reading scripts now.”

If the umpteen media rumours have to be talked about she was meant to star in Himesh Reshammiya’s remake of Masoom (1983). Prior to this were reports of  Karan Johar’s period drama that was going to serve as her comeback pad. There were also rumours that she was going to be starring against Shahrukh Khan in his upcoming film, Happy New Year (2014). All remains speculative however.

Bollywood has not seen another graceful dancer in the new batch of actresses like Aishwarya or Madhuri Dixit yet, and with the latter already back on the big screen, it would be a joy to see Aishwarya in her element which she truly enjoys: dancing.

Classically trained by the very well respected Lata Surendra, we look forward to seeing Aishwarya in a film which would once again showcase the dancing belle’s grace and poise that she brought in Taal (1999), Hum Dil De Chuke Sanam (1999), and Guru (2007) to name a few of her finer performances to date.

While the wait for her comeback is discussed, there has already been reports on some media outlets about a second pregnancy. The rumours stemmed from her wearing a loose anarkali suit when she was invited as a guest of honour to pay tribute to Sri Sathya Sai Baba. Truth to be told, she looked absolutely stunning in that simple plain attire and looked like her younger self. 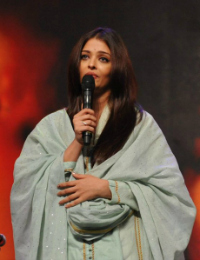 It has also been said that Aishwarya (Miss World, 1994) will be seen in a Mani Ratnam’s film with Sushmita Sen (Miss Universe, 1994) as her first film post-maternity.

If this is true it would be interesting to see two actresses who started their journey almost two decades back in this world of glamour and glitz.

Interestingly, Ash made her debut with Mani Ratnam’s The Duo in 1997, receiving critical acclaim for her role.

Like Shahrukh Khan has rightly and humbly mentioned in the past: “I feel very proud of the fact that when you go to London, France, Germany, the only two Indian names people recognise are Aishwarya Rai and Amitabh Bachchan.”

Ash in the past has been seen in a number of Hollywood films, but one movie she missed due to schedule issues was Will Smith’s Hitch (2005). This popular movie could have sealed her name in Hollywood.

Hopefully the wait will soon be over. DESIblitz is sure the beautiful actress will once again wow and captivate the audience on both the big screen and Cannes. The Cannes International Film Festival kicks off on May 15.

After a short stunt on stage, Archana decided to spend some quality time with her family. Creativity accompanied with an aptitude to connect to others got her to write. Her self motto is: “Humour, humanity and love is what we all need.”
Raishma Islam presents on-line Fusion Collection
Faisana Fashion Weekend launches in London