Sonam Kapoor returns to the French Riviera as a new bride and stuns in a custom made lehenga created by British designer house, Ralph & Russo.

The result is a breathtaking bridal look that will set the trend for years to come.

Newlywed Sonam Kapoor Ahuja may be without her hubby Anand and sister Rhea on her first day at the 71st Cannes Film Festival, it is nevertheless a day filled with love and glamour.

Sonam arrives at the Hotel Martinez in the Unbound Collection by Hyatt in a monochrome polka dot dress from Mother of Pearl’s Spring 2018 collection. She complements the eye-catching dress with a pair of Chloé ankle boots and sunglasses by Victoria Beckham.

Captioning her touchdown Instagram snap with a simple “Hey Cannes!”, the 32-year-old actress is happy to be back and all set for another year of head-turning red carpet action. 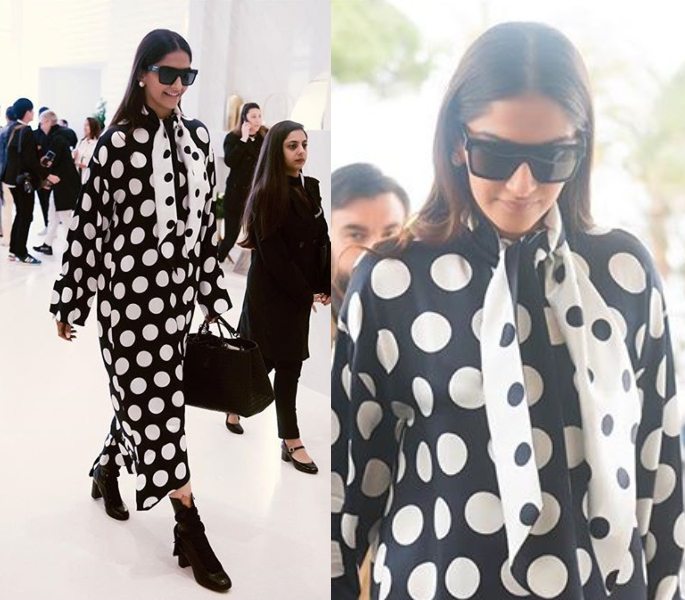 And we cannot believe our eyes when she steps out in an ivory white lehenga in the evening, for the screening of BlacKkKlansman directed by acclaimed American producer and director Spike Lee.

Custom made by Ralph & Russo, the intricately embellished lehenga marries Desi and Western fashion perfectly. The cropped top is uniquely defined by a sheer sleeve on one side and a shoulder cape on the other, which reminds us of the angelic number that she wore at Cannes 2016. This also allows Sonam to showcase the henna from her wedding less than a week ago. 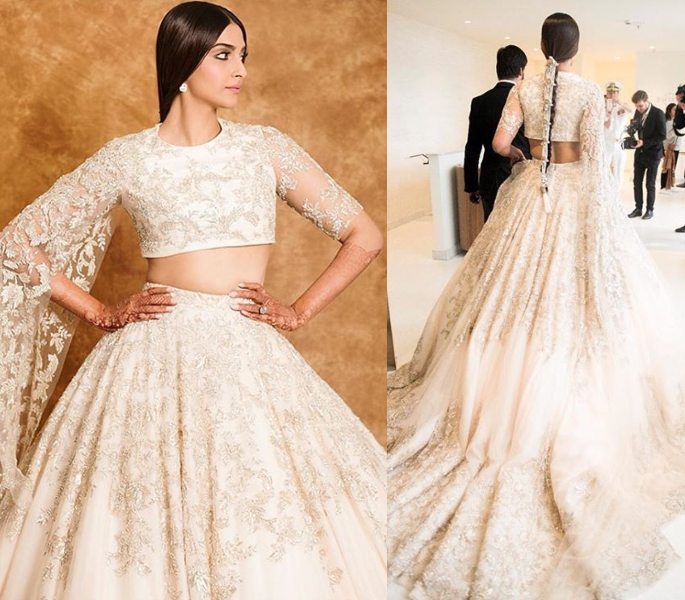 The skirt resembles a ball gown and makes a strong fashion statement on the famously long red carpet. Top it off with a pair of Chopard earrings and a parandi by Amrapali Jewels, and the result is a breathtaking bridal look that will set the trend for years to come.

Strutting down the red carpet to Beyonce’s ‘Love On Top’, Sonam shares the spotlight with Pakistani actress Mahira Khan who looks ethereal in a navy blue body-hugging dress, and American rising star Adam Driver whose film The Man Who Killed Don Quixote will close the festival on 19 May.

Ralph & Russo has been collaborating with Sonam for her recent Cannes appearances, creating one striking look after another. Their professional relationship has even evolved into a personal one, as the British designer duo attended her wedding in Mumbai.

The L’Oréal ambassador will return to Cannes’ red carpet tomorrow, so stay with us for more styling tips from Bollywood’s fashionista!