A stunning Mahira Khan opted for movie star elegance at Cannes 2018. The Pakistani star made her red carpet debut in a figure-hugging black Alberta Ferretti gown.

“Can’t wait to hang out with you at Cannes!”

Pakistani star Mahira Khan made a dazzling debut at the Cannes Film Festival 2018.

Arriving at the South of France on 11th May, the actress spent a few days soaking up the sunshine before finally walking the red carpet on 14th May for the screening of BlacKkKlansman.

Channelling her inner Audrey Hepburn, the Verna actress stunned in a strapless black taffeta gown by designer Alberta Ferretti. The gown hugged Khan’s figure and ended in a mini train that trailed at the back.

Mahira, who is well known for keeping her hair and makeup simple, opted for a bright red lip and Hollywood waves. The final touch was a Chopard necklace and earrings. 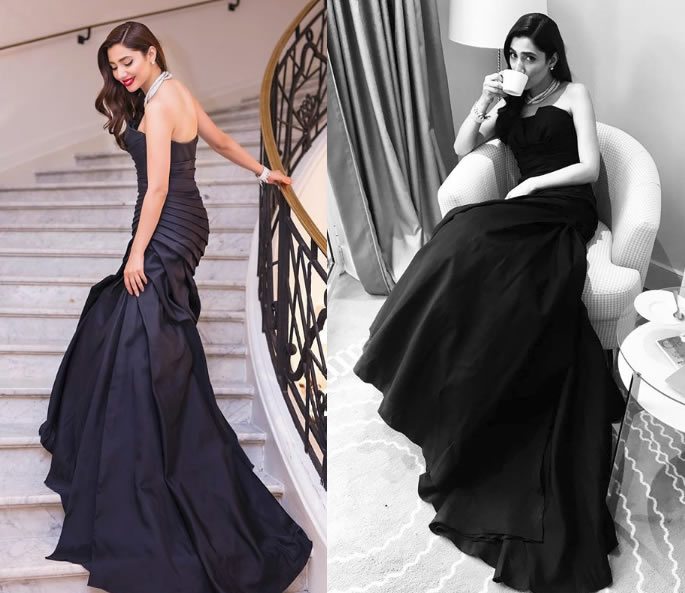 The star had a minor incident the day before when she announced on her Instagram Story that her dress was stuck at Customs.

Sadly, her intended gown didn’t show. Instead, she opted for an elegant dress by Alberta Ferreti. Mahira tweeted:

What made Mahira’s red carpet appearance even more special was that she was joined by newly married Sonam Kapoor Ahuja. 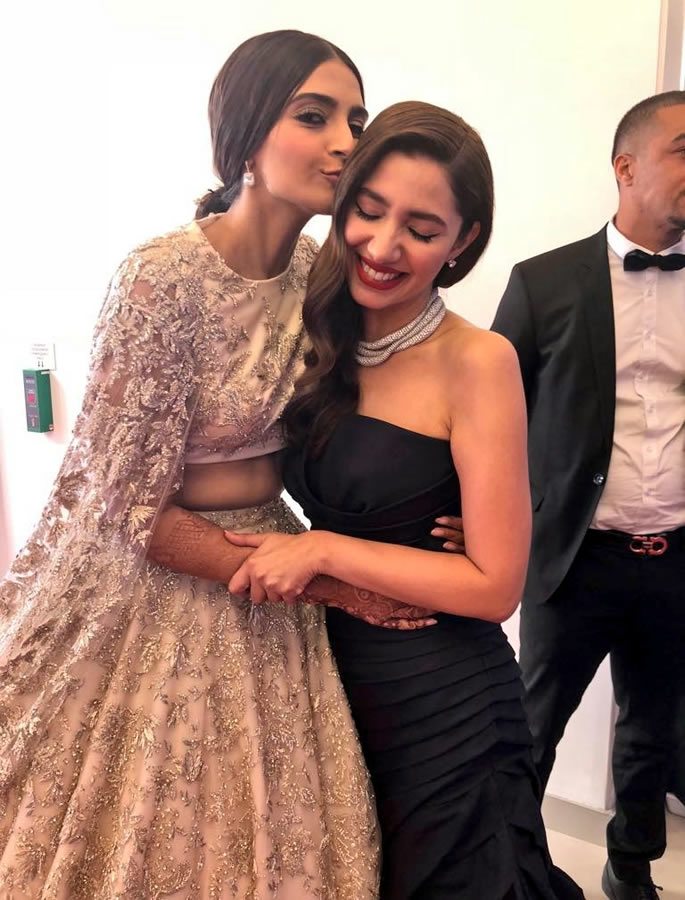 Mahira recently tweeted the star, congratulating her on her recent nuptials. Sonam later responded saying: “Can’t wait to hang out with you at cannes!”

Thanks so much mahira! Can’t wait to hang out with you at cannes! https://t.co/VkR1kVedzB

Mahira and Sonam eventually reunited on the red carpet, with an adorable picture surfaced of the pair warmly embracing.

Interestingly, Mahira is not the first Pakistani actress to walk the Cannes red carpet. In fact, in 2013, Armeena Khan walked the red carpet with her fiance Fesl Khan to promote her British short film Writhe.

The actress posted a throwback on her Instagram page and wished Mahira luck. 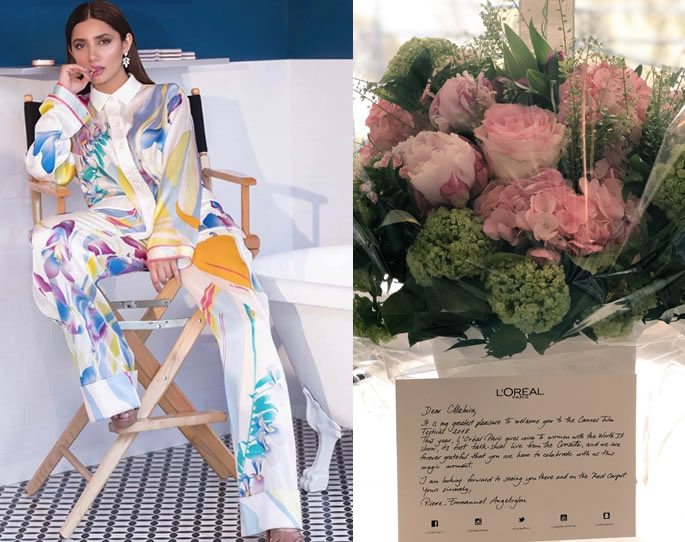 Representing both Pakistan and L’Oreal Paris as one of their ambassadors, Mahira has enjoyed a few fun-filled days on the French Riviera.

At a press conference, Mahira said:

“I am excited but also very nervous. Everyone keeps telling me, ‘this must be so exciting’ and I keep telling them that I feel like I am a player for a Pakistani team but I am playing alone.

“I am very grateful to be associated with this brand. There are so many international stars that have been representing L’Oreal at Cannes and I am on my nerves to stand beside them.”

The starlet has been keeping active on Instagram sharing some breathtaking outfits for various media calls.

In particular, Khan posed next to the L’Oreal Paris lipstick bathtub wearing a silky multi-coloured pyjama suit by Leonard Paris. 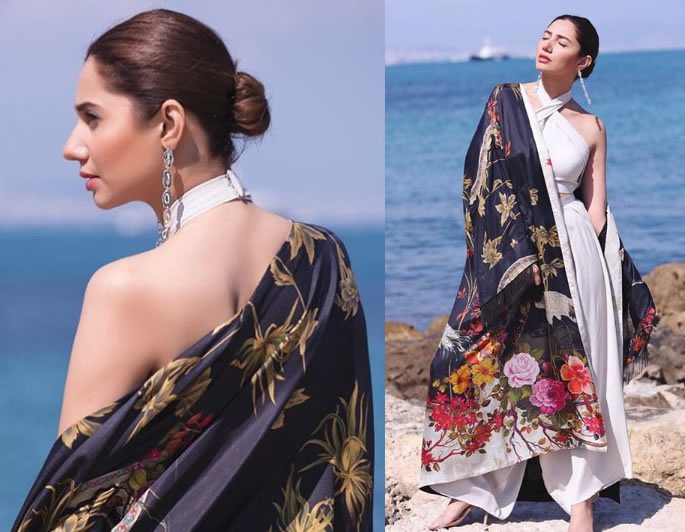 Khan looked effortlessly chic in a Nisa Nur kimono, paired with harem pants and a crossover bustier by Elan and Long Plankton Earrings by Zohra Rahman.

The Raees actress then wore a canary yellow Rosa top and Hestia trousers from Solace London’s Spring Summer 18 collection. She completed the look with classic Louboutins. 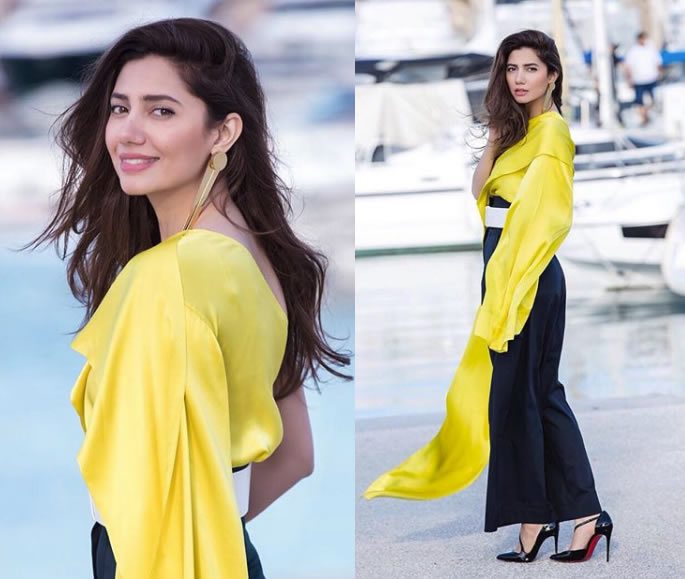 Of course, Mahira wouldn’t be Mahira without rocking the Desi attire. We particularly love the intricate detailing on this elegant Menahel and Mehreen saree.

The silky dusty pink saree featured whirling dervishes on the pallu, while the blouse was encrusted with glittering crystals. 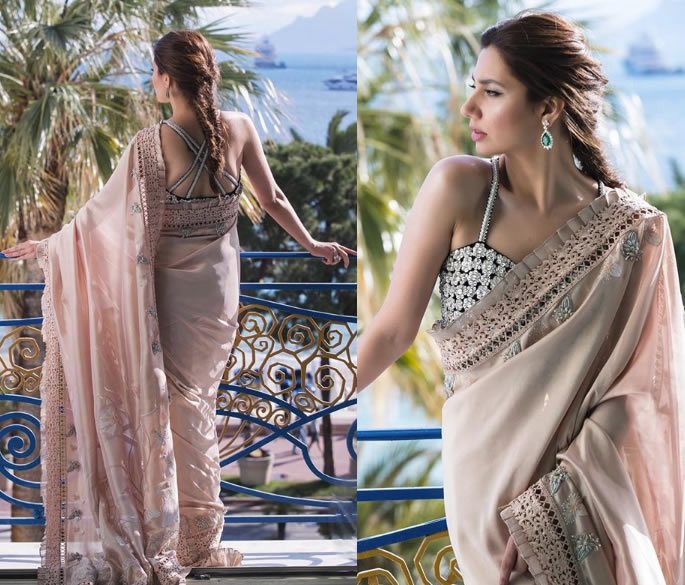 Mahira then wore a printed chiffon gown with balloon sleeves by Blumarine. The star looks adorable as she casually relaxes on some marble steps. 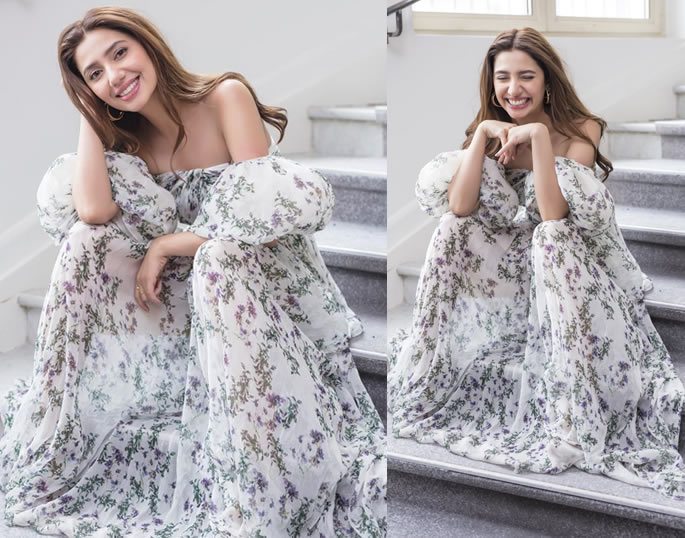 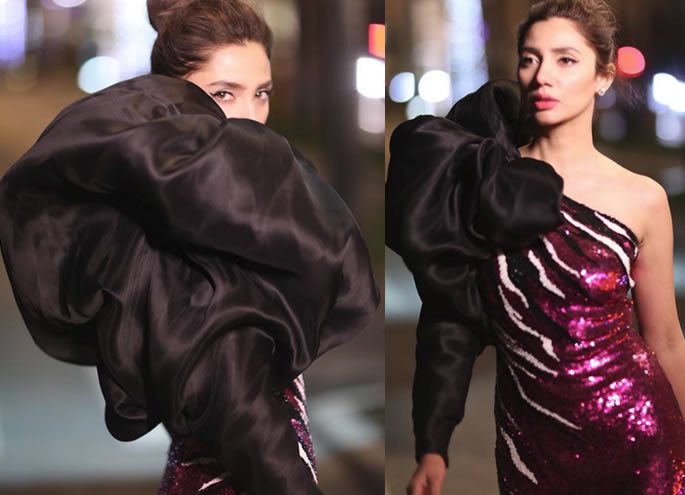 Finally, Mahira stunned in an airy lavender gown by Dubai fashion house Maison Yeya. The strapless number looks beautiful on Mahira, who keeps her makeup and accessories to a minimum.

To complete the look, Khan shows off her trademark locks in casual waves. 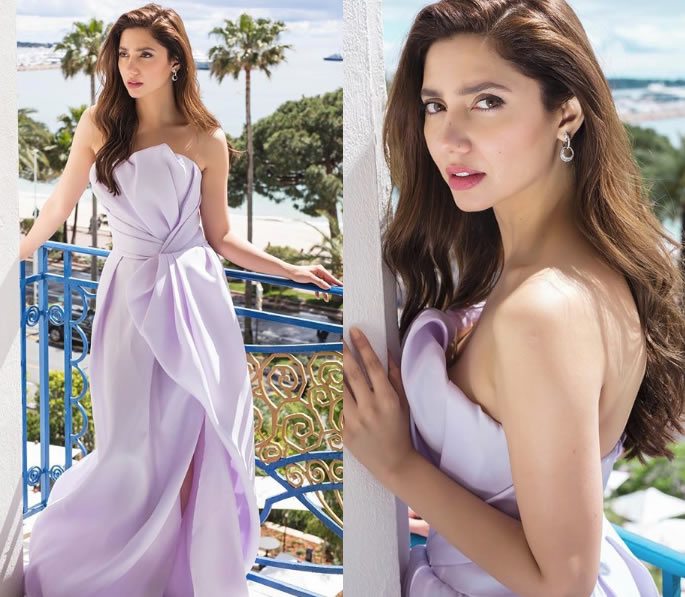 Mahira’s Cannes debut has been an undeniable success. Fans have been soaking in all the behind the scenes antics of their favourite star and the reaction to her elegant outfits has been incredibly positive.

By representing Pakistan and supporting L’Oreal Paris, the starlet has left a lasting impact on the French Riviera, and we can’t wait to see more from this charming fashionista!

Fans of Mahira can look forward to seeing the star in upcoming romantic-comedy 7 Din Mohabbat In with Pakistani heartthrob Sheheryar Munawar. The film will release in cinemas in June 2018.

Mahira will also reunite with Humsafar co-star Fawad Khan for Maula Jatt 2, which will also release in 2018.