Bollywood beauty Katrina Kaif has officially arrived at Cannes! The actress made her red carpet debut in a stunning Oscar de la Renta gown for the opening day of Cannes on May 13, 2015.

"Not really a selfie person but my first exclusive one for all my beautiful fans.."

There is a new Bollywood Belle at Cannes!

Katrina Kaif has landed in the South of France to grace the prestigious red carpet on the opening day of the 2015 Cannes Film Festival.

The star stunned on the red carpet in a gorgeous Oscar de la Renta strapless gown with black lace and sheer panelling.

Her red carpet debut was for the premier of the film, La Tete Haute. 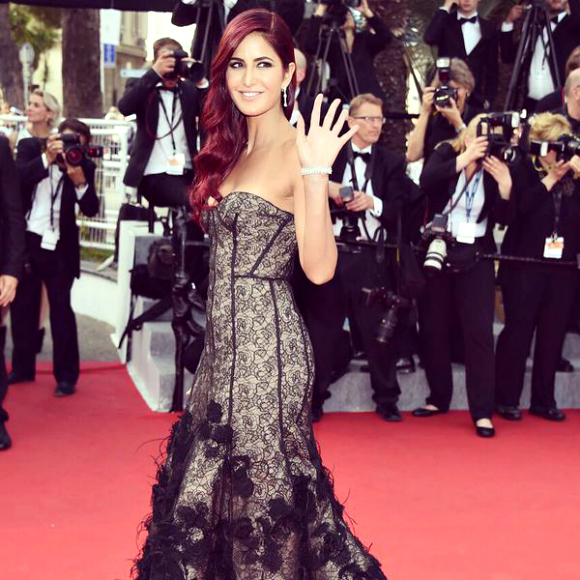 Flying in with a lot of luggage and her beauty entourage, the Brand Ambassador for L’Oreal Paris India arrived in the French Riviera on May 12, 2015 – a day before the official start of the 68th Cannes International Film Festival.

She donned a white and black number for press interviews on May 13, 2015, just a few hours before her red carpet appearance. The crop top and skirt was designed by Milly, and matched perfectly with her luscious red locks. 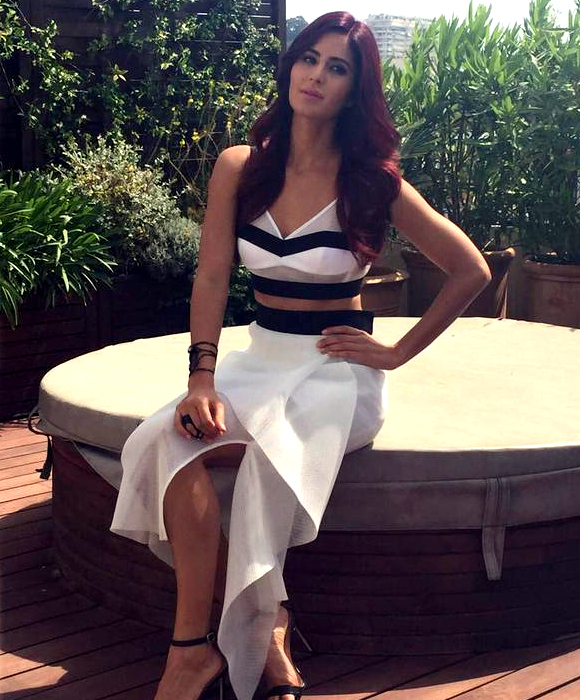 Using her @KatrinaAtCannes Twitter handle specially created for her trip, Kat has been keeping fans up-to-date with all her Cannes-related movements.

The actress has been tweeting many behind the scenes selfies and pics from her suite at the Grand Hyatt Martinez. She was even snapped taking a selfie with Hollywood actress, Julianne Moore!

Thank you for all the love! Not really a selfie person but my first exclusive one for all my beautiful fans.. pic.twitter.com/2BaRgsS74K

Katrina is also expected to appear on the red carpet tomorrow (May 14, 2015) with what we hope will be yet another jaw-dropping look.

She will also be modelling for a special L’Oreal Paris shoot alongside her fellow brand ambassadors.

With the actress being so active on Twitter, it is clear that Katrina is very glad to be in the South of France and finally making her Cannes debut.

Sadly, her initial introduction to Cannes was cut short when she cancelled the trip at the last minute in 2014.

But we are pretty glad she made it this year! Having turned many heads already, Kat looks every inch a star, and we cannot wait to see more of her red carpet appearances at Cannes 2015!