Desi WWE wrestler, Mustafa Ali entered his first ‘Royal Rumble.’ His performance was nothing short of incredible as he eliminated big names in the match.

"now I'm going to be 'the Heart of the Royal Rumble.'"

It features the namesake match where thirty participants enter the ring at timed intervals. The draw for the entrant numbers happens well in advance.

The objective is to be the last person standing. Eliminations occur when a participant goes over the top rope with both feet touching the ground.

The winner of the men’s match earns themselves a World Championship opportunity of their choice.

They can choose either Raw’s WWE Universal Championship or SmackDown Live’s WWE Championship. 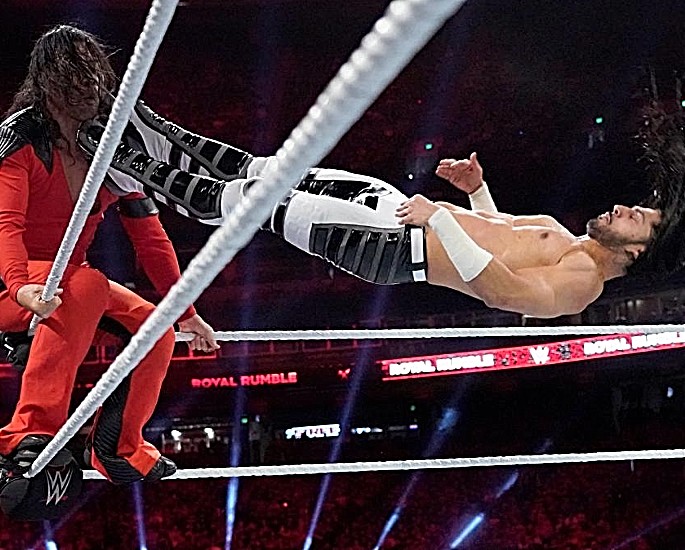 Audiences were elated upon hearing Ali’s intentions on entering the Royal Rumble.

Mustafa Ali has been giving audiences highly acclaimed WWE performances since his arrival in 2016. He was a regular on the Cruiserweights’ show, 205 Live from 2016 to 2018.

Towards the end of 2018, he was transferred over to SmackDown Live. Here, he had picked up victories against former NXT Champion, Manuel Oropesa ‘Andrade “Cien” Almas’ (MEX) and the WWE Champion, Bryan Danielson ‘Daniel Bryan’ (USA) in a non-title match.

During a pre-match interview, Ali talked about what performing in the Royal Rumble match meant to him. He said:

“The Royal Rumble [pay-per-view] is something that I’ve been watching my entire life. We’re going to be, today, trying to realise this reality.

“So now to know that, not only I’m in the Royal Rumble, I’m an entrant, people are pulling for me. It’s more than just surreal. I’m trying to wake up.”

“This is my first Royal Rumble [match], so research with anything that goes hand-in-hand with it. I’ve been talking to the other Superstars about strategies and tips.

Watch Mustafa Ali share his thoughts prior to his Royal Rumble debut: 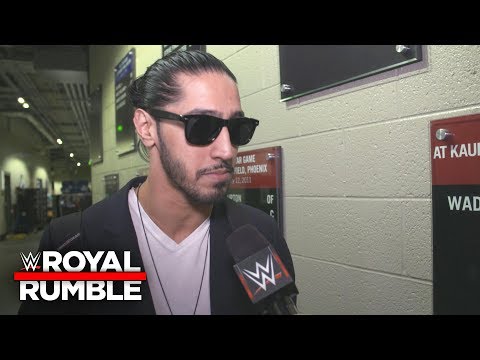 He posted a side by side photo of himself and Muhammad Ali on social media, captioning it,

Shinsuke Nakamura (JPN), who won the United States Championship earlier in the evening, turned his attention to Ali. Nakamura attempted to strike him down but the agility of Mustafa gave him the upper hand.

Shinsuke was seated on the top rope, preparing for an aerial attack. However, Ali sent Nakamura tumbling to the ground with a well-placed dropkick, eliminating him in the process.

Shinsuke was the winner of the Royal Rumble match in 2018 and challenged Allen Neal Jones ‘AJ Styles’ (USA) for the WWE Championship at Wrestlemania 34.

Gargano made a mistake as he ate a couple of kicks and got spiked with a tornado DDT, driving his head into the mat.

After realising Samoa Joe got back to his feet, Mustafa charged at him, but Joe was ready this time, throwing him into the turnbuckles.

Ali was nearly eliminated by the WWE United Kingdom Champion, Peter England ‘Pete Dunne’ (GBR) after being thrown over the top rope.

He managed to hold on to the rope, thus, stopping his feet from hitting the floor.

Later on, he targeted Tom Budgen ‘Aleister Black’ (NED). Though this might have been a mistake. Mustafa attempted a springboard cross body block but took a knee to the face by Black.

With an assist from Shelton Benjamin (USA), Ali eliminated his rival, Samoa Joe.

As Almas attempted a superplex to Mustafa from the top rope, Strowman held Almas in an electric chair position whilst he had Ali in a suplex hold.

Mysterio jumped off the top turnbuckle and clotheslined the abdominal region of Mustafa. The momentum slammed Ali, Almas and Strowman into the mat, with Mustafa crashing the hardest. 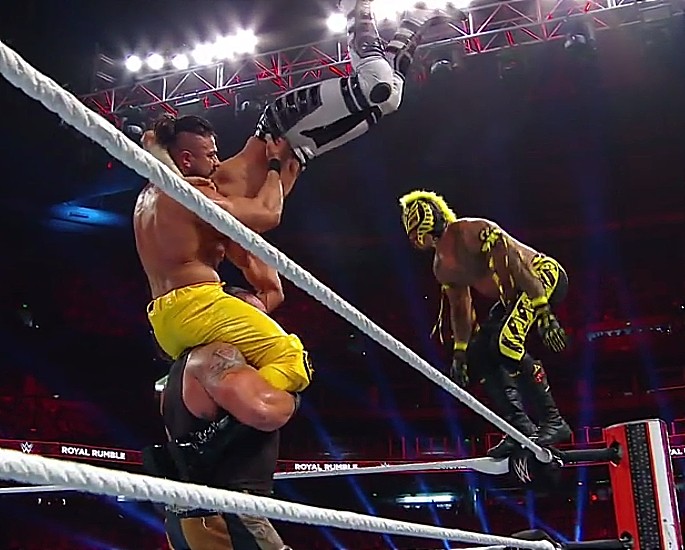 The former Raw women’s champion and cousin of Dwayne “The Rock” Johnson (USA) entered the match at number 30.

After knocking down all the men in the ring, she set her sights on a confused Mustafa who refused to strike her.

After giving Ali headbutt, she hoisted him up on her shoulders and Samoan dropped him over the top rope, sending him to the ground.

She also competed in the women’s Royal Rumble match earlier in the evening finishing in third place. 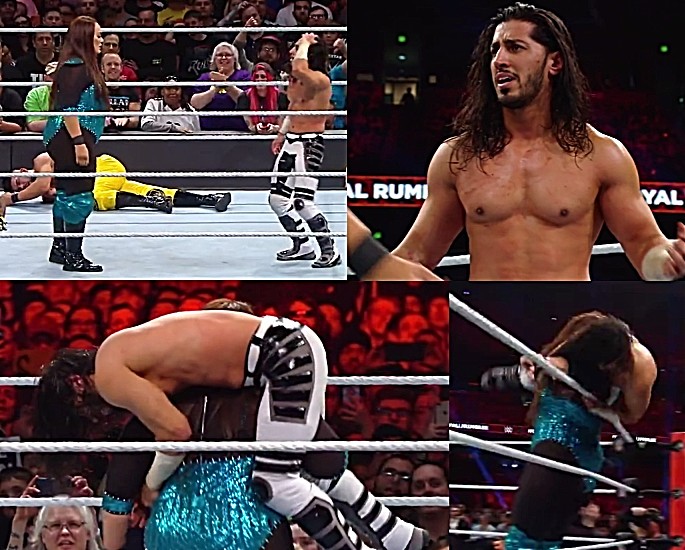 ATTENTION: @NiaJaxWWE is IN the Men's #RoyalRumble Match, and she just ELIMINATED @MustafaAliWWE! #RoyalRumble pic.twitter.com/Zp7hRAkUiS

Fans were immensely proud of Mustafa’s performance with many going on Twitter to share their support for him.

“Bro the wrestling world is so proud of Mustafa Ali. Constantly killing it.”

“Literally catches the ball every time and never drops it.”

Bro the wrestling world is so proud of Mustafa Ali. Constantly killing it. Literally catches the ball every time and never drops it. https://t.co/IqQbr6APK6

“I can never not tell @MustafaAliWWE how proud I am of him and what he did and is doing.

“We had a short encounter but I love him dearly. He is what we all should be doing. Make your own path.”

I can never not tell @MustafaAliWWE how proud I am of him and what he did and is doing. We had a short encounter but I love him dearly. He is what we all should be doing. Make your own path.

Fellow Desi wrestler, Yuvraj Dhesi ‘Jinder Mahal’ (CAN) also made an appearance in the Royal Rumble match. However, his performance was disappointing having only lasted a mere twenty-nine seconds.

He was accompanied by Harvinder Sihra ‘Samir Singh’ (CAN) and Gurvinder Sihra ‘Sunil Singh’. Though the brothers were not officially in the match, they took a beating off several participants.

Mahal was eliminated by the North American Champion, Johnny Gargano of NXT.

Looking back at the performance of Ali, he definitely made a statement. He eliminated Samoa Joe, a former NXT champion and Shinsuke Nakamura, the United States champion.

Not only that, Shinsuke was the winner of the 2018 men’s Royal Rumble match. Talk about an upset!

This could set Mustafa up for a future United States Championship opportunity. With WWE on the road to WrestleMania 35, fans would love to see him perform at WrestleMania again.