Shahid Kapoor is a phenomenal Indian actor and dancer. We look back on Shahid’s best and most impressive film performances in Bollywood.

Shahid Kapoor’s rise to Bollywood stardom has been truly impressive.

Before becoming the award-winning actor that he is today, Shahid initially joined Shiamak Davar’s dance academy and appeared as a background dancer in a few films.

From adorning Aishwarya Rai Bachchan with a white cloth in Taal, to tying-the-knot with Mira Rajput, his journey to success has not been without its pitfalls.

Shahid’s (aka Sasha) professional and humble approach to triumph is truly commendable. In fact, he strongly believes:

DESIblitz looks back at the 35-year-old actor’s Bollywood journey with his seven most impactful film roles. 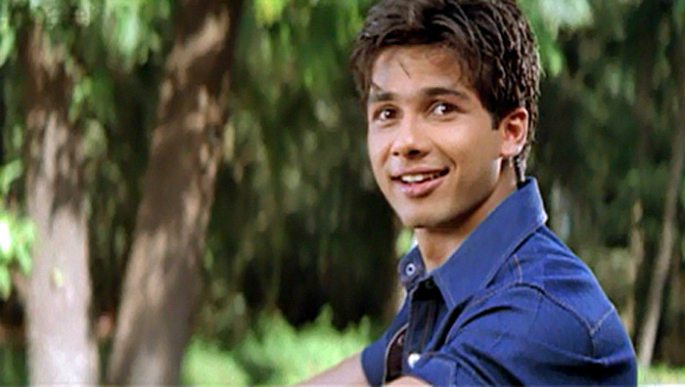 Shahid plays the role of Rajiv Mathur, a young, flirty college boy who disregards the feelings of his childhood friend, Payal (Amrita Rao).

His performance is natural and reminds us of our youth. Furthermore, it also reinforces that love can happen at any time, any day and at any age.

Welcoming Shahid into the industry, Taran Adarsh applauds: “Very original as a performer, the youngster has handled the dramatic and emotional moments with flourish. He is an exceptional dancer as well.” 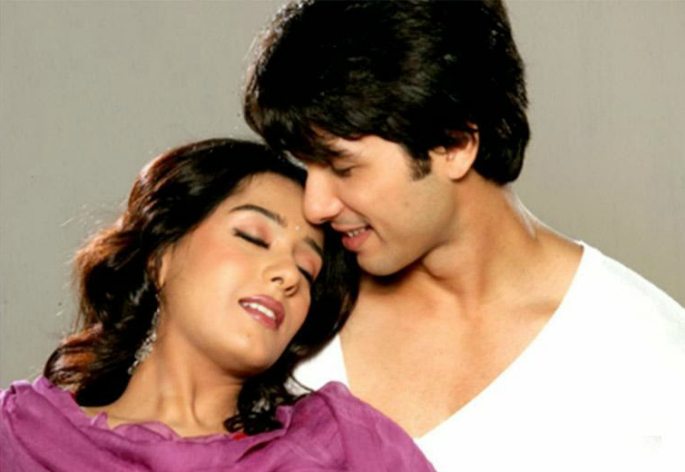 The character of Prem is completely opposite to Rajiv Mathur. This role is mature and extremely soft-spoken, like any quintessential Sooraj Barjatya chocolate boy.

Shahid Kapoor essays the son of a rich business tycoon. Despite being affluent, Prem remains down-to-earth.

Even when he finds out that the body of his fiancé (Amrita Rao) is burnt, his love for her does not decrease. Now, this is exactly what true love is about!

Planet Bollywood warmly praises: “Today, there is no better looking Bollywood Jodi than Shahid and Amrita. Their chemistry is simply amazing. They are equally as impressive in scenes without each other.” 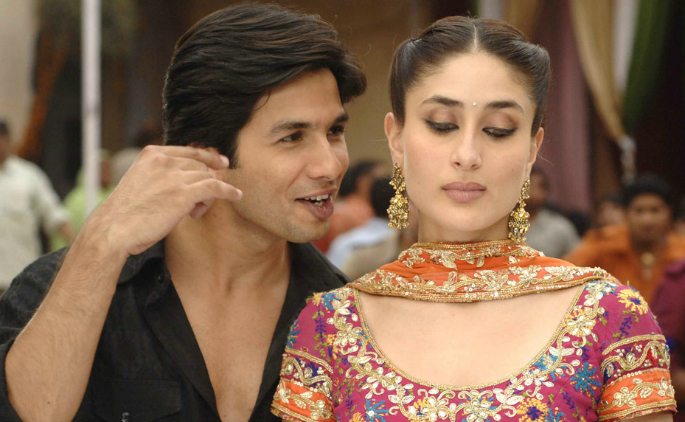 Jab We Met was arguably the turning point of Shahid’s career. The film was a huge success, aided by his real-life relationship and subsequent breakup with co-star Kareena Kapoor Khan.

Moving away from the chocolate-boy hero, this was a slightly serious character written by Imtiaz Ali.

Aditya Kashyap is a heartbroken man, until one day he coincidentally meets the happy-go-lucky Geet (Kareena Kapoor Khan), whilst on a train to Bhatinda.

As haywire and comical adventures commence, the audience travels with Aditya on his journey from being a Devdas-style brooding lover to a free-spirited man.

Shahid’s role is very relatable to us. For example, Aditya tells the despondent Geet to call her ex and swear at him. Whilst this is slightly exaggerated, but the main lesson here is that we just need some humour to help us move on from pain! 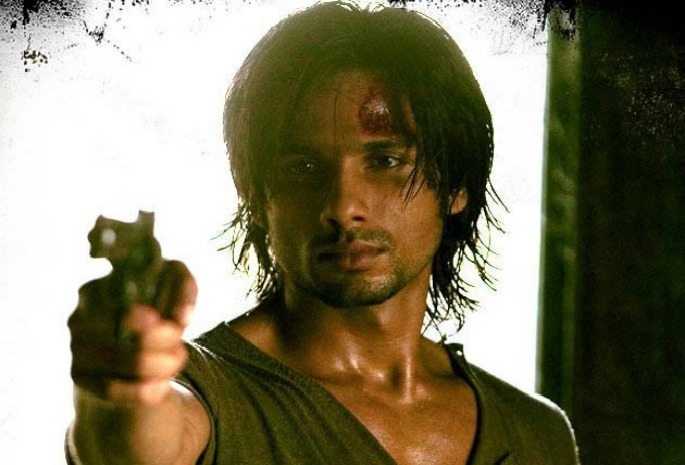 “Main ‘F’ ko ‘F’ bolta hoon.” Remember this dialogue? For the very first time, we saw Shahid in a double role and that too for a Vishal Bharadwaj film.

For this fine performance, Shahid won the ‘Best Actor’ trophy at Screen Awards and in the ‘Editor’s Choice’ category at the Stardust Awards.

Meet Guddu – an ordinary man, whose girlfriend (Priyanka Chopra) is pregnant prior to marriage. His major issue is that he stutters. Guddu’s twin brother, Charlie, on the other hand, has a lisp. In order to fulfil his dream of becoming a bookmaker, he works alongside criminal brothers.

Shahid plays these two characters with such ease and perfection. Sify comments:

“Shahid takes a really big leap with Kaminey. Note how he handles the two characters, Guddu and Charlie, brilliantly. This film is a step to superstardom and also which will open new doors and vistas for him as an actor.” 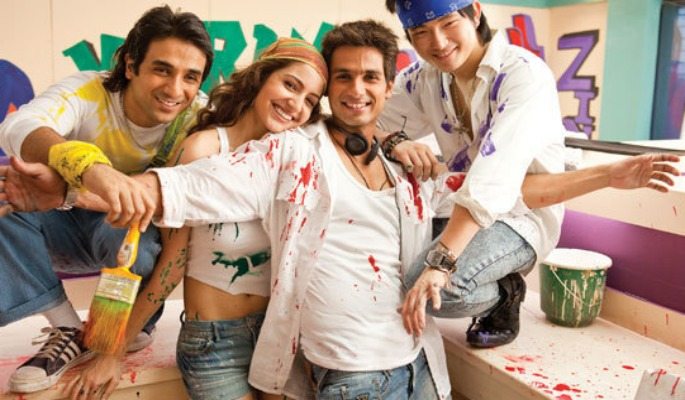 Hum Aapke Hain ‘Con’, the perfect way to sum up this role! Here as Karan, Shahid is smart, sexy and incredibly stylish.

He plays an ambitious guy seeking a lot of wealth. He begins his short-cut to success with smuggling branded shoes into India without any customs charges. Along with his ‘Badmaash Company’, made up of Meiyang Chang, Vir Das and Anushka Sharma, the heists get bigger and more dangerous!

Koimoi writes: “His expressions, his body language, his acting and even the smallest of his nuances – all suggest that he has slipped into the character of Karan.” 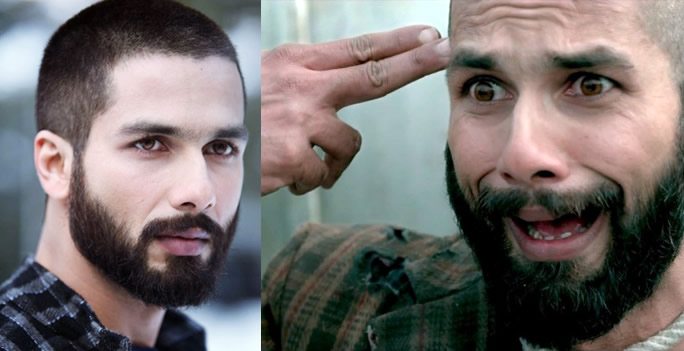 Haider was another collaboration with Vishal Bharadwaj which proved to be fruitful for Shahid.

In fact, this is probably his biggest film till date. Shahid Kapoor swept several the “Best Actor” award at several high-profile ceremonies including Filmfare, Screen and Stardust.

Depicting the Shakespearean role of Hamlet, in this case, Haider is not a walk in the park. It is an immensely abstracts and complex, with several shades of grey. Shahid left no stone unturned for this character.

What’s more impressive is that he memorised a six-page monologue for the climax where his character Haider goes mad. He presented the delivery of that monologue in front of a crowd of 5,000 listening. 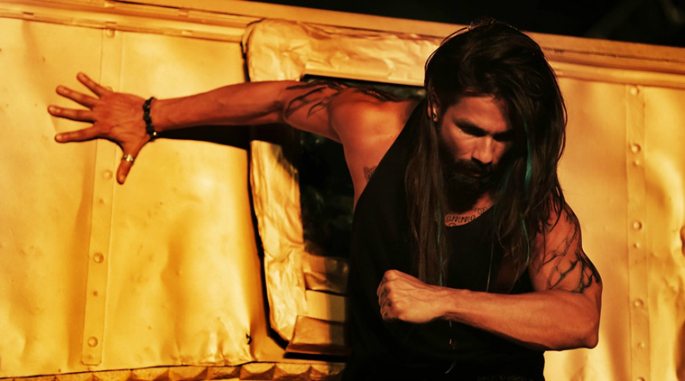 Tommy demonstrates the transition from an addict rockstar to a sensible guy smoothly. Moreover, his chemistry with Alia Bhatt (this time at least) is definitely Shaandaar.

Whilst his performance is funny, it fully encapsulates the emotions that a drug addict undergoes. Only an actor like Shahid Kapoor could do this well!

Bollywood Hungama positively comments: “He manages to pull off his role well while bringing in much-needed humour in this otherwise serious film.”

Overall, Shahid Kapoor is one of the finest actors in Bollywood. From playing a chocolate boy to a dark, abstract character, Shahid can mould into any role with excellence.

One looks forward to seeing what the Haider actor has to offer in Rangoon and Padmavati. All the best Shahid!

Anuj is a journalism graduate. His passion is in Film, Television, dancing, acting and presenting. His ambition is to become a movie critic and host his own talk show. His motto is: "Believe you can and you're halfway there."
Bangalore Mass Molestation of Girls Condemned by Bollywood
Iulia Vantur dances to Salman Khan’s songs on stage