Salman Khan’s ‘rumoured’ girlfriend Iulia Vantur took to the stage performing to a number of Salman’s songs at the Stardust Awards.

The Romanian-born star told everyone that she was in love with someone already.

Iulia Vantur sparked even more dating rumours between herself and Salman Khan when she danced to a number of his songs on stage.

The 36-year-old Romanian beauty performed at the Stardust Awards. She danced to popular Salman Khan songs, such as ‘Main Hoon Hero Tera’ – which was sung by Salman himself.

Iulia Vantur looked stunning on stage and has been making appearances in Bollywood, rumouring a career set in sights.

Vantur is definitely making her presence felt in Bollywood by appearing at the glitzy Startdust show.

The show features some of the biggest names in Bollywood on stage including the badshah Shahrukh Khan dancing to ‘Ye Kaali Kaali Aankhen’ from Bazigaar.

Watch a glimpse of her performance in this Colors TV Tweet, performing:

Your favourite celebs are all geared to rock you with their electric performances at #SansuiColorsStardustAwards! Here's a glimpse! pic.twitter.com/RxXQIKj2uE

Although Khan and Vantur have been spotted walking together, and holding hands on separate occasions, they have both firmly denied they are in a relationship.

Iulia Vantur confirmed via Indian Express, that she and Khan were not dating. The beauty said: “We are just very good friends.

However, despite what the pair may have said about their relationship statuses regarding each other, Vantur has even been spotted with Khan’s mum Salma. 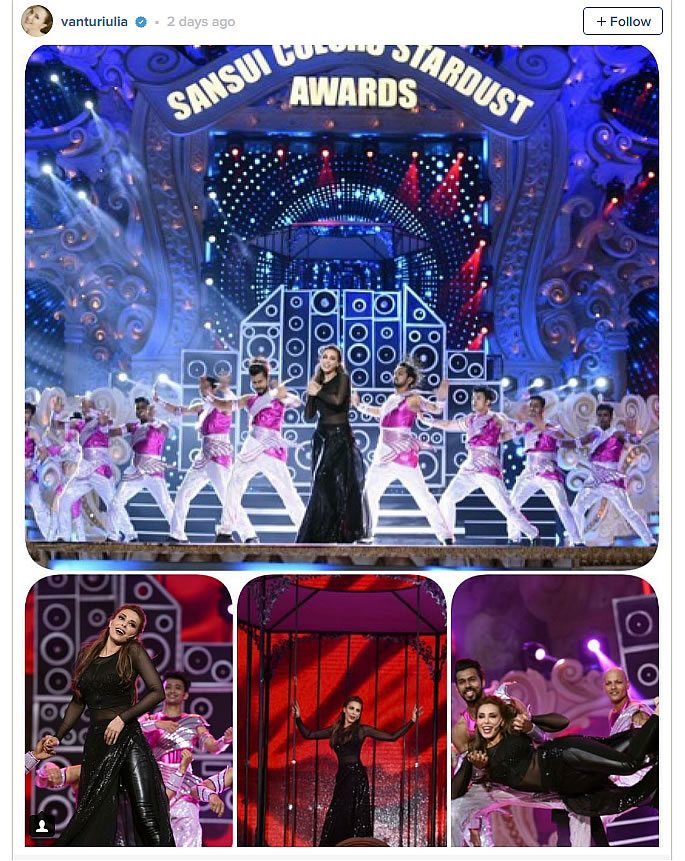 Another hint may have been given by Vantur when she made an appearance on the Kapil Sharma Show. Iulia was a guest star alongside Himesh Reshammiya when an audience member asked her to marry their son.

The Romanian-born star told everyone that she was in love with someone already. She said: “My heart belongs to someone else.” 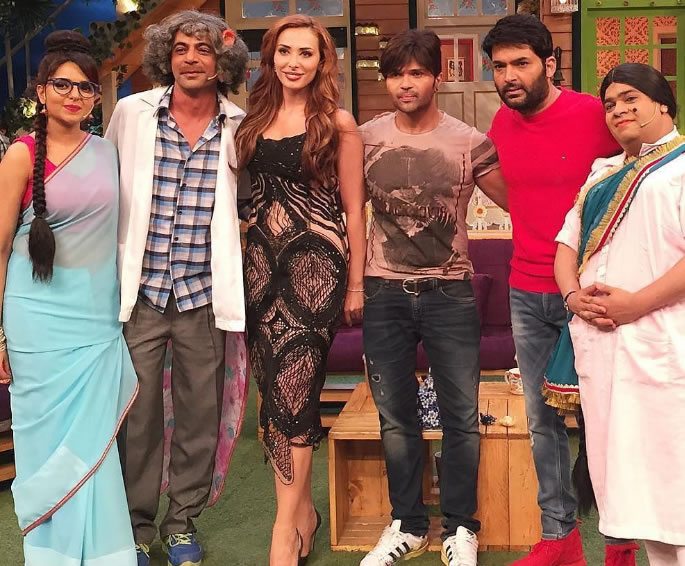 This has led to more speculation that the man Vantur was speaking of – was Salman Khan.

Iulia Vantur recently teamed up with singer Himesh Reshmmaiya, with whom she recorded song “Aapse Mausiiquii.” She told how she had tried hard to pick up the voice needed for the Indian song.

“I am thankful to Salman for introducing me to this country. Every time I leave this place, I have tears in my eyes…Salman is a very good friend, and not just to me but to everyone he meets.”

Dancing in not just Iulia’s forte, she also sings, and she has collaborated and sung on a song with Himesh Reshammiya for his new album ‘Aap Se Mausiiquii’.

Alima is a free-spirited writer, aspiring novelist and insanely weird Lewis Hamilton fan. She's a Shakespeare enthusiast, with a view: "If it were easy, everyone would do it." (Loki)
Shahid Kapoor’s Most Impressive Film Roles
Dabboo Ratnani Calendar 2017