Sources say that Iulia Vantur has been Salman Khan’s girlfriend for some time. Salman even introduced the Romanian beauty at his baby sister Arpita’s wedding.

"Salman is in love with Iulia. She is very comfortable with his family too."

Is it official? A close source has suggested that Salman Khan has admitted to Iulia Vantur being his girlfriend at his baby sister Arpita’s wedding.

The Times of India reported on 21st November 2014, that a source present at the wedding in Hyderabad said: “Salman and Iulia were always together.

“There have been rumours linking him to Jacqueline Fernandez and Daisy Shah, but the fact is that Salman is in love with Iulia. She is very comfortable with his family too.”

DESIblitz previously reported on speculation linking Salman and Iulia in May 2013, where rumours of the relationship were afloat. 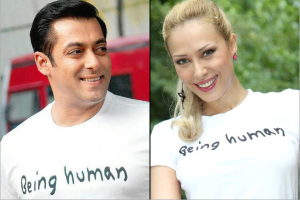 With Arpita’s wedding nuptials in full swing, Iulia has been staying at a 5-star hotel in the uber-trendy Bandra, which is very close to Salman’s Galaxy apartments home. According to the same source, Salman is paying all of her bills.

Arpita however, has allegedly been unhappy about her brother’s close proximity to Iulia. She feels that Iulia might be using Salman to open a door to a career path in Bollywood.

Iulia though, is no stranger to the big screen having already appeared in an item number for Atul Agnihotri’s O Teri (2014).

Iulia is a Romanian TV presenter, actress, and model, who has a high-profile in the East European country. The two of them met when Salman was shooting Ek Tha Tiger (2012) in Dublin.

At the time, she had been dating Marius Moga, a Romanian Grammy-nominated music producer and singer. But Iulia and Marius later split in 2012. 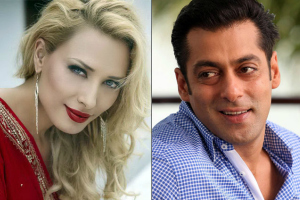 If the speculation is to be believed, then this will begin a new chapter in Salman’s romantic life. His previous relationships have been the staple of the Indian news and entertainment media.

The first woman in his life was Sangeeta Bijlani, but the relationship later broke down. Sangeeta went on to marry India cricket captain, Mohammed Azharuddin. Despite the break-up, Sangeeta and Salman remain close friends to this day.

During the 1990s, Salman and Pakistani Bollywood actress Somy Ali were the Bollywood ‘Posh and Becks’. When stories of his physical abuse towards Somy appeared in the news media, their relationship ended.

Aishwarya Rai, then a breakout star after winning Miss World, became Salman’s next high-profile relationship. Their relationship came to an end in April 2002, after which Aishwarya accused him of harassment.

She said that Salman had been unable to come to terms with their break-up and had been relentlessly hounding her. This led to her mother and father filing a harassment case against him.

The Bollywood power-duo of the noughties was Salman and Katrina Kaif. At the beginning they kept their relationship a secret. Once their relationship became common knowledge, they became famous for constantly breaking up, and then making up.

The two split at the end of the decade, but remain best friends. Kaif has ingratiated herself in with Salman’s family to such an extent, that she is even a frequent visitor for Eid and family events.

The likelihood of Salman being in a relationship with Iulia Vantur will have followers of Bollywood and Salmaniacs everywhere anticipating announcements of marriage plans. But hold your horses, there has been no news of that just yet!

Harvey is a Rock ‘N’ Roll Singh and sports geek who enjoys cooking and travelling. This crazy guy loves to do impressions of different accents. His motto is: “Life is precious, so embrace every moment!”
Govinda joins Saif Ali Khan for Happy Ending
Deepika and Hrithik caught kissing?