Former paperboy, Raju Dabhade, will see his own sport gearing up for its third World Cup in December 2015. DESIblitz finds out more about roll ball.

Roll Ball is expected to rise to a status worthy of a place at the Olympic Games.

Did you know the Roll Ball sport loved so much in India and around the world is invented by a former newspaper delivery boy?

Raju Dabhade used to deliver newspapers on roller skates. When he retired from roller-speed skating, he became a physical education teacher.

One day in 2003, when an errant basketball interrupted his teaching, he had the idea to combine roller skating with a ball sport – both popular in India.

Through roll ball, the ambitious Raju wanted to ‘make a name for India – a game born in India that will be the pride of India’s sports identity’.

His creative invention was rewarded when he received the Raja Mantri Puraskar from the then-chief minister of Maharashtra in December 2005. 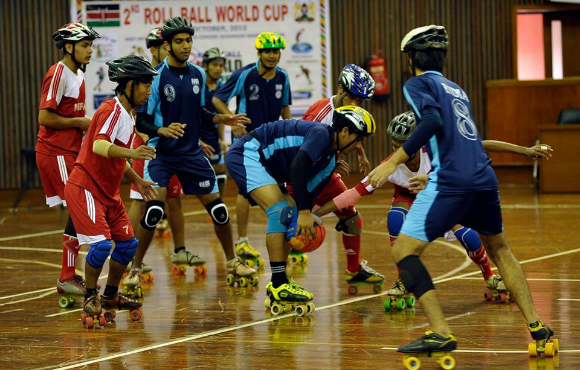 In the following year, roll ball was recognised by the Indian Olympic Association and Raju even met with members of the International Committee (IOC) in 2011.

By this time, word had spread about the brilliant new sport to countries as far as Kenya and Belarus.

2011 marked the first Roll Ball World Cup which took place in Pune, India. 17 countries competed and a non-Indian team, Denmark, won the first edition, showing just how popular the sport had become around the world.

But India caught up and won the 2013 World Cup in Kenya.

What is Roll Ball and what are the rules? 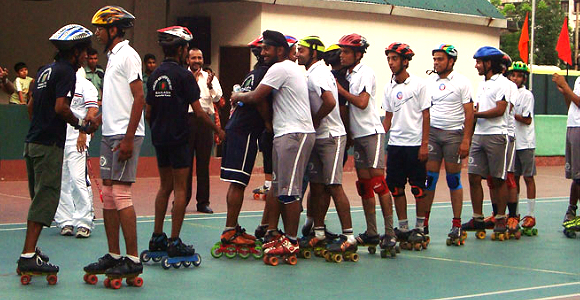 Roll Ball is a combination of roller-skating, handball and basketball.

It involves two teams of six players each rolling around a court, dribbling, passing and launching a basketball-like ball into a hockey-like goal. It is also adaptable to ice.

The aim is to score the most amount of goals within the allotted time.

It is the only sport in the world which has reached a World Cup stage within 12 years of launching. The International Roll Ball Federation is also the only sports federation based in India.

When is the next Roll Ball event?

In December 2015, Roll Ball will enter into its third World Cup to be held in Pune. It will host 50 countries from across the world – more countries than ever before.

Raju could not be more proud, saying: “After the World Cup, Roll Ball will be competing to get registered in Olympics.

“So far, the India Olympic Association has already recognised us. We are sure we will soon be widely recognised across India as we already have had a good response in other countries in Europe and the Middle East.”

With increased support and interest, the sport is expected to rise to a status worthy of a place at the Olympic Games.

You can watch clips of the 2013 Roll Ball World Cup here: 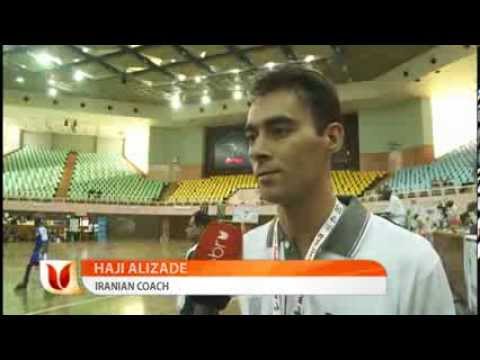 The Roll Ball World Cup will take place on December 14-20, 2015 at the Balewadi Sports Complex in Pune, India.

Register for your free ticket here and show your support for a budding home-grown sport!