Sania Mirza and Rohan Bopanna have reached the quarterfinals at Wimbledon on July 6, 2015. Leander Paes however exited the Grand Slam at fourth round.

"We had a tougher match today and we’re looking forward to our next match."

Sania Mirza and Rohan Bopanna are through to the quarter-final stages of Wimbledon after enjoying victory at the third round of their doubles matches on July 6, 2015.

After coming through previous rounds without dropping a set, Sania Mirza and Martina Hingis wowed the crowds once again as they dispatched Anabel Medina Garrigues and Arantxa Parra Santonja (6-4, 6-3).

Serving for the match on Court 6 at the All England Club, Mirza managed to hold to love and settle the win over the Spanish pair in just 66 minutes.

“We’re happy to come through. We had a tougher match today and we’re looking forward to our next match.” 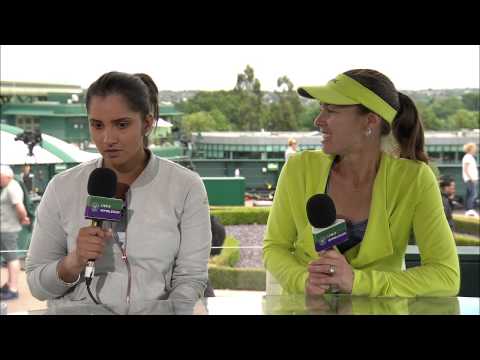 The world number one will hope to reach the semi-finals at Wimbledon for the first time since 2011, as she and her Swiss partner take on Casey Dellacqua of Austria and Yaroslava Shvedova of Russia in the quarter-finals on July 8, 2015.

Over in the men’s doubles, Rohan Bopanna and Florin Mergea were in action against Lukas Kubot and Max Mirnyi, while Leander Paes and Daniel Nestor faced Bruno Soares and Alexander Peya.

Both matches were long affairs with the former lasting 3 hours and 19 minutes, before settling in the fourth set.

Both teams found it hard to break the others’ serve and each set ended in stalemate. The winner could only be decided with tie-breakers. 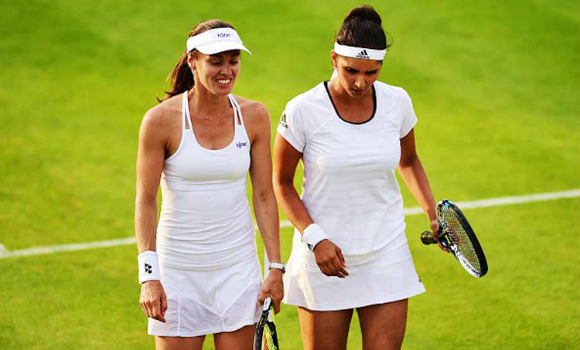 They will take on the American top seeds Bob and Mike Bryan in the quarter-finals on July 7, 2015.

Paes, Bopanna’s former doubles partner, was less fortunate and failed to advance to the next round, as they lost out in the fifth set.

All fingers crossed for more glory for the Indian stars at Wimbledon!