Hajra Khan, Pakistan’s women football team captain, will make history as she has been invited to try out for three Bundesliga clubs in Germany.

"It’s not easy for women in our country to pursue their dreams."

Hajra Khan, Pakistan’s women football team captain, will make history as the first female footballer from the country to play in Europe.

The 21-year-old flew to Germany on July 6, 2015 and will spend three weeks with the Bundesliga clubs.

She said: “[They] want me to try out during their current preparation for the upcoming season. The opportunity just to tryout for not one but three top tier German clubs is a big achievement itself.”

Hajra will strive to impress, but remains grounded about the possibility to enter one of the world’s top football leagues.

The Balochistan United striker said: “I’m not afraid of being rejected. I understand that Germany has a lot of talent and there will be other players too.

“I know I’ll have my chance and I’ll need to show them the best I can offer.”

For the Pakistani international, this opportunity is an important milestone in her career.

Hajra said: “Playing in Europe has been one of those dreams that I have been aiming for since the very beginning.

“It’s not easy for women in our country to pursue their dreams, but I’ve strived through it all.

“I praise Kaleemullah [Khan], who made his way to the US for his hardwork. I will too with my hardwork prove that Pakistan has talent.”

She has certainly proven that before, when she became the only Pakistani player to score 100 goals in her club career. 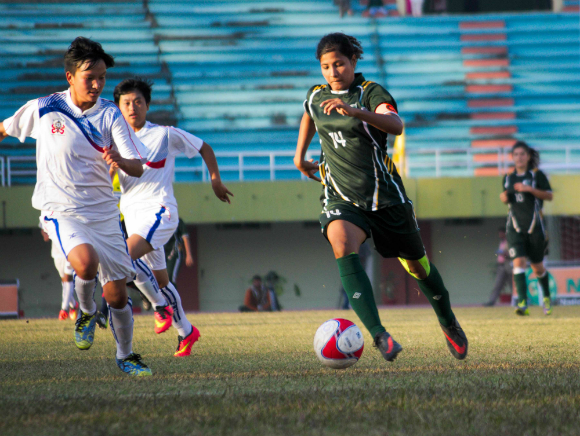 Hajra was also the first Pakistani female footballer to sign an international contract in 2014 with Sun Hotels & Resorts Football Club to play in the Maldives National Women’s league.

She commented: “Playing abroad gives you the opportunity to discover your true game. I started here in Pakistan, but I also aimed high and found out more about myself through the sport.”

But football is not the only sport she excels in. As a young teenager, she competed for Pakistan at the Salwan International Marathon in India, finishing at 47th place out of 7,000 participants.

She dabbles into basketball and has been Karachi’s Most Valuable Player since 2009. Having led her school basketball team to win a gold medal at the UAE Inter-school Basketball Championship in Dubai, Hajra carries the title like a true champion. 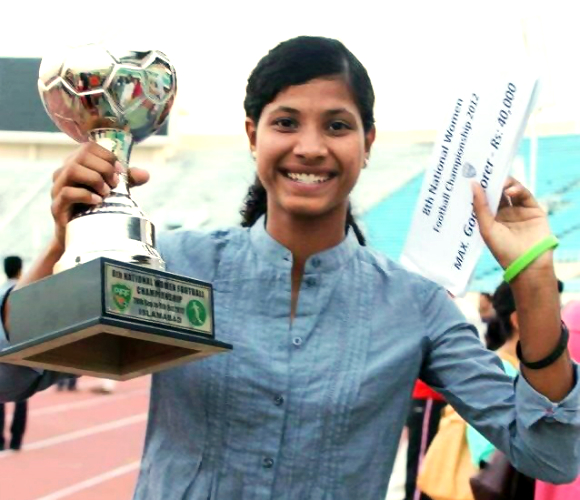 There is simply no stopping the ambitious Hajra from achieving whatever she sets her heart on!

So it comes as no surprise that Hajra originally wanted to become a professional athlete and it was not until 2008 that she decided to pursue a career in football, when she was signed to Diya Women Football Club.

As she gets ready to showcase her long range strikes and killer passes to the Germans, DESIblitz wishes her all the best in her new venture!