In a case of embracing another culture through love, a German pilot married an Indian air hostess in a traditional wedding ceremony.

Shivani expressed her desire to have traditional customs.

A German pilot had a traditional Indian ceremony when he married a young woman from Ranibagh, Uttarakhand.

The bride and groom participated in traditional customs. Hundreds of guests attended the wedding to witness the marriage between the German national and the Indian woman.

Both of them met while working for an international airline.

The woman, Shivani Arya, worked as an air hostess for the airline. She had been in the role for five years.

During that time, she got to know Patrick Jum, a resident of Düsseldorf, Germany. He was a pilot.

They got into a relationship and fell in love. They eventually decided to get married.

Shivani expressed her desire to have traditional customs. Patrick liked the idea as he wanted to embrace a different wedding culture. 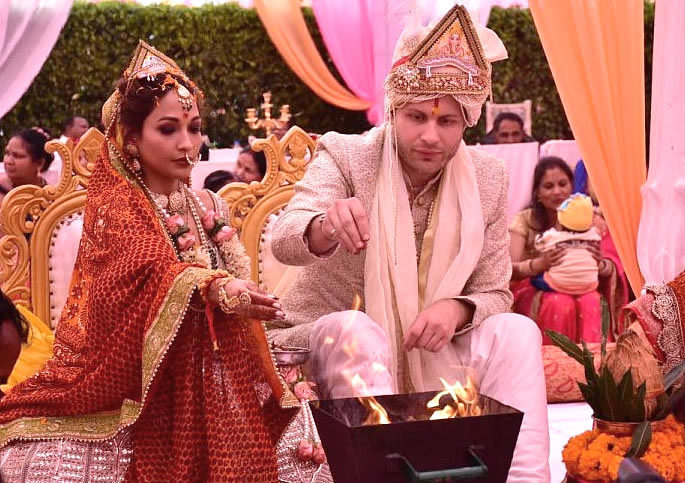 Patrick told his parents about the intention to have a traditional Indian wedding. They approved of the idea.

Leading up to the wedding, Patrick’s family and friends arrived in the city of Haldwani. The couple took part in every element of the traditional ceremony.

The wedding started at a hotel near the venue where the German pilot turned up in a carriage.

During the wedding, the bride and groom took part in the various processions surrounded by guests.

Following the wedding, Shivani’s relatives said that a women’s music show was held.

Patrick’s mother Monica and father Bernard were very happy to be a part of the wedding. 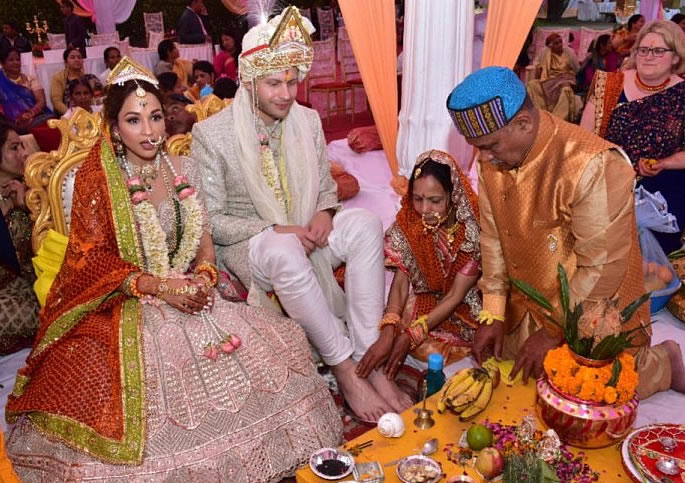 They said that Indian wedding traditions are intriguing and adventurous.

This is not the first time where a foreign national has embraced Indian culture during marriage.

The newly married couple first met in 2016 through mutual friends while working in Vienna, Austria. Luis ran a fashion accessories business while Mridula worked as an engineer.

As Luis and Mridula got to know each other they started to become attracted to each other. They soon got into a relationship.

The Spanish man eventually decided that he wanted to marry Mridula. However, when he proposed she was initially confused.

Mridula felt that her parents would not approve of the relationship. When her boyfriend encouraged her, Mridula spoke to her parents and told them that Luis is a caring and respectful young man.

Her parents were hesitant at first but they called Luis and his parents, approving of the marriage and telling him to make their daughter happy.

Luis travelled to Mridula’s home of Jodhpur with his parents Monto Liveno and Roja. They spoke to Mridula’s parents who requested that they should have a traditional ceremony.

Luis accepted their request, saying that he knew about the customs after speaking to Mridula.

The wedding took place on November 8, 2019. Prior to the big day, there were pre-wedding festivities, which involved rituals for Luis.

Luis even participated in a ‘baraat’ where he arrived at the venue on a white horse.

While the wedding followed traditional proceedings, they made adjustments to the wedding cards in order to avoid insulting different cultures and beliefs.

Dhiren is a journalism graduate with a passion for gaming, watching films and sports. He also enjoys cooking from time to time. His motto is to “Live life one day at a time.”
How an Indian Mother selling Alcohol helped Her Son
Pakistani Airport Officer took Bribe from Australian Journalist