With the UK release of The Grandmaster (2013), martial arts has fascinated spectators for over 60 years. DESIblitz charts the evolution of martial arts film.

“Fight sequences were merely acted out until Wong Fei-hung arrived.”

For some, Bruce Lee was the first star of martial arts films.

For others, it was the epic fights in Crouching Tiger, Hidden Dragon that introduced them to the genre.

So how did it begin? And where is it heading?

DESIblitz explores the humble beginnings of martial arts film and its rise to international fame. 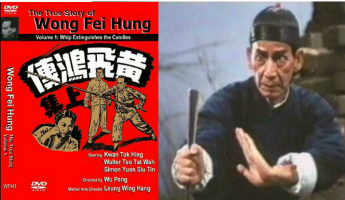 It all began with a folk hero.

During the 1940s, mythical characters were turning away moviegoers in Hong Kong cinema.

Then came the heroic story of an everyday man, marking the birth of martial arts film.

The series revolutionised action scenes in films. According to Lau Kar-Leung, action choreographer and film director, fight sequences were merely acted out until Wong Fei-hung arrived with his lethal punches. 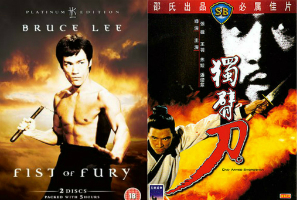 But this era was truly defined by the one and only Bruce Lee.

He mesmerised audiences with his distinct fighting style and on-screen persona.

Over a period of three years, Lee propelled martial arts films into the mainstream.

Lee was a pioneer in mixed martial arts. Through combining Taekwondo, boxing and Wing Chun alike, he created a unique style that allowed him to adapt to combat of all sorts. 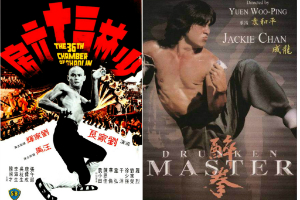 The untimely death of Bruce Lee left a void that was impossible to fill.

Numerous attempts by filmmakers to replicate his legend failed miserably.

But they found a new direction with The 36th Chamber of Shaolin (1978). Light humour in martial arts films was well-received.

They also found a new star – Jackie Chan. Under the guidance of action choreographer and director Yuen Woo-ping, Chan blended comedy with martial arts to create a refreshing fighting style. 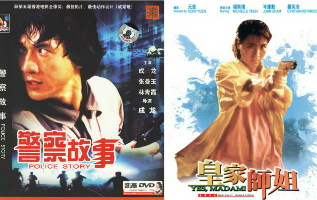 In the 1980s, martial arts films with a contemporary backdrop became the new mainstream.

Action-comedies set in modern day Hong Kong would often triumph over those set in the late Qing dynasty at the box office.

This era was also marked by high-risk action sequences. It was common for actors to perform their own stunts on planes, cars, high-rise buildings and bridges.

Female leads began to feature in the genre, such as Michelle Yeoh and Moon Lee. They challenged the stereotypes of beautiful and unfortunate women portrayed in previous martial arts films. 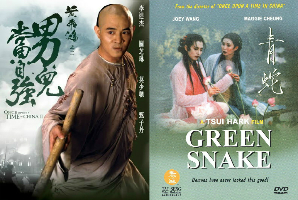 The 1990s saw a burst of various personal styles.

Yuen Woo-Ping focused on the authenticity of martial arts.

Meanwhile, Jet Li emerged as the new face and fists of martial arts films. As a five-time national martial arts champion in China, Li showcased his expert techniques through portraying heroes and masters in his characters. 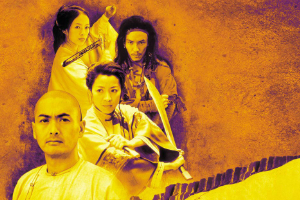 From The Green Hornet (1966-67) to The Karate Kid (1984), American TV producers and filmmakers attempted to bring martial arts to its audience.

But it was Crouching Tiger, Hidden Dragon (2000) that once again brought martial arts films into the spotlight. Its Oscar win led to a renewed interest in the West and paved way for widespread success of similar films.

Hollywood’s most famous take on the genre is probably Quentin Tarantino’s Kill Bill. The films sampled a range of martial arts including kung fu and wuxia. Lead actress Uma Thurman’s yellow tracksuit was an obvious nod to the legend Bruce Lee. 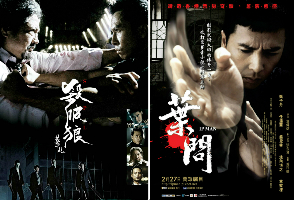 After the release of a number of epic and fantasy-based martial arts films, there was a rising demand for real punches and kicks not enhanced by special effects.

The critical and commercial success of Ip Man (2009) established Donnie Yen as a force to be reckoned with.

Not only could he entertain with fight scenes, his vivid portrayal of Bruce Lee’s mentor also impressed the audience.

Since then, film investors and production companies at home and abroad have shown an increasing interest in martial arts films.

Today, Donnie Yen is often cited as the only actor capable of keeping the genre alive. 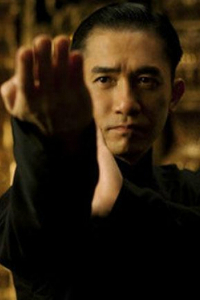 Although there are a few rising stars with solid foundation in martial arts, many others are trying to score with the help of CGI, such as Jay Chou and Nicholas Tse.

In his recent interviews, Yen said the expectation for martial arts films have become higher as they are no longer foreign to audiences around the world.

He believed in order to sustain prominence or revive its glory days, martial arts films need to be all-rounders.

A strong narrative, a good actor and quality action choreography are all equally essential.

Yen is optimistic. But with the passing of masters of the golden era and the absence of modern stars, the genre may have hit a deadlock. Let’s hope it is only temporary.

Scarlett is an avid writer and pianist. Originally from Hong Kong, egg tart is her cure for homesickness. She loves music and film, enjoys travelling and watching sports. Her motto is “Take a leap, chase your dream, eat more cream.”
Worst Bollywood Films of 2014
5 Gorgeous Looks of Aishwarya Rai Bachchan