“The Guinness World Records are all about challenging myself both mentally and physically."

Mubzz Bajwa, a senior Muay Thai boxer from Britain has set himself the challenge of breaking multiple Guinness World Records, to raise money for the Edhi Foundation.

Falling under the Martial Arts category, Mubzz aims to break all the approved Guinness records in one day.

The whole process will probably last around 2 hours. This is because Mubzz will take short breaks between each record.

The multiple records challenge takes place at a location in South Birmingham on Sunday 29 January 2017.

Two judges and two timekeepers will officiate the records. The judges will be present to verify if the technique is correct and count the number of repetitions.

The timekeepers will also be there to strictly monitor time restrictions. All selected officials have world class credentials within Martial Arts.

The three Guinness World Records, which Mubzz hopes to smash include:

1. Most full contact knee strikes in one minute (alternate legs) – This will include strikes with both side and front knees while holding the punch bag. Current record is 60.

2. Most full contact elbow strikes in one minute (alternate elbows) – Using both arms for as many elbow strikes to a punch bag within 60 seconds. Current record is 80.

3. Most full contact knee strikes in one minute (one leg) – Record attempt using right knee striking to the punch bag. Current record is 87. 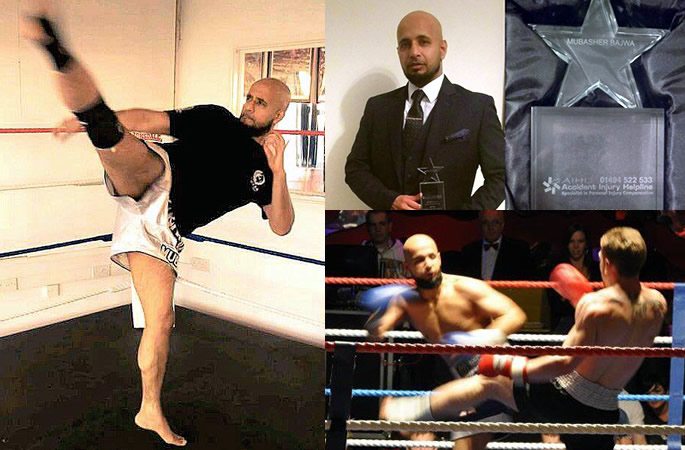 Mubzz previously holds one other World Record. In 2014, he achieved the Guinness World Records for completing 111 consecutive rounds of full contact Thai boxing.

This time round Mubzz is pushing himself further. Since the last seven months, he has been training for not one but three records.

As each record will last one minute each, he will have to give 110 per cent speed, power and strength. It is like doing full on sprints for 60 seconds x 3.

Training for this kind of challenge is short but explosive.

According to Mubzz, a typical training session consists of warm up with 2 rounds of shadow boxing, stretching and two rounds on the bag.  In addition to the warm up, he undergoes specific training, which entails non-stop action until he is completely out of breath.

You can watch a promo video of Mubzz’s forthcoming challenge here: 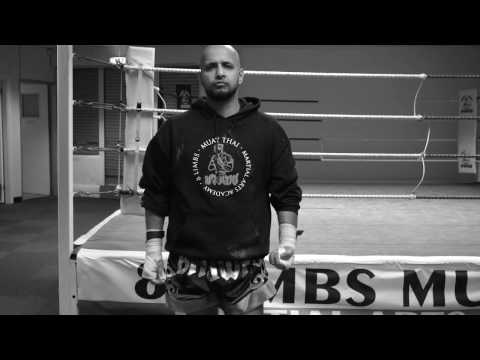 “The Guinness World Records are all about challenging myself both mentally and physically. What better way to break more than one record in one day and that too for an internationally renowned charity, the Edhi Foundation.”

“As a Guinness World Record Holder and the late Edhi Sahab in the Guinness Book of Worlds for having the largest volunteer ambulance service it was natural to marry the two for this challenge.”

Mubzz is hugely inspired with the work carried out by the Late Abdul Sattar Edhi, founder of the Edhi Foundation. Even after his death, the charity continually helps underprivileged people from all backgrounds.

Mubzz is aiming to raise as much money as he can for the Edhi Ambulance service.

Tariq Awan, Head of UK and EU Operations for the Edhi Foundation exclusively told DESIblitz about the partnership with Mubzz saying:

“Edhi foundation is pleased to be working with Guinness World Records holder Mubzz Bajwa in his attempt to break multiple world records in one day.

“Mr Bajwa is attempting something amazing to raise funds for Edhi Foundation. We are excited to see the results of this event and wish Mubzz good luck.”

Mubzz is a positive role model and an award-winning specialist in Muay Thai – a fast-growing combat sport, which uses a range of clinching methods and stand-up striking.

He has proven experience of competing and teaching within the sport, acting as a leading authority for many youngsters.

Under the tutelage of his first Thai boxing instructor Alan Currie, Mubzz began training in 1996 when he was 17-years-old. Later he became an instructor at Scotland’s most established Muay Thai academy, WOSSOBAMA gym.

Leaving Scotland at 23, he started to train at the legendary K STAR Thai Boxing Academy.

In 2015, he defeated Thailand’s Singh Noi to clinch the Redemption International Title – the first ever full contact Thai Boxing fight on Pakistan soil. 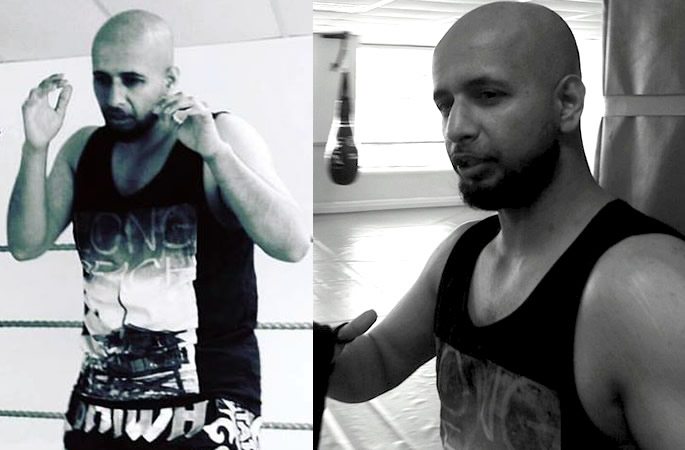 During his trip to Thailand in 2016, Mubzz received an honorary Muay Thai Instructors Certificate.

In 2016, he was awarded the Red and White Band for his vast experience, achievements and contribution to the sport. This band ranks equivalent to a second Dan black belt across other martial arts disciplines.

He was also inducted into the prestigious Martial Arts Illustrated Hall of Fame in 2016.

Having planned an exciting programme for his students, Mubzz teaches Muay Thai at Eight Limbs Thai Boxing Gym in Birmingham

With his good track record, it seems nothing is impossible for Mubzz Bajwa. He is very confident to accomplish the Guinness World Records in 2017, while raising money for a terrific cause.

If anyone wants to make a donation for Mubzz’s appointed charity, please visit his JustGiving page here.

Furthermore, you can donate directly through Edhi UK using ‘Bajwa’ as the reference.

DESIblitz wishes Mubzz Bajwa all the best for his record breaking challenge!