“My job is to serve humanity. The work inspires and satisfies me”

Philanthropist, Social Activist, and Humanitarian are just some of the countless titles that Edhi was honoured with.

Born in 1928 in Gujarat, British India, it was at the tender age of 11 when Edhi faced the true brutality of human suffering and fight for survival when his mother was paralysed after a stroke.

Edhi spent much of his remaining childhood caring for her, even though she later developed mental health issues.

It was the state’s failure to aid his ailing mother that spurned Edhi to move into philanthropy for the remainder of his life. At the age of 19, following the partition of 1947, Edhi moved with his family to Pakistan.

Left in a new country with nothing, Edhi volunteered at a local Memon-run charity, but was quickly disheartened after finding that their charity was limited to only other Memons in the community.

His longstanding belief: “Humanitarian work loses its significance when you discriminate between the needy.” Edhi decided to travel to Europe where he was inspired by England’s welfare system, vowing to build something similar back in Pakistan.

He begged on the streets until he raised enough to buy an old van before converting it into an ambulance, and from there he never looked back. Single-handedly, Edhi fed the poor and buried the dead. 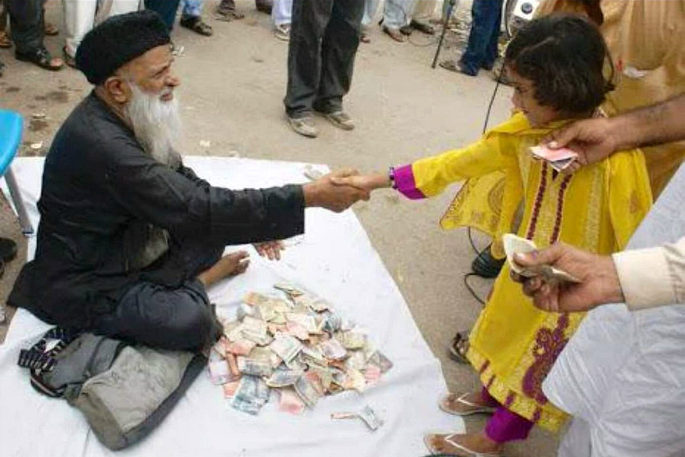 He opened his first health clinic in Karachi in 1951, consisting of only one room, the first of its kind offering social welfare to Pakistan’s poorest and most needy.

Over the years, Edhi was responsible for creating orphanages, shelters for abandoned women, food kitchens, homes for the elderly, and even maternity wards to accommodate and serve Pakistan’s poorer classes.

Running for six decades, the Edhi Foundation is one of the most prominent social welfare organisations known across Pakistan, and indeed the world.

Set up with his doting wife, Bilquis, with a mere Rs. 5,000, today the Foundation sees over 300 centres across Pakistan, plus the largest volunteer ambulance service in the world, with 1,800 vehicles. Aside from running eight free hospitals, the organisation also owns 28 rescue boats and several private jets.

As well as aiding those in need across Pakistan, the Edhi Foundation also raises funds for international disasters. Of them include Hurricane Katrina, which devastated parts of the US in 2005. Following the Nepal earthquake in 2015, the Foundation also sent a team to aid in the relief effort.

One of Edhi’s most commendable initiatives is known as the ‘Cradle Project’. With abortion being illegal in Pakistan, Edhi found that many Pakistani women were killing babies that they had out of wedlock. 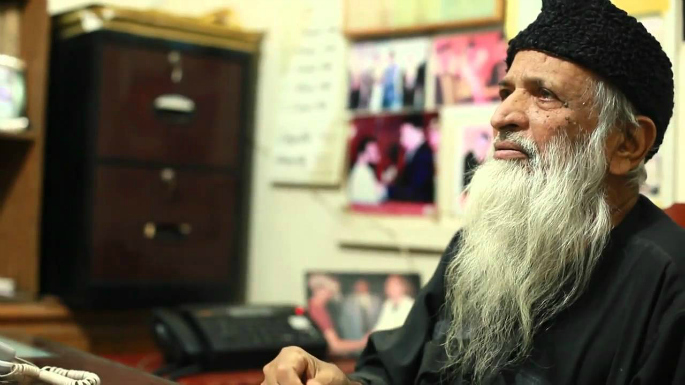 To counter the rising infanticide, he placed cradles outside each of his centres, which allowed women and families to leave their newborn babies in complete anonymity.

The Foundation places these newborns into adoption. Since it began, the Foundation has rescued over 20,000 abandoned infants and rehabilitated 50,000 orphans. The organisation has also trained over 40,000 nurses.

For those orphans without suitable homes, Edhi and his wife have adopted themselves. To date, they are estimated to have over 16,000 children who have been educated and taught vocational training through the foundation.

With the socialist Edhi finding political or religious interference an adversary to true humanitarian work, the Edhi Foundation is notorious for running purely on private donations. He once quoted: “My religion is humanitarianism, which is the basis of every religion in the world.”

Edhi famously turned down a donation of Indian Rs 10 million from the Indian Prime Minister, Narendra Modi in 2015, after the organisation returned an estranged Indian girl, Geeta, back to her homeland after caring for her for 13 years.

Earlier in June 2016, when Edhi was admitted to hospital for kidney trouble, former President of Pakistan, Asif Ali Zardari, also offered to pay for his treatment abroad, but was again refused.

For Pakistan, Edhi is nothing short of a national hero and icon. His revered status comes from his incredible generosity and humility. 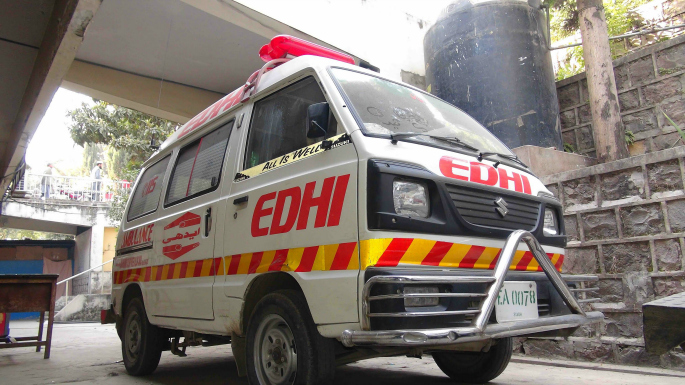 Known for living an incredibly simple life, he slept in a windowless room next to his office. It contained a bed, a sink and a hotplate. He also owned only two sets of clothes, which he washed himself, and was always seen wearing a trademark Jinnah cap:

“People know that I have adopted four principles in living my life: simple living, punctuality, hard work and prudence.”

Throughout his life, he never sought to gain wealth or status for his own benefit. All donations made to the Foundation are spent directly on causes.

He is lovingly dubbed as the ‘richest poor man of Pakistan’, having created with his own two hands the largest welfare organisation in the country, after starting out with nothing.

The efficiency of the Edhi Foundation is such that many Pakistanis have noted that iconic Edhi ambulances reach casualty areas far quicker than local police do.

The humanitarian has been nominated several times for the Nobel Peace Prize, even by Nobel laureate Malala Yousafzai, who says of him: “Abdul Sattar Edhi’s services and sacrifices are unparalleled. He has been serving the humanity irrespective of class, creed or gender.” 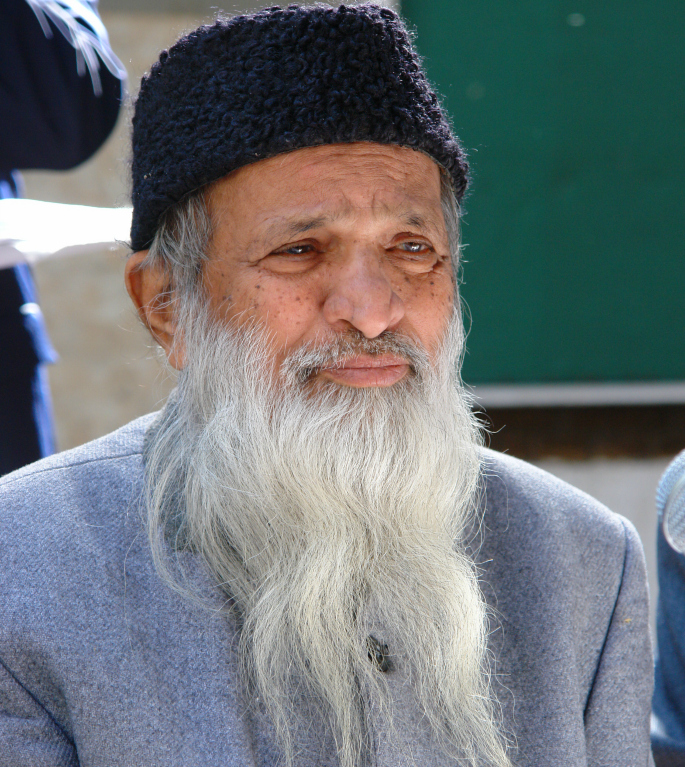 But Edhi admitted many times during his life that he was uninterested in accolades or recognition: “I don’t want Nobel Peace Prize. I want humanity. My job is to serve humanity. The work inspires and satisfies me.

“I work for the suffering of the common man, something I am very proud of and will continue to do.”

In his later years, Edhi was plagued with ill health, including diabetes, hypertension, and kidney failure. Diagnosed with kidney failure in 2013, he was unable to receive a transplant due to his frail health.

On July 8th, 2016, his son, Faisal announced the news of his death outside a government medical centre, the Sindh Institute of Urology and Transplantation (SIUT).

“Edhi sahab passed away tonight. I want to tell you all, Pakistan and the world, that he is not with us anymore,” said Faisal.

He had been receiving treatment at SIUT for some weeks. It was earlier the same day that both Faisal and his mother Bilquis told media that doctors had termed Edhi’s condition as critical. After experiencing difficulty with his breathing, doctors had put him on a ventilator for the final hours before his death.

His family added that respected humanitarian will be buried at Edhi Village on Saturday 9th July:

“He had prepared for himself a grave in Edhi village about twenty-five years ago,” his son said. 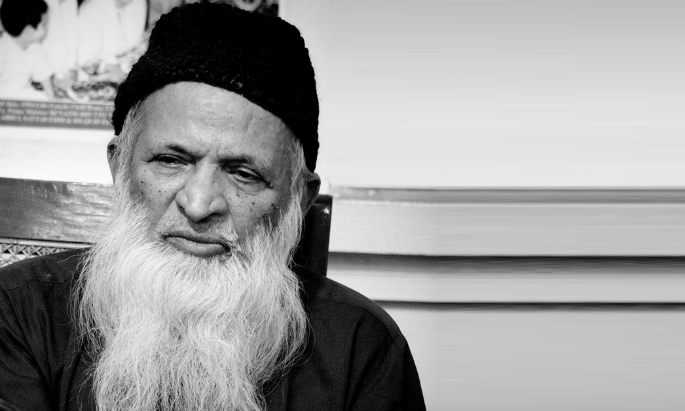 “We will bury him there according to his wishes. Also, he wanted to be buried in the same clothes in which he died. Hence, we will also honour his wish and bury him in the clothes that he passed away.”

As a final act of charity even after his death, Edhi wished to donate his organs: “He also wanted to donate his body parts, but only his cornea can be donated as rest of the organs were not in healthy condition,” said Faisal Edhi.

His family of four children and wife Bilquis have vowed to continue the humanitarian’s life work, and keep running the Foundation.

Condolences have been pouring in from all over Pakistan, with many calling him the ‘greatest humanitarian that the world did not know’.

Pakistani Prime Minister, Nawaz Sharif, said: “We have lost a great servant of humanity. He was the real manifestation of love for those who were socially vulnerable, impoverished, helpless and poor.”

Pakistan mourns for the loss of such a revered citizen.

Edhi was a man of the people, a true example of human empathy. His compassion was overwhelming and his humility was humbling.

He was a man who practiced what he preached, and amidst a country brimming with vile corruption and turmoil in its upper echelons, his loss will be felt keenly for generations to come.

Aisha is an editor and a creative writer. Her passions include music, theatre, art and reading. Her motto is “Life is too short, so eat dessert first!”
UK to legalise Sex Work and Brothels
Radhika Menon is First Woman to get Bravery Award