Radhika Menon is First Woman to get Bravery Award

Captain Radhika Menon rewrites history as the first woman to receive an award for Exceptional Bravery at Sea, after saving the lives of seven fishermen.

"It is a maritime obligation to save souls in distress at sea."

Captain Radhika Menon will be the first woman to receive an award for Exceptional Bravery at Sea for rescuing seven fisherman in a tough operation.

In June 2015, a fishing boat called ‘Durgamma’ was caught in a heavy storm on their way from Kakinada in Andhra Pradesh to Gopalpurpura in Odisha.

Seven men on board, aged from 15 to 50 years old, were barely surviving without food and water before Captain Menon’s team came to their rescue.

Captain Menon recounts the incident: “Suddenly, the weather turned bad. Then the engine failed. So [the fishermen] decided to anchor the boat.

“Unfortunately, they lost the anchor, and were drifting for six days, before we spotted them.

“When I looked through my binoculars, they were waving their shirts and clearly asking for help.” 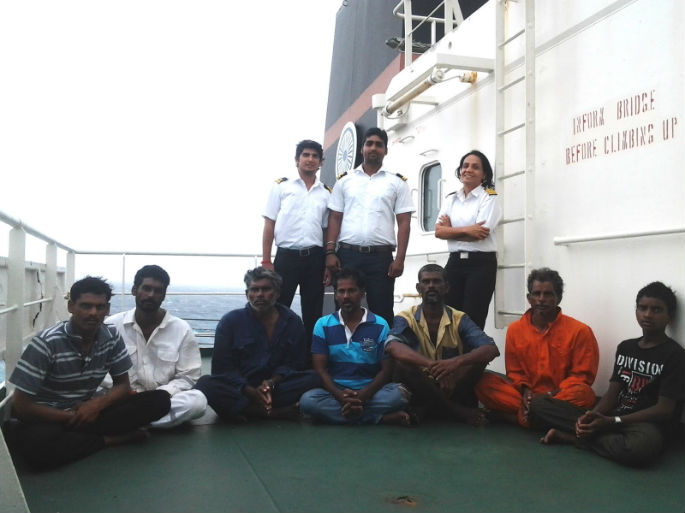 On July 9, 2016, the Indian Shipping Ministry announces the International Maritime Organisation will honour Captain Menon for her act of incredible bravery.

A government statement reads: “Through wave heights of more than 25 feet, winds of more than 60 knots and heavy rain, on 22 June, the second officer on the Sampurna Swarajya spotted the boat 2.5 kilometres away, off the coast of Gopalpur, Odisha.

“Captain Menon immediately ordered a rescue operation, utilising the pilot ladder and with life jackets and buoys on standby.”

Humbled by the prestigious recognition, she responds in an email to the media: “It is a maritime obligation to save souls in distress at sea and, as a seafarer and master in command of my ship, I just did my duty.”

Captain Radhika Menon made history in 2011 when she became the first woman captain to command the Indian Merchant Navy.

She is set to rewrite history again with her latest accolade. She is expected to collect her award at the International Maritime Organisation headquarters in London on November 21, 2016.

Congratulations to Captain Menon on her outstanding achievement and selfless act of bravery!