Martial arts have always been associated with Chinese men in Kung Fu movies. But interestingly some of the world’s most amazing fighting styles have originated from India. DESIblitz looks at some South Asian Martial arts and where they have been used before.

With martial arts, dedication is required to be exceptionally good. Some arts will vary and may take longer to learn.

Almost all Bollywood films will show fight scenes between the hero and a bunch of gangsters.

From the 1970’s hits showing the long legs of Amitabh Bachchan kick bad guys from afar before flinging himself into mid-air to dodge bullets; to the shirt ripping and muscle flexing scenes of heroes today, delivering full knockout fist fests; these fights depict the well known ‘dishoom dishoom’ aspect of Bollywood action.

These fighting styles, however, don’t have a specific title or name.

Surprisingly there is not enough knowledge about Indian Martial Arts, or on whether they even exist at all. But did you know that South Asian, particularly Tamil culture, has inspired most of the world’s greatest martial arts?

Here are some of the interesting South Asian fighting types that range from the well-known to not talked much about, but all of which have influenced others: 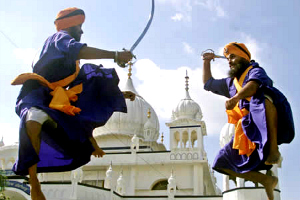 A Punjabi-Sikh style, sticks are used in a sword fighting manner. It is either practised as a sport or a ritual in weddings.

Mostly it’s performed in a fast and thrilling way in which the sword is spun quickly as the fighter dances around.

This style involves hitting the vital points of an opponent. Training is given usually in certain Gudwara’s. 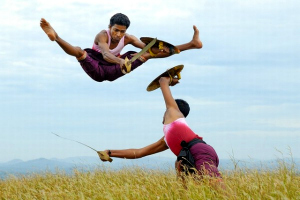 This is the most well-known form of fighting from India, Kalaripayattu involves a mixture of weapons and hand to hand combat.

This style requires fluid movement and flexibility. Its style is known to be as fast as the blink of an eye because of its lightning speed.

According to historical myth, Indian fighters were invited to China by an Emperor where they introduced this style to monks in the Shaolin Monastery, giving rise to a new style called, Shaolin Temple Boxing.

Banned by the British in India, this fighting style had seen a period of decline and then resurfaced in the 1970s in Western countries. This art will be mostly likely to be taught in London. 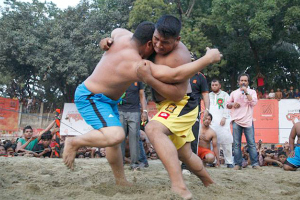 Originated in Bangladesh as a means of fighting against the British rule, this name means ‘Game of the Powerful Person’ and refers to a wrestling style. There are no weapons involved and it is carried out bare-foot and on a sandy ground much like a sumo wrestling arena.

This sport involves a lot of grappling. It is very popular and is held in Laldighi Maidan which is in Chittagong, Bangladesh, and is a fun event which takes place on the first Bengali month which is April. 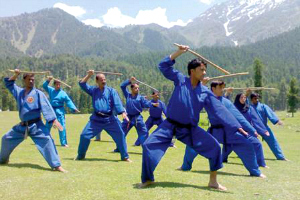 Developed in Kashmir, this fighting style is taught in twenty different states in India.

It involves a sword and shield with its unarmed combat being a combination of punching, locking and kicking.

It has some elements of Karate and Taekwondo which helped the fighting style progress. Not yet introduced to the UK, this art is likely to be seen practiced in competitions in India. 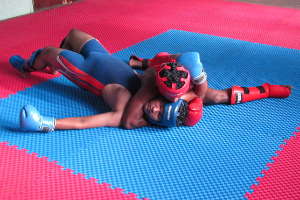 A very ancient form of fighting, Adithada is Tamil Kickboxing and focuses mostly on self-defence. Adi means ‘Hit’ and Thada means to ‘Block’ and is empty hand combat that involves striking and grappling.

This form was also borrowed by Gurkha soldiers to fight against the Japanese in the Second Word War.

This art is still practised in Tamil region of Indian and in Southern Kerala. In today’s time, this fighting style has branched out to other cultures and has lost its recognition.

There are a few organisations which teach this such as the World Adithada Federation based in India. There are similar schools that have implemented this style into their own, like Muay Thai that draws direct similarities from Adithada such as the knee and feet strikes.

With martial arts, dedication is required to be exceptionally good. Some arts will vary and may take longer to learn. Bollywood actor and also a Kalaripayattu practitioner, Vidyut Jamwal says:

“I was training constantly for almost 10-12 years; it was like learning your first language as a kid, you fumble a few times initially but then with time and with familiarity, it becomes part of your thought process and your being.” 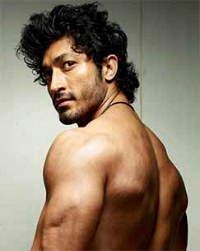 Some of his action moves are in Bollywood flicks such as Commando (2013), Shakti (2011), and Force (2011). Well-known actor Akshay Kumar has also expressed an interest in martial arts, and has studied and trained in Taekwondo in India and received a black belt. He is determined to raise awareness for martial arts by hosting the ‘Akshay Kumar Karate Tournament’ in Mumbai.

He says: “In Singapore, two or three years of army training is compulsory for all civilians. So in essence, every person in that country can double up as an army hand. Why can’t we also put our kids through self-defence training?”

There are numerous health benefits in martial arts. Those who practice it will experience good blood circulation, strengthening muscles, flexibility and body fitness and such benefits come from fighting styles like Kalaripayattu. Martial arts like Gatka and Adithada offer cardio fitness in a fun and exciting way, while other styles of combat can be used for competitive reasons and for mental strength.

South Asian countries have seen both the growth of martial arts and the decline of some, but with its cultural fighting style, they have a lot to offer and must not be underestimated. Bollywood films seem to be the best way to give South Asian Martial arts its must needed recognition.

Sharmeen is passionate about creative writing and reading, and aspires to travel the world to discover new experiences. She describes herself as both an insightful and an imaginative writer. Her motto is: “To succeed in life, value quality over quantity.”
Princess Sophia Duleep Singh ~ Asian Suffragette
Imtiaz Dharker ~ Scotland’s Asian Poet