How an Indian Mother selling Alcohol helped Her Son

An Indian mother from Maharashtra sold alcohol to help her son during his upbringing. He has now explained how it has benefitted him.

"In my childhood, I witnessed ignorance, superstition, poverty"

This is the inspirational story of how an Indian mother struggled for survival but tried her hardest for her children.

In relation to one of her children, the woman sold alcohol to make ends meet and to help her child’s future. This effort led to Dr Rajendra Bharaud becoming a District Collector in the Dhule district of Maharashtra.

A District Collector (DC) is the revenue collector, supreme officer of law and order of both executive (in which he’s assisted by the district superintendent of police) and judicial (for civil cases like divorce, failing to give borrowed money, etc) matters.

Dr Bharaud explained that life was difficult from the moment he was born.

He said his mother Kamalbahan was pregnant with him when his father died. He revealed that he had not seen a photo of his father due to the lack of money the family had.

The financial situation was so tough that barely one meal was produced.

Dr Bharaud said: “Our family of 10 lived in a small hut made of sugarcane weed.”

He revealed that locals used to tell his mother to get an abortion so that there would be less financial strain on her.

They told her: “What is the need for another child?”

Despite being told to get an abortion, Kamalbahan kept the baby and Rajendra was born.

On his childhood, Dr Bharaud stated:

“In my childhood, I witnessed ignorance, superstition, poverty, unemployed and all kinds of addictions.

“My mother used to work as a labourer and earned Rs. 10 (10p) but it did not meet requirements.”

When Dr Bharaud was around three-years-old, his mother decided to start selling alcohol to the locals.

Alcohol soon became a big part of Dr Bharaud and his sibling’s lives as he revealed:

“If we used to cry when we were hungry, drinking wine would stop that.

“Some people would put a couple of drops of alcohol in my mouth to silence me.

“Instead of milk, my grandmother would give me one or two teaspoons of liquor and I would sleep silently even when I was hungry. Got used to it in a few days.”

He also stated that alcohol acted as medicine for whenever his family members were ill.

Customers who bought alcohol also purchased snacks. The money made was used to buy books for Rajendra.

He would spend most of his days reading. As the Indian mother sold more alcohol, Rajendra had access to more books. 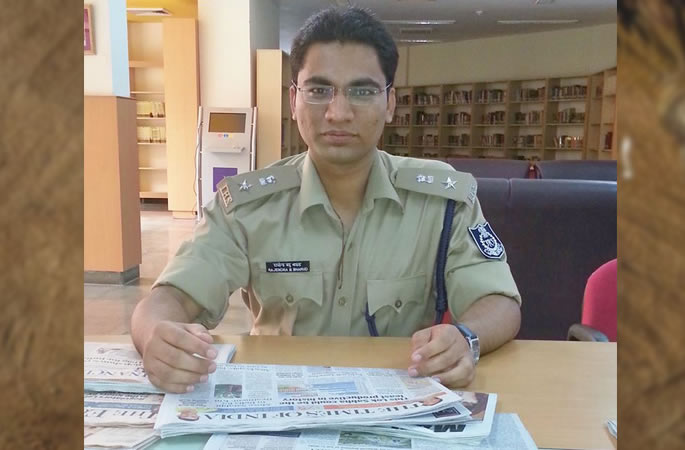 In 2006, Dr Bharaud sat a medical entrance exam and was later accepted into Seth GS Medical College in Mumbai. He went on to be named the best student of 2011.

After his educational success, he took a Union Public Service Commission (UPSC) exam to become a District Collector.

He was successful, however, he initially did not tell his mother.

When locals, officials and leaders congratulated him, the Indian mother found out that her son had passed the District Collector’s exam.

Dr Bharaud said that his mother just cried with happiness.

Going back to his childhood, he revealed that some customers used to tell him that he would grow up and sell alcohol like his mother.

“One day a person coming to buy liquor said that what will I do by reading and writing? Tell your mother that you will also sell alcohol.”

He said that person inspired his mother to give him a good education.

Dr Bharaud went on to say:

“I definitely believe that whatever I am today, I am only because of my mother’s faith.”

His story is an example of success being there for anyone, no matter how rich or poor they are.

Dhiren is a journalism graduate with a passion for gaming, watching films and sports. He also enjoys cooking from time to time. His motto is to “Live life one day at a time.”
Men jailed for Torturing a Man Naked & Murdering Him
German Pilot marries Indian Air Hostess in Traditional Ceremony