Men jailed for Torturing a Man Naked & Murdering Him

Three men have been jailed for torturing a man naked. Following the terrifying ordeal, they murdered Mohammed Feazan Ayaz.

"he begged them to just let him die.”

A Bradford-based gang have been jailed for life for brutally torturing Mohammed Feazan Ayaz naked and murdering him.

The 20-year-old victim was discovered dead on July 1, 2o19, at around 4 am on Saffron Drive, Allerton.

Bradford Crown Court heard that Mr Ayaz had spent the evening of June 30, 2019, with friends when he received a call from Raheel Khan, asking him to bring him cannabis.

Mr Ayaz was dropped off at an industrial unit at Denholme Business Centre.

Khan had been using the unit as a hideout. He was wanted by the police and spent his time at Unit 2 smoking cannabis, dealing drugs and listening to music.

However, inside the unit, Khan and his accomplices attacked Mr Ayaz and set about torturing him.

The men kicked and stamped on his head, urinated on him, inflicted multiple blunt force blows to his head and lacerations to his body.

Michael Quinn, of the CPS, said:

“During the evening of the 30th June, into the early hours of the 1st July, it served another purpose.

“It became a cell for Mohammed Feazan Ayaz in which, over the course of several hours, he was systematically and sadistically beaten to death on the concrete floor of that room.

“He was stripped naked by his captors, he was tortured and humiliated, and he was beaten for the entertainment of those who were present.

“So proud were they of what they were doing to him that, on several occasions, they used their mobile telephones to film him in his torment, capturing even a moment in which he begged them to just let him die.”

His naked body was later wrapped up in a shower curtain and dumped in Saffron Drive.

The post-mortem revealed 70 separate injuries and his death was caused by a massive head injury as a result of numerous blows and stamps. 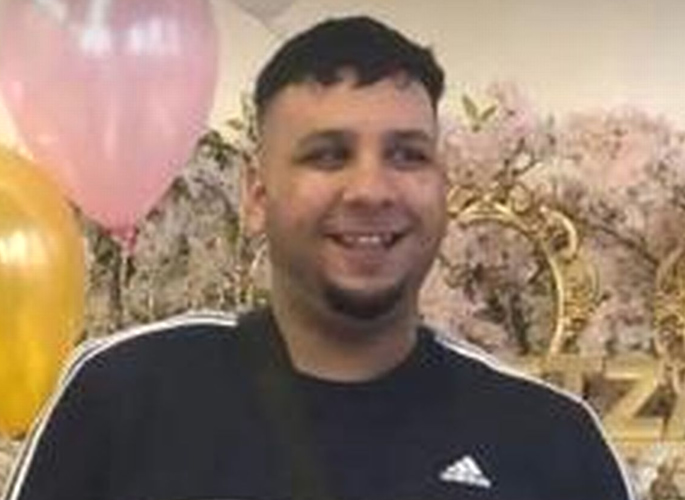 The court heard that the motive appeared to have been that Mr Ayaz had been given a phone which contained footage of Khan having sex.

Mr Ayaz is said to have taunted Khan who took revenge by leading the attack on the victim.

During the lengthy murder trial, Khan said that some of his acquaintances were selling drugs and he became involved, building up an enterprise trafficking in Lancashire.

Khan, aged 27, of no fixed address, Suleman Khan, aged 20, of Sandford Road, and Robert Wainwright, aged 26, of Mannville Terrace, had all denied murder but were found guilty.

Shoaib Shafiq and a 17-year-old youth were convicted of assisting an offender.

Steven Queeney, aged 34, of Junction Row, and Junaid Hussain, aged 28, of Silverhill Road, were cleared of murder and manslaughter.

In a statement, Mr Ayaz’s family said he had gone to visit people he considered friends. They said:

“This outcome has brought our family some closure to what has been a terrible few months for us.”

“Feazan thought he was going to Denholme that day to spend some time with people who he considered to be his friends.

“We don’t believe that he could have possibly known what was to come.

“His death has left a hole in our family and to know his life was taken in such callous and brutal circumstances is even more upsetting.

“We would like to thank West Yorkshire Police for the support they have given us throughout the investigation and also the jury, whose verdicts have helped us to get justice for Feazan.”

Robert Wainwright will serve a minimum of 25 years in prison.

Shoaib Shafiq was sentenced to 21 months in a young offenders’ institution. He will be released halfway during his sentence and serve the remainder on licence.

After sentencing, Detective Superintendent Mark Swift said: “Our sympathies remain with Feazan’sfamily at this time and I hope they can now have some closure, knowing that three men who caused his death have been jailed for many years.

“There are other suspects we wish to trace in this investigation who we believe left the country shortly after Feazan was killed, and we continue to make extensive enquiries to locate them.

“We have had recent successes in locating people who fled abroad after serious crimes in West Yorkshire, and we are working with partners to find these individuals and bring them before our courts.”

Dhiren is a journalism graduate with a passion for gaming, watching films and sports. He also enjoys cooking from time to time. His motto is to “Live life one day at a time.”
US Indian Man raped Woman he Met at Temple
How an Indian Mother selling Alcohol helped Her Son