Man jailed for Murdering Three Generations of Family in Fire

Shahid Mohammed has been imprisoned for murdering three generations of a family in a fire at their home in Huddersfield back in 2002.

"All those who were upstairs were overwhelmingly likely to be trapped"

Shahid Mohammed, aged 37, of no fixed address, was jailed for a minimum of 22 years and 53 days on August 7, 2019, for murdering three generations of a family.

He was found guilty of killing five children and three adults in a house fire in Birkby, Huddersfield, in 2002.

Police had investigated Mohammed but he skipped bail and fled to Pakistan prior to a trial in 2003. Several other people were convicted for their involvement.

During the trial at Leeds Crown Court, jurors heard that Mohammed had a grudge which he had been “pursuing vigorously”. It led to the fire and caused the deaths of eight members of the Chishti family.

Prosecutors explained that Mohammed reacted angrily when his sister, Shahida, got into a relationship with Saud Pervez, who he did not approve.

One member of the Chishti family, Mohammed Ateeq-ur-Rehman (Ateeq), had played an “active part” in keeping the relationship going. The court heard he was possibly the target of the attack on May 12, 2002.

Petrol bombs were thrown into the house on Osborne Road. Petrol, which was believed to have been poured into the property through a nozzle, was ignited.

Mohammed remained emotionless as he was found guilty of eight counts of murder and one of conspiracy to commit arson with intent to endanger life.

The prosecutor Alistair MacDonald QC said: “All those who were upstairs were overwhelmingly likely to be trapped on the upper floors by the fire that rapidly developed once the petrol had been ignited.”

Mr MacDonald said the attack was “carefully planned” and that as the men drove away, Mohammed said to Iqbal: “Did you see the way it went up?” 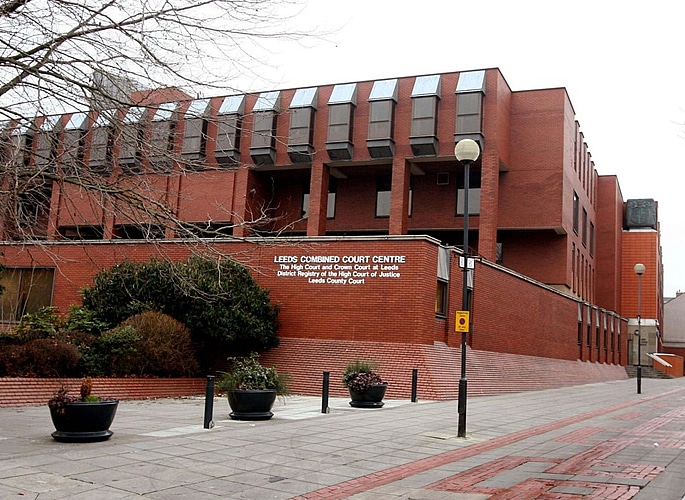 Siddiqah Aziz, a surviving member of the family, explained how she was able to save her father but the fire’s intensity prevented her from helping other relatives.

She said: “When I went downstairs, the smoke was coming through the front room. I got my dad through to the cellar, because he was really weak, and I came back for the others.

“But when I came back the fire was too strong, it was too much.”

During the trial, Abbas Lakha QC, defending, stated that Iqbal had planned the attack to teach Ateeq a lesson.

Mr Lakha claimed that Mohammed only acted as a look-out and had thought that the plan was to petrol bomb a car.

Officers from West Yorkshire Police’s Homicide and Major Enquiry Team, along with the support of the National Crime Agency, the British High Commission in Islamabad, the CPS and local authorities in Pakistan extradited Mohammed back to the UK in October 2018.

The Telegraph and Argus reported that he remained in prison in Pakistan after he was found and arrested in Rawalpindi on January 22, 2015.

“This incident remains the biggest single event of multiple murders that West Yorkshire Police has investigated.”

“It has been an extensive and protracted inquiry with a large team of detectives tirelessly working to secure justice for the family.

“At the end of last year, we were successfully able to extradite Mohammed from Pakistan with the assistance and support of several agencies, both here in the UK and abroad.

“Since 2002, the Chishti family has shown nothing but dignity throughout this unimaginable tragedy for their family.

“I would like to express my greatest condolences and gratitude to them for all these years and I wholeheartedly welcome the verdict handed to Mohammed after he attempted to evade justice for so many years.”

One of the survivors, Mohammed Shafique, said:

“We are naturally pleased that this man Shahid Mohammed, who ignored police and court bails, has been brought to justice.

“He has been convicted of the murder of eight people in our family. This is not going to bring back our loved ones and I hope he gets a long prison sentence and I hope he doesn’t see the light of day.”

He added: “Coming to the court and listening to the witnesses and the evidence that has been presented, it has been quite emotional at times.

“And the fine details of the victims inside the house, it was very difficult, very emotional for us to be there and listening to all that.”

“We are naturally pleased he has been convicted of eight murders and we had to wait for such a long time – 17 years.

“It’s been hard. Going through the trial and listening to all the evidence reproduced in 2003, it’s been very hard for us.

Shahid Mohammed was sentenced to life in prison, to serve a minimum of 22 years and 53 days.

Dhiren is a journalism graduate with a passion for gaming, watching films and sports. He also enjoys cooking from time to time. His motto is to “Live life one day at a time.”
Newly Wed Indian Wife drugs In-Laws and Robs Them
MPA accused of Rape and Blackmailing Student Flees Pakistan