Man jailed for Setting Takeaway on Fire for ‘Owed Wages’

Bradford-based Waqas Ali was imprisoned for setting a takeaway on fire. He set the building alight after claiming that he was owed wages.

"There is no such thing as a little arson."

He torched Waj’s Fast Food on Manchester Road, Bradford because he thought he was owed £75 in unpaid wages. The incident happened on August 25, 2018.

Prosecutor Philip Adams told Bradford Crown Court that Ali started the fire at 5 am while a couple and their child were sleeping in the flat above.

He purchased petrol from a nearby petrol station and doused the back door before igniting it and running away.

Wajid Ashgar, the takeaway’s owner, was quickly on the scene along with the fire service.

Approximately £30,000 worth of damage was done, with the kitchen area ravaged. The family living in the flat above escaped unhurt and their home sustained minor smoke damage.

Mr Ashgar made enquiries and obtained CCTV footage from a local business that showed Ali with a canister of petrol.

Ali had worked at the takeaway but had left five months previously. He had wrongly claimed Mr Ashgar owed him £75 in unpaid wages.

He was arrested three days later. Ali told police he got drunk and lost his temper. He bought £10 of petrol and set the takeaway on fire. 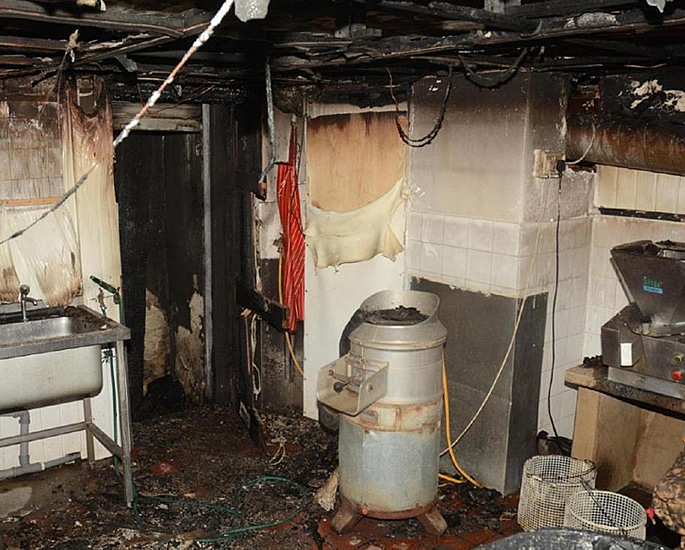 He said he was unaware that a family lived above the takeaway.

The court heard that Mr Ashgar had to close the business for four months as his insurance claim was still not sorted out. As a result, the arson had put a big strain on his family.

Stephen Wood, defending Ali, explained that his client was immature and remorseful about his actions and the possible consequences.

Mr Wood said Ali had an unhappy upbringing that caused him to abuse alcohol. He needed treatment to address his emotional needs.

Ali had no previous convictions and no experience of a custodial regime.

He pleaded guilty to reckless arson. However, he was arrested on a warrant for failing to attend his sentencing hearing on July 2, 2019.

Judge Jonathan Rose read probation and psychiatric reports about Ali. He concluded that Ali was a dangerous offender who posed a serious risk to the public. Judge Rose said:

“There is no such thing as a little arson. It is often a measure of good fortune or luck that distinguishes between ‘a simple arson’ and murder.”

Ali set the takeaway on fire over “a trifling small amount of money” he said he was owed.

It was an act of revenge after Ali had spent time brooding over his perceived wrong. 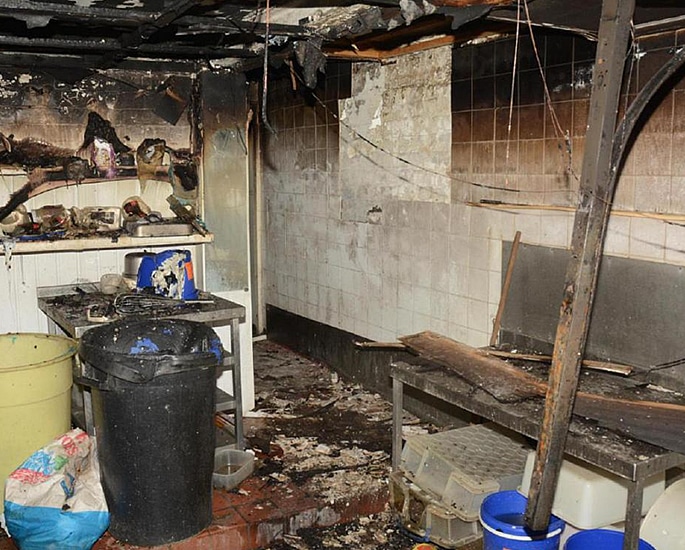 “As far as this court is concerned, he might re-offend in a similar way, putting the lives of others in jeopardy.”

The court was told that Ali must have known that people were living above the takeaway because he had worked there.

He had thought about how he had been wronged while highly intoxicated. Judge Rose told him:

“It seemed to you to be a good idea to torch, to burn down, to destroy the property of Mr Ashgar.”

“You were looking at a grand gesture of destruction.

“It was entirely fortuitous that the occupants of the flat woke up and that none of them was killed or seriously injured.”

Waqas Ali was jailed for four years and two months with a three-year extended licence period. This would put him under close supervision when he is released.

The Telegraph and Argus reported that Judge Rose warned Ali that committing arson in the future could result in a life sentence.

A spokesperson for the fire service said:

“We view any criminal activity involving deliberately setting fire to property as extremely dangerous as it could endanger lives, damage property and ruin local businesses.”

Dhiren is a journalism graduate with a passion for gaming, watching films and sports. He also enjoys cooking from time to time. His motto is to “Live life one day at a time.”
Indian Man convicted of Killing Wife in Bathtub in USA
Man jailed for Threatening to put Teen’s Sex Video Online