Indian Man convicted of Killing Wife in Bathtub in USA

An Indian man has been found guilty of murdering his wife. Avtar Grewal killed his wife in the bathtub at her home in Arizona, USA.

Indian man Avtar Grewal, aged 44, has been found guilty of murdering his wife. The conviction comes 12 years after the killing took place.

Grewal killed Navneet Kaur at her home in Ahwatukee, Arizona, USA, in 2007 after she told him she wanted a divorce.

He strangled her and then submerged her in a bathtub of water.

Grewal then fled to India but was arrested by international authorities and extradited to the United States in 2011.

Prosecutor Juan Martinez showed the court a letter the state believes Grewal wrote and left at his wife’s home. It read:

“I killed this selfish b***h who tortured me for two years. Made my life hell.”

Grewal claimed he never called a woman the word in his life and said the sentence was part of a suicide note.

Throughout the trial, defence lawyers argued Grewal did not intend to kill his wife and wanted his family to hate him because of his guilt.

However, prosecutors stated that the murder was premeditated and Grewal had a pattern of controlling behaviour.

They explained that Grewal immediately showed his “true colours” after he married Navneet in 2005.

Grewal and Navneet had an arranged marriage in India. But their relationship was long-distance as Grewal lived in Canada while Kaur resided in the USA on a visa.

According to prosecutors, Grewal would call his wife multiple times to find out her location. When she did not answer, he would call her workplace and other people.

In one case, Navneet and her brother were at a photo counter inside Costco. Grewal called several locations until he found the right one and asked a staff member to hand the phone to his wife.

Prosecutors argued Grewal wanted to be in control and was jealous.

During their marriage, Kaur needed heart surgery. She chose to have surgery in the United States but Grewal wanted her treated in Canada.

Mr Martinez explained that the surgery was important to the trial as it showed that Kaur cared about herself while Grewal only cared about what was best for him.

While she was recovering, the Indian man looked through her laptop and read her diary. 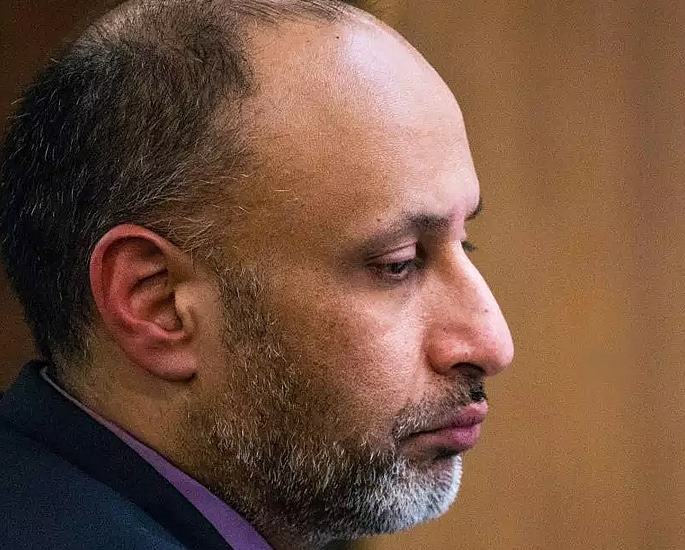 Mr Martinez said: “The only pattern in his life was an individual who keeps escalating.”

Leading up to her death, Navneet called her husband and said she wanted a divorce. Prosecutors said Grewal wanted to speak about it in person.

Grewal travelled to her home so they could talk about it. Defence lawyer Jeffrey Kirchler said:

“For Avtar when that phone would ring, he was walking on eggshells not knowing where this was going to go.”

At her home, Kaur repeated her desire for a divorce and admitted to having an affair.

Defence attorneys said the couple started to argue and they slapped each other. Prosecutors said Navneet kicked her husband in the groin.

Mr Martinez said that at some point, Grewal “strangled a woman to death with his bare hands”.

He then dragged her to the bathroom because he didn’t think she was dead. Grewal then placed her face down in the bathtub and filled it with water. Grewal later wrote the letter.

Grewal’s lawyer Richard Randall said what happened to Navneet was tragic because “her life was extinguished.” He said:

“Avtar had no intent to kill Navneet.”

The court was told that the couple would celebrate birthdays and visit each other. Their wedding photo was inside Kaur’s home.

Defence lawyers said the death was an accident. Grewal then made several attempts to take his own life.

An expert testified that the Indian man can become confused when he is under high stress.

Mr Kirchler said Grewal felt like he was a failure. He wanted everyone to hate him.

Grewal testified and directed many comments towards Mr Martinez. He called him “analytical” and accused him of “bullying” him.

Before defence lawyers gave their closing statement, they asked the judge for a mistrial.

Grewal’s lawyers accused Mr Martinez of saying they had “coached” Grewal to try to get sympathy for his mental health issues.

However, the motion was denied. The judge said it was fine for an attorney to mention another’s strategy and that the prosecutor had used the word “rehearsed” and not “coached”.

Avtar Grewal was found guilty of first-degree murder. He is set to be sentenced on August 23, 2019.

Dhiren is a journalism graduate with a passion for gaming, watching films and sports. He also enjoys cooking from time to time. His motto is to “Live life one day at a time.”
Vijay Mallya Expenses cut by £4,000 by UK Court
Man jailed for Setting Takeaway on Fire for ‘Owed Wages’