Polly Chowdhury and Kiki Muddar have been charged with the manslaughter of Chowdhury’s daughter, Ayesha Ali. DESIblitz has more details of the twisted crime.

"Ayesha Ali was an innocent and defenceless child manipulated by two adults."

A mother and her female lover have been found guilty of manslaughter of eight-year-old Ayesha Ali, whose body was discovered in her east London home in 2013.

Ayesha’s mother Polly Chowdhury, 35, and her lover Kiki Muddar, 43, were initially cleared of murder charges, but the jury later ruled the pair committed manslaughter after a lengthy deliberation.

The case was tried at the Old Bailey, where Muddar and Chowdhury recounted the events leading up to the terrible death of Ayesha.

Muddar and Chowdhury were neighbours, but became closer when Muddar gained sympathy and friendship from Chowdhury by pretending to have cancer.

When Chowdhury’s husband Afsar Ali noticed Muddar was exerting negative influence on his family, he decided to move them away. But Muddar managed to track down their new home and eventually caused the marriage to fall apart.

This was when Muddar, who claimed to be an engineer for the Olympics, began her attempts to convince Chowdhury that her daughter Ayesha was evil and did not deserve to be loved. 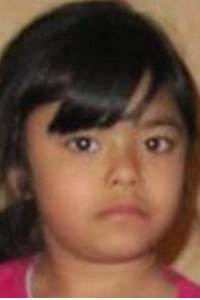 Muddar called Chowdhury incessantly on the phone and sent her text messages to express how much she resented Ayesha. She believed the child was the cause of her faked worsening health.

The 40,000 hate text messages that Muddar kept copies of contained malicious messages such as ‘you have no right to ever love or like your evil daughter’.

Muddar even went to great lengths to create a Facebook alias named ‘Skyman’ to convince Chowdhury that her daughter carried ‘bad blood’. She further manipulated Chowdhury to discipline Ayesha in order to remove her ‘evil spirits’.

Chowdhury admitted that her and Muddar had slapped Ayesha and hit her with a wooden spoon at Skyman’s order via a text message. At this point, the couple had moved in together.

According to a recorded phone conversation with one of Muddar’s friend just a month prior to killing Ayesha, Muddar called the girl ‘a witch’ and threatened to drown her in the bath.

The violent abuse came to a tragic end when Muddar called the police on August 29, 2013 to report Chowdhury tried to commit suicide and Ayesha was dead.

The paramedics arrived at their home in east London, only to discover the girl was ‘cold and stiff’ in her bedroom. They also found she had suffered over 50 injuries including carpet burns and a bite mark. But it was a head injury that took her life.

Chowdhury wrote a few notes that seemed to admit to killing her daughter. They read: ‘I have taken my life and Ayesha’s life’.

But the police investigation uncovered evidence that incriminated Muddar’s role in Ayesha’s death, even though she claimed to be at her parents’ home on the night of the killing.

Her plead to insanity did not help either. Though she was diagnosed with a borderline narcissistic personality disorder, the prosecutor was able to support the charges against Muddar with the help of a psychiatrist.

In quoting the psychiatrist’s evaluation, Prosecutor Richard Whittam said: “She was rational in her judgments in having a disgust with Ayesha. She did not like Polly Chowdhury putting Ayesha above her interests. 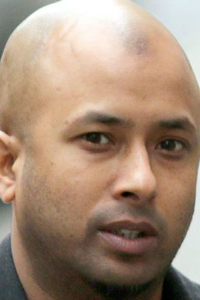 “However immoral, abhorrent and illegal her judgment, it was rational…there is no question of either defendant having been mad.”

Detective Sergeant Andy Nimmo detested Muddar for her ill-natured intentions and Chowdhury for torturing her own child.

He said: “Ayesha Ali was an innocent and defenceless eight-year-old child caught up in a bizarre set of circumstances and manipulated by two adults who were intent on causing her harm.

“Through social media and text, Muddar created a sophisticated web of lies and deceit which took officers months to unpick. What unravelled was a picture of enormous hatred directed towards Ayesha by both Muddar and Chowdhury.”

He continued: “Ayesha should have been able to turn to one person who she could trust – her mother – but Chowdhury had allowed herself to become influenced by Muddar and together they inflicted serious emotional and finally physical harm on Ayesha.”

Ayesha’s father, Ali, who was present every day at the trial, was angry and heartbroken: “It’s completely destroyed my life from now until I die.”

Muddar and Chowdhury are due to receive their sentence on March 6, 2015.

Scarlett is an avid writer and pianist. Originally from Hong Kong, egg tart is her cure for homesickness. She loves music and film, enjoys travelling and watching sports. Her motto is “Take a leap, chase your dream, eat more cream.”
Indians among Forbes’ Power Businesswomen 2015
International Women’s Day for British Asian Women