Business is not a man’s world anymore. Women have enjoyed growing power in recent years, as seen in Forbes’ 2015 Most Powerful Businesswomen in Asia.

These amazing women, each of whom have battled through ups-and-downs in their respective industries, are celebrated for initiating change and driving progress.

Together, they have taken India to second place in this year’s list, which is jointly dominated by female business moguls from China and Hong Kong.

The 2015 list welcomes 27 newcomers, one of which – Noni Purnomo from Indonesia – will appear on the cover of Forbes’ latest issue.

Forbes has set high criteria for the list, demanding candidates ‘to be active in the upper echelons of the business world in Asia, wield significant power and have access to robust financial resources’. 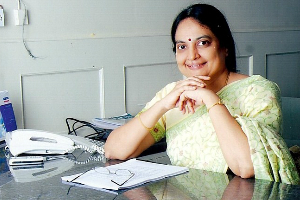 Akhila has propelled Shriram Life Insurance into one of the most profitable industry leaders within a decade. She is also the only woman on the board of Shriram Capital.

She founded the Shriram Foundation in 1993 to bring education to the less fortunate children in India and to provide microfinance services for female entrepreneurs.

Other Indian female business moguls on the list include the two most powerful bankers in India – Arundhati Bhattacharya, the Chairman of State Bank of India, and Chanda Kochhar, the Managing Director and CEO of ICICI Bank. 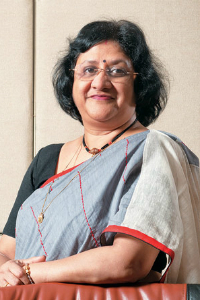 Another banker who joins the league is Shika Sharma, the Managing Director and CEO of Axis Bank which operates 2,500 branches and almost 13,000 ATMs across India.

Usha Sangwan, daughter of billionaire Lakshman Das Mittal and the first woman to become the Managing Director of Life Insurance Corporation of India, also made the list.

Last but not least is Biocon’s Kiran Mazumdar Shaw. The biopharmaceutical has garnered the Global Economy Prize by Germany’s Kiel Institute and the Othmer Gold Medal by the US’s Chemical Heritage Foundation.

Here is the full list of Forbes’ 50 Most Powerful Businesswomen in Asia 2015:

The fight for gender equality in the workplace has come a long way. It is hoped that the increasing media interest in women in top positions will continue to advocate their rights and remove barriers for all walks of life.

DESIblitz congratulates these magnificent female leaders for being honoured by Forbes’ prestigious list!