Four Indian stars have made it into the 2015 Forbes Celebrity 100: The World’s Highest-Paid Superstars Of 2015, including Salman Khan and Amitabh Bachchan. Boxer Floyd Mayweather, tops the list with £190.5 million ($300 million).

"The result is a more accurate reflection where Bollywood's biggest stars earn more than some Hollywood A-listers."

Forbes’ annual ‘Celebrity 100’ list sees some of Bollywood’s biggest names rising into the ranks of the world’s highest paid celebrities.

Bachchan’s fifty-year-long career has seen him star in more than 150 movies. In addition to acting roles, such as 2014’s Bhoothnath Returns, he is the host of India’s Who Wants To Be A Millionaire? TV game show.

Whilst he has not caught up with Bachchan, Salman Khan has acted in 80 movies over his fruitful career, while also hosting Bigg Boss, the Indian version of Big Brother.

His 2014 blockbuster, Kick saw him grossing millions and delighting audiences around the world.

Khan also boosts his earnings through his charitable ‘Being Human’ clothing line, and his business deals. 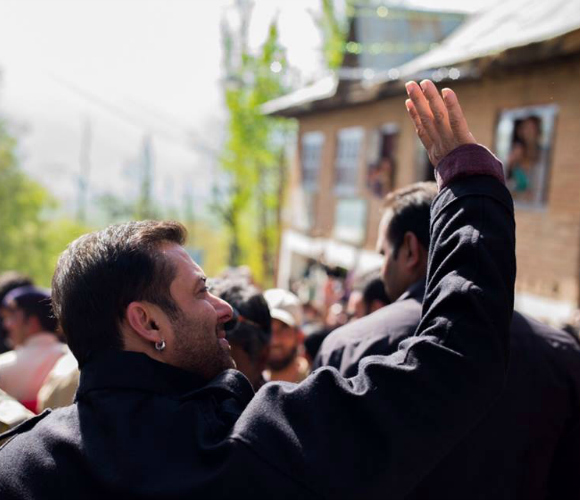 It is interesting that neither Shahrukh or Aamir have made the list despite Aamir seeing success in China, while SRK regularly boasts brand endorsements and blockbuster hits. In addition, no woman from India has made the list.

Forbes however admit that their new method of calculating wealth makes it more open to celebrities and entertainers around the world, regardless of their nationality:

“Instead of using US-centric power metrics, we’re simply ranking the world’s 100 highest-paid celebrities, regardless of nationality.”

Akshay remains one of Bollywood’s most lucrative stars, averaging four to five films each year, for which he is paid ‘top rupee’.

The list also welcomes acclaimed Indian cricketer Mahendra Singh Dhoni at 82, with £19.6 million ($31 million) to his name in the last 12 months.

Topping the Celebrity 100 list is the American professional boxer Floyd Mayweather, who boasts a staggering £190.5 million ($300 million) in earnings for the last 12 months.

In the runner up position, is the Filipino Boxer Manny Pacquiao, with £101.7 million ($160 million). The ‘Fight of the Century’ between the two boxers was reportedly the most expensive boxing match in history.

Following the powerful sporting pair is Katy Perry who boasts £85.8 million ($135 million) in earnings . She is followed by popular boyband One Direction in fourth place.

The Forbes Celebrity 100 has been an annual event since its inauguration in 1999, and it tells the story every year of which celebrities are the most powerful, and earn the most through their careers and endorsements.

The 2015 list shows more stars capitalising on the global reach of multimedia and marketing as they increase their fan bases and earnings.

Congratulations to all those who made it onto the 2015 roundup, and DESIblitz hopes to see more Bollywood stars making it into the Celebrity 100 for 2016.

Eleanor is an English undergraduate, who enjoys reading, writing and anything media related. Aside from journalism, she is also passionate about music and believes in the motto: “When you love what you do, you’ll never work another day in your life.”
Is Irrfan Khan the new King Khan?
Emma Watson to star in Aamir Khan’s Mid Dey?