Young and remarkable Asians share the honour of being named Forbes’ 30 Under 30 of 2015, among the likes of Ed Sheeran and Keira Knightley.

“The list celebrates the most extraordinary individuals under the age of 30 across the globe.”

South Asian high achievers have joined the ranks of alumni Mark Zuckerberg and Jennifer Lawrence in making the Forbes ‘30 Under 30’ list.

In its fourth year running, the list celebrates the most revolutionary thinkers and extraordinary individuals under the age of 30 across the globe.

A total of 600 millennials, including Cristiano Ronaldo and Emma Watson, have been chosen to represent the class of 2015.

Innovators and young leaders with an Asian background or origin have taken their seats in a stunning 16 out of 20 listed categories. 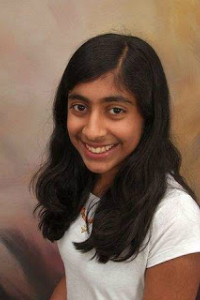 Compiled by three accomplished leaders from each of the categories or industries, the list also welcomes submissions from the general public and from voting via social media.

These bright Asian youths defy the adage that ‘life begins at 30’. Of them include Eran Hodis, an MD-PhD student at the Harvard-MIT Program, made a revolutionary discovery in the quest to find a cure for cancer, when his mother was diagnosed with the disease.

The youngest achiever on the list is 16-year-old inventor Deepika Kurup. She created a solar-powered jug to purify water. The teenager is also the US winner of the 2014 Stockholm Junior Water Prize.

Nikhil Nirmel is the founder of Lawdingo, a company which created a network of 2,000 lawyers who help people who cannot afford the services of conventional law firms.

Social entrepreneur Fiza Farhan is the co-founder and CEO of the Buksh Foundation. Her ambitions include empowering women entrepreneurs and introducing formal energy and clean energy projects to all of Pakistan. 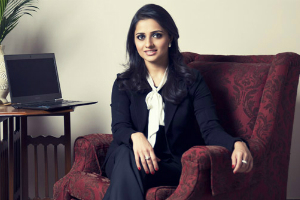 Shama Hyder, is the founder of the Marketing Zen Group a best-selling author of the The Zen of Social Media Marketing. She is also an international keynote speaker.

Asha Sharma is the Chief Marketing Officer at Porch, a company which helps you build the ideal home by providing a network of home improvement professionals.

In the consumer tech category, Ankur Jain, the co-founder of the app Humin and founder of the Kairos Society, makes the list. The Wharton alumni is the son of Indian billionaire Naveen Jain.

While Forbes’ annual list is not definitive, it gives a very good indication to what our future beholds in the hands of young talents and visionaries filled with passion and hunger for success.

Though the 2015 list has been dominated by white males, the promising potential of Desi achievers should not go unnoticed.

Scarlett is an avid writer and pianist. Originally from Hong Kong, egg tart is her cure for homesickness. She loves music and film, enjoys travelling and watching sports. Her motto is “Take a leap, chase your dream, eat more cream.”
India to launch e-voting system for NRIs
Amardip Bhopari jailed for having Sex with a pupil