The Indian government is launching an e-voting system for Non Resident Indians (NRIs), who will now be able to vote from abroad. Indian PM, Narendra Modi, evoked memories of India’s most famous NRI, at a convention to celebrate NRIs.

Indian citizens living in the UK will welcome this policy change.

Non Resident Indians (NRIs) will soon be able to vote from abroad in Indian elections under a new e-voting system.

This means that they will not have to fly back to their hometown constituencies during elections to cast their ballot.

On January 12, 2015 the Indian Supreme Court ordered the central government to bring the new e-voting system into place within eight weeks. The government has four weeks to inform the Supreme Court of its progress.

This e-voting system was recommended in a report by the Election Commission in India. The Indian government has told the court that it is committed to having the process in place once laws have been amended.

NRIs gained the right to vote in Indian elections in 2010. But they had to go back to their hometown constituency in India to vote. 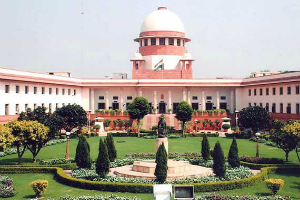 The previous nationality law had been challenged by a petition set up by Shamsheer Vayalil, an NRI based in Abu Dhabi.

In response to this, the Supreme Court asked for a report from the Election Commission.

Before 2010, if an Indian citizen had been out of India for longer than six months, they were not allowed to vote.

The southern Indian state of Kerala, who will vote for a new state government in 2016, is the area of India which will be most affected by the launch of the e-voting system. As many as 4 million Keralites live outside of India, particularly in the Gulf.

Nevertheless, many of the 11 million Indian citizens abroad are living in countries such as the UK, USA, Canada, Italy, Australia, and New Zealand, will welcome this policy change. 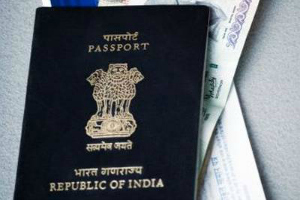 Under the new e-voting system, a blank postal ballot paper is emailed to the voter. The voter will fill in the ballot paper and mail it by post to their constituency.

The Election Commission has said that in the new e-voting system, there is little risk of corruption such as manipulation, vote-rigging, or the violation of the secret ballot.

This new e-voting system does not affect people of Indian origin or birth, who are citizens of other countries. However, it is a further sign that the Indian government values the Indian diaspora far more.

Only days earlier, the Indian government announced that the Person of Indian Origin (PIO) scheme and the Overseas Citizenship of India (OCI) will be merged and replaced by a one-time visa.

On 8 January 2015, India celebrated Pravasi Bharatiya Divas (PBD) or Non Resident Indian Day. This date marks the return to India of the most famous NRI, Mahatma Gandhi, from the UK via South Africa. 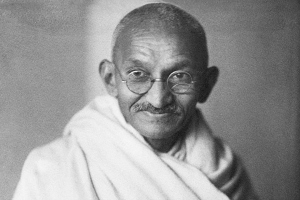 For 2015, the focus on Gandhi was even greater as it was the 100th anniversary of his return to India. The 2015 event was held in the Mahatma Mandir, in the city of Gandhinagar, Gujarat.

Indian Prime Minister, Narendra Modi, who himself is a Gujarati, inaugurated the 2015 PBD, which was attended by 4,000 NRIs from 45 countries.

In his inauguration speech, Modi encouraged overseas Indians to contribute to the future growth of India.

Prime Minister Modi said: “Our forefathers went to far off lands in search of opportunity. They endured long journeys and carved a niche for themselves wherever they went.

“There was also a phase where educated Indians and professionals went abroad for more exposure or better prospects. Perhaps that phase was necessary.

“But today opportunities await you on Indian soil. Time has changed rapidly and the world is looking at India with hope.”

Modi added: “An Indian in any corner of the world has become a symbol of strength. The world is ready to embrace us and we must be ready for the world.” 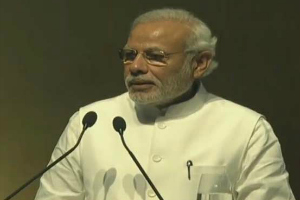 At this conference, Modi promised to clean up the visa system, and introduce visas on arrival.

There has been growing interest on the part British Indians, to engage with India. Liberal Democrat politician Lord Navnit Dholakia, who was present at the PBD convention, said: “I now have an apartment in Ahmedabad and keep coming back.

He added: “For our families, moving to East Africa was for economic reasons. But India is where the emotional connect is.”

Priti Patel, Conservative MP for Witham, and Exchequer Secretary to the Treasury, led a UK delegeation to the PBD conference.

She said: “Everywhere we hear about the coming of good days [achhe din]. The UK wants to stand shoulder to shoulder with India in building these good days.”

For the Indian diaspora, the ability to reconnect with India has certainly improved. The new e-voting system is a welcome improvement for NRIs, as is the introduction of the lifetime visa for those of Indian origin.

Indians in the diaspora will hope that this is just the start, with more changes to come.

Harvey is a Rock ‘N’ Roll Singh and sports geek who enjoys cooking and travelling. This crazy guy loves to do impressions of different accents. His motto is: “Life is precious, so embrace every moment!”
10 Worst New Year’s Resolutions
Asians on the Forbes 30 Under 30 List 2015