Shahrukh Khan has proved he is the ‘King of Bollywood’ by being crowned number one in the first ever Forbes India Celebrity 100 list. Shahrukh leads the list based on his income and popularity. The star beat the likes of Bollywood legend Amitabh Bachchan, arch rival Salman Khan and action stud Akshay Kumar.

Shahrukh Khan has definitely shown us who the Don of Bollywood is by hitting the number one spot on the Forbes India Celebrity 100 list.

Shahrukh Khan has achieved quite a lot in recent times, including acting in super-hit films, endorsing various brands and taking his team Kolkata Knight Riders to their maiden Indian Premier league [IPL] title in 2012.

Shahrukh Khan was up against some pretty stiff competition, especially considering his recent rivalry with Salman Khan. The two Bollywood heartthrobs do not share much love between each other. Let’s just hope that this win does not ignite some old scars between two of Bollywood’s biggest stars. 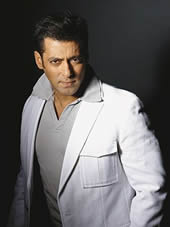 Salman in a recent interview with Zoom TV said:“There was a time when Shahrukh and I never got along well; in fact, we don’t get along now either. It’s not that there’s any enmity. Whatever happened in the past is all forgotten. More than us, people have hyped our relationship. We are not in a boxing ring, we are mature people. He should beat me with his work and I should beat him with my work.”

The handsome Shahrukh graced the cover page of Forbes magazine, looking as good as ever. Forbes India estimates that King Khan has earned 202.83cr between October 2011 and September 2012.

It is surprising to see some of the Non-Bollywood stars making it so high. Indian captain Mahendra Singh Dhoni comes in at number three, ahead of some famous celebrities such as Amitabh Bachchan and fellow team mate Sachin Tendulkar. In total MS Dhoni has accumulated 135.16cr during the period of 2011 – 2012. Kareena Kapoor standing at number seven is the leading female star in the list, closely followed by Katrina Kaif at number ten. Aamir Khan is listed in 12th position, falling just outside the top ten.

Here is a run down of the Top 20 highest paid Indian celebrities:

[Source: Forbes India – based on income and popularity] 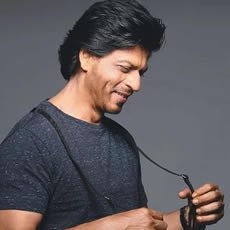 Let’s take a look at how Shahrukh made it to the number one spot starting with 2011. Shahrukh came back with a bang with the science fiction film Ra.One [2011]. In this film he played the futuristic cool hero G.One who had all the kids in awe and the ladies thinking ooh!

Directed by Anubhav Sinha the film raked in an amazing 240cr and also featured renowned international vocalist Akon who recorded two songs for the film. The film had everyone singing and dancing to the track ‘Chammak Challo.’

Farhan Akhtar’s Don 2 was another success for King Khan as it became one of the highest grossing Bollywood film of 2011. This action thriller saw Shahrukh Khan portraying the role of the sleek, sexy and sadistic villain. The film serves as a sequel to Farhan Akhtar’s Don [2006], with everyone getting a chance to see the softer side of this underworld criminal. 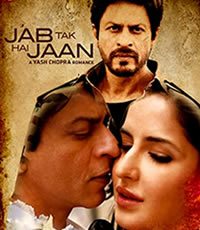 In 2012, Shahrukh returned to the big screen with the amazing, breath taking and touching Jab Tak Hain Jaan. This movie directed by Yash Chopra [late] tells a story of how love can overcome anything.

The movie was an instant hit by cashing up a whopping 211cr, making it the highest grossing Bollywood film overseas in 2012. Yashji played a major role in Shahrukh’s flourishing career by propelling him to heights he could never had imagined.

Shahrukh admits that he has enormous amount of respect for Yashji. He continues saying:

“Yashji and I used to talk about life. I had a relationship with him, which was beyond films and more than films. We never sat down and discussed much about films.”

Away from Bollywood, Shahrukh has jumped into the world of endorsements. Shahrukh Khan endorses several international brands, including Pepsi, Nokia and Compaq.

His most notable and longest endorsement deal is with the global car company Hyundai. Shahrukh has been supporting the company for nearly twenty years and has just wrapped up shooting another campaign for 2013. The star tweets; “Shooting for Hyundai…one of my longest and most fun relationships…nearly 20 yrs now…i think.” 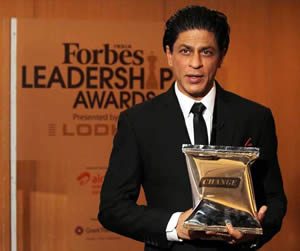 In 2008 Shahrukh decided to take a swing at sports management. Teaming up with fellow actress Juhi Chawla and her husband Jay Mehta, the star pair bought the cricket franchise Kolkata Knight Riders in the IPL.

Shahrukh has generated a further income of 3.57cr from his joint ownership of Kolkata Knight Riders. After a disappointing three years in the IPL, Shahrukh’s team proved critics and fans wrong by winning the 2012 tournament.

Whether it is acting, advertising or managing it seems that everything that King Khan touches turns to gold. Its obvious the man with the Midas touch is not ready to retire just yet.

2013 seems to be another packed year for Shahrukh with several movies already in the pipeline. Shahrukh Khan reunites with his Om Shanti Om [2007] co-star Deepika Padukone in the romance comedy Chennai Express [2013]. Rohit Shetty, the director of Bol Bachchan is working with Shahrukh and Deepika for the very first time on this movie.

Speaking of reunions Shahrukh is also teaming up with director and choreographer Farah Khan for the film Happy New Year [2013]. The pair last worked together on the musical romantic comedy Om Shanti Om [2007].  The film also stars Abhishek Bachchan in a crucial role.

Also for all you Don fans out there, according to the Times of India Shahrukh has had meetings with Farhan Akhtar to discuss future story lines and possible sexy co-stars.

It seems that Shahrukh is like a fast moving train that has no plans of stopping. His empire is growing at an incredible rate and the reflection of his work has definitely been appreciated on a global scale. Shahrukh Khan has definitely created a legacy within the Bollywood industry and deserves the number one spot on the Forbes India Celebrity 100 list.

Arun is a creative person who lives and breathes the world of Fashion, Bollywood and Music. He enjoys spending time with family and friends and loves a bit of banter. His life motto is: "You only get out of life what you put into it."
Saif sets the Pace with Race 2
Akshay’s brilliant act in Special 26