Priyanka Chopra has topped Maxim India Hot 100 for the third time and marks her triumph with a magazine cover that is too hot for us to handle!

PeeCee glows with confidence that can only be possessed by a true superstar.

Maxim India has named Priyanka Chopra, the globetrotting star of Quantico and Jai Gangaajal, ‘the hottest woman in the world’.

Like an unstoppable train, the Bollywood actress has topped the list for the third time. She also won the title in 2011 and 2013.

Maxim India makes the announcement with an insanely hot cover for its June/July 2016 issue, featuring PeeCee in a sexy and stylish outfit.

She tantalises in a patent leather skirt with a thigh-high slit, and glows with confidence that can only be possessed by a true superstar.

In another cover for the special double issue, PeeCee looks like a supermodel with one hand holding up her luscious hair into a high ponytail, and a fierce look on her beautiful face. 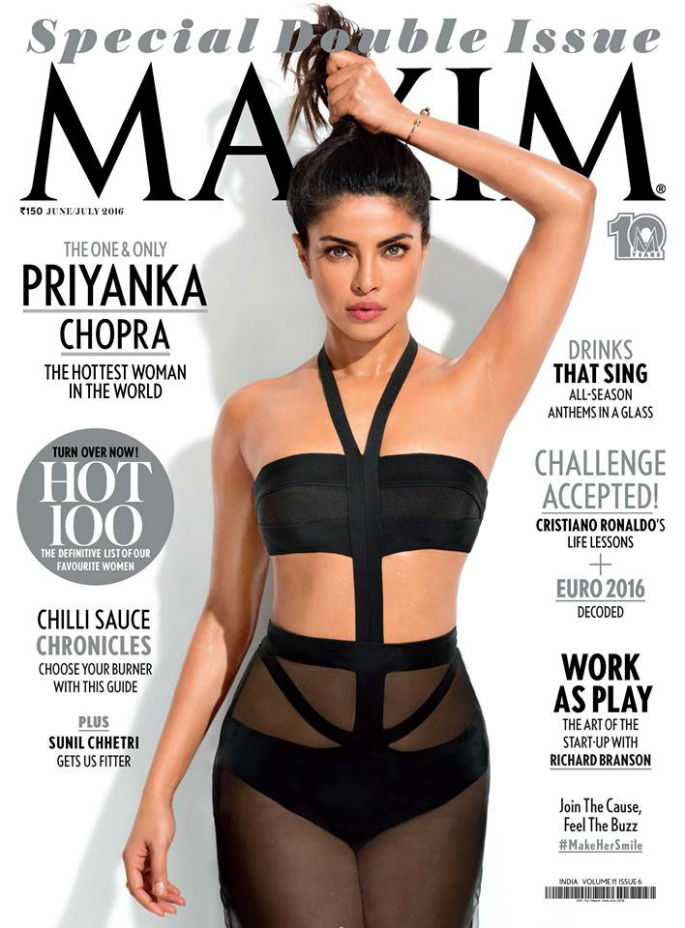 For all the hotness that she channels, some couldn’t help but notice her oddly smooth armpit.

Mel says on Twitter: “Priyanka Chopra’s armpit in the Maxim cover is so unrealistic.”

Facebook user Zainab Batool jokingly comments: “For a sec I thought she doesn’t have armpit.”

Maxim India find themselves in the middle of allegations of airbrushing the photos and projecting unrealistic body expectations for women.

HelloGiggles, a lifestyle website with a focus on female empowerment, accuses the men’s magazine for exerting more pressure for women to appear perfect:

“There’s not even a crease. A magazine like Maxim India should be fine [with] leaving a bodily feature like that unaltered.”

Maxim India is yet to make an official response, but PeeCee has decided to give her two pennies worth for the debate, by making a reference to US rapper Eminem’s hit track ‘The Real Slim Shady’:

Whether it’s her ‘dream’ armpit or not that makes her desirable, fans will tell you there are plenty of reasons to admire the 33-year-old actress-singer. 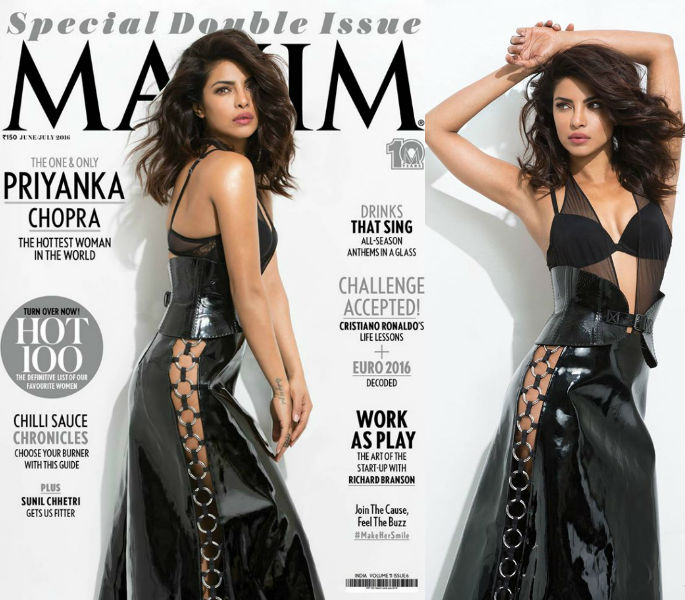 Despite being one of the most famous entertainers on the planet, she maintains a close bond with her mother Madhu Chopra, and makes sure the star mom celebrates her birthday in style.

Priyanka was recently in London to promote her hit US TV show Quantico. As soon as work wrapped up, she treated her mother to the the most mouthwatering food in town.

And she didn’t mind the British weather! Apparently, PeeCee found the rain to be very ‘poetic’. 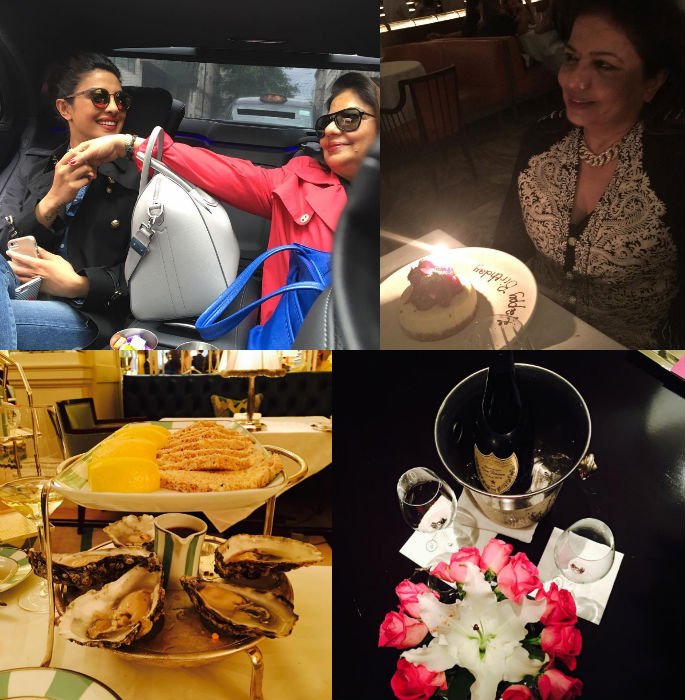 It’s not hard to imagine why Priyanka is in a good mood – basking in the international success of Quantico which has been renewed for a second season, and dominating magazine covers from India to the US.

But her ambitions do not stop there. The actress tells Complex magazine she is more interested in playing a female James Bond than playing Bond girl.

PeeCee has already famously taken on a character that is originally written for a male actor in the upcoming Baywatch (2017). Who better than this extremely talented sweetheart to play ‘Jane Bond’?