Elena Fernandes sizzles in a black bra, matched with a leather skirt.

Bollywood fans were in for a special treat with the September edition of Maxim India. None other than Ranveer Singh and Elena Fernandes graced the magazine’s cover!

Maxim India unveiled the cover on their Instagram on 14th September 2017. While they have remained quiet on releasing more images of the pair, the cover proves to look sexy and smart.

Both Ranveer Singh and Elena Fernandes delivered their best poses for the photo shoot. Ranveer stands tall in the image, sporting his trimmed beard and his hair neatly styled.

He dons a stylish suit; a navy chequered ensemble of a blazer, waistcoat and trousers. Underneath, he wears a crisp blue shirt, along with a tie striped with hues of orange and purple. Smouldering into the camera, Ranveer cuts an impressive look for fans.

Meanwhile, sitting in front of him is Elena Fernandes. Gazing away from the camera, she sizzles in a black bra, matched with a sheer skirt. With a high leg slit, one can gaze upon her stunning legs and black heels. Indeed, the magazine cover shows off Elena’s flawless figure.

With her raven hair styled in loose waves, swept to one side, she oozes sex appeal with a red lip and smokey eyeshadow. Truly a seductive image to behold. 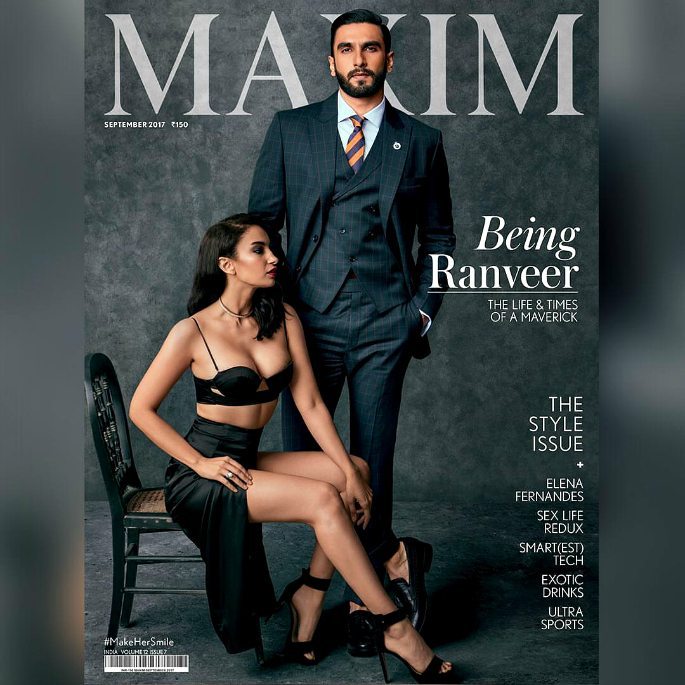 Maxim India appeared proud to showcase the brand new cover of Ranveer Singh and Elena Fernandes, captioning it with:

“2017’s Man of Style [Ranveer Singh] stars on the cover of our September issue, along with supermodel [Elena Fernandes].” Both stars also shared the image with their fans, generating a huge, positive response.

Inside the Maxim edition, the photoshoot oozes even more sensual appeal. 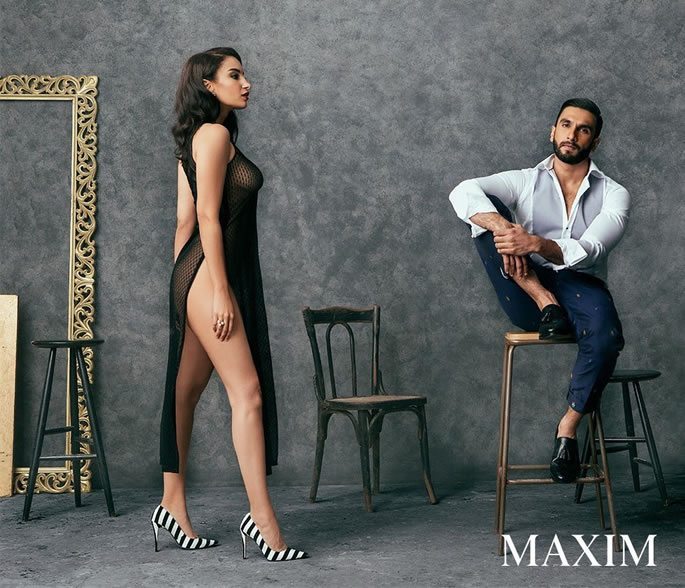 The former currently works on the upcoming movie Padmavati, which has led him to adopt different looks throughout the year. First, he had to grow his iconic, long beard.

But now Ranveer has shaven off it completely; a move that divided some fans.

Elena, who made her Bollywood debut with 2016’s Kapoor & Sons, spent some time at the New York Fashion Week. Sharing images of her time there, the model showed off her stunning fashion style, looking incredibly lush.

DESIblitz exclusively met up with Elena Fernandes to find out more her amazing career as a supermodel and her role in Bollywood, which you can read and watch here.

Also, why not check out more of Ranveer Singh’s hot looks here.