Emma Watson is reportedly starring in the exciting Indian biopic of J Dey, titled Mid Dey. She will take to the screen alongside Indian star Aamir Khan.

The teaming of Khan with the British Watson marks an exciting moment for Indian cinema.

Harry Potter star, Emma Watson, is rumoured to have been chosen as the female lead in Nandita Singgha’s biopic Mid Dey.

The film is about crime journalist J Dey, which will focus on his character, career, and his murder.

It has already been announced that Aamir Khan will take to our screens as the male lead, playing the character of J Dey.

Khan is said to have even postponed work on his film Dangal to work on the J Dey biopic. Singgha is planning to do the shooting for this film over 20-15 days, which will allow Khan to return to his work on Dangal quickly.

A source close to Khan said: “Aamir is thinking to postpone his shoot for Dangal since he wants to accommodate dates for Mid Dey after seeing the energy, clarity, and international cinema vision of Nandit Singgha.

“Mid Dey is more massy and connects mainly with every segment of an Indian and international audience. By doing Mid Dey Aamir will become the voice of Indian journalists in international cinema.” 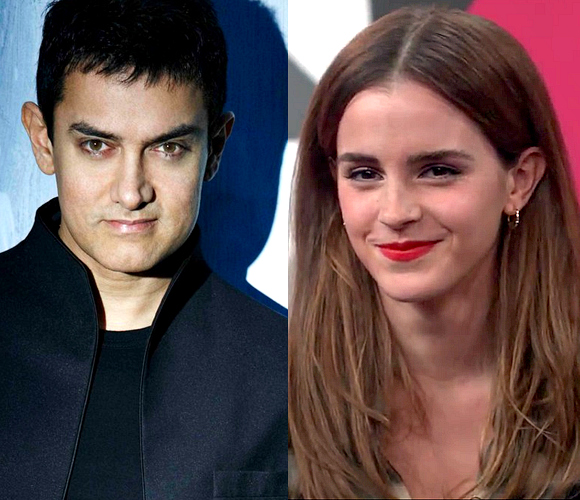 The teaming of Khan with the British Watson marks an important and exciting moment for Indian cinema. Watson has reportedly been cast to play the British journalist who breaks the news of J Dey’s murder to the world.

Her character is also planned to explore the power of journalists in Britain, India and worldwide in the present day.

If Mid Dey does prove the first uniting of Emma Watson and Aamir Khan, this bilingual, Hindi-English movie will become Khan’s first move into Hollywood, as well as Watson’s debut in India. Singgha has said:

“Once everything is finalised, we will hold a couple of press conferences in India and the UK to announce the film. Till then let’s keep our fingers crossed.”

Here at DESIblitz, we’ll keep our eyes on the progress of Mid Dey, as it promises to become one of the biggest and most exciting films of the year, both in India and the UK.

Eleanor is an English undergraduate, who enjoys reading, writing and anything media related. Aside from journalism, she is also passionate about music and believes in the motto: “When you love what you do, you’ll never work another day in your life.”
Bollywood Stars on Forbes Celebrity 100 List 2015
Desi Rascals, Proposals & Dancing by Arshina