A Tribute to the legendary Manna Dey

Bollywood has lost another legendary playback singer of yesteryear, Manna Dey. DESIblitz recaps his life and golden career that spawned many evergreen hits that still have us humming and lift our spirits even today.

“You say you love to listen to my songs. But I listen to Manna Dey’s songs.”

Manna Dey’s legacy lies in founding a new genre by providing a pop framework to classical Indian music. He was one of the stalwarts of Hindi film music from the 1950s to the 1970s and could hold his own among such marquee names as Kishore Kumar, Talat Mahmood, Mukesh and Mohammed Rafi.

Dey’s career spanned more than five decades during which he sang about 4,500 songs in Hindi, Bengali and many other languages.

Dey stood apart from other singers due to his unique voice. He was not shy of experimenting with qawwali and western music, and as a result produced many soul-stirring melodies.

Manna Dey was born Prabodh Chandra Dey on 1 May, 1919. Manna was actually his nickname which later became his stage name. 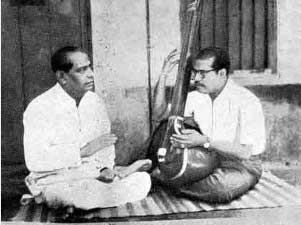 Dey had to wait till 1950 for his second break which came when he got the opportunity to sing a solo song Upar Gagan Vishal for S D Burman.

Dey’s technical mastery meant he was in demand to sing complicated raag-based songs. His unique voice and singing style was almost impossible for other singers to replicate.

Dey would prepare hard before singing a song. He complimented Shankar-Jaikishen for understanding his singing quality and depth. “I am especially indebted to Shankarji, for had it not been for his patronage, I would certainly not have attained the heights of success I enjoyed in my career. Here was one man who knew how to bring out the best in me. In fact, he was the first music director who dared to experiment with my voice by making me sing romantic numbers,” Dey wrote in his autobiography Memories Come Alive. 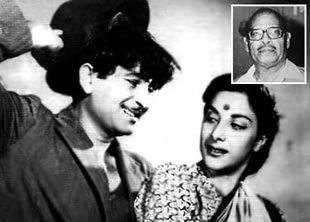 Dey did playback singing for the legendary Raj Kapoor in the movies Awara, Shri 420, Chori Chori, Dil Hi To Hai and Mera Naam Joker. However Raj Kapoor himself preferred Mukesh’s voice probably because the latter was part of the R K Studio group.

Dey sang hit songs for Pran including Kasme Vaade Pyar Wafa in Upkaar and Yaari Hai Imaan in Zanjeer which helped the actor move from negative parts to character roles.

Dey sang many popular duet hits with Asha Bhonsle, Lata Mangeshkar, Kishore Kumar and Mohammed Rafi. He gave his best to composers like Shankar-Jaikishen, S D Burman and R D Burman to name only a few.

Mohammad Rafi once told reporters, “You say you love to listen to my songs. But I listen to Manna Dey’s songs.” Composers like Anil Biswas and S D Burman have gone on record saying Manna Dey could sing songs that his famous peers like Talat Mahmood, Mukesh, Rafi and Kishore Kumar could not manage to do. 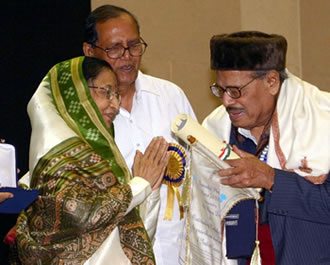 Dey received many laurels for his melodious singing including the Padma Shree, Padma Vibushan and Dadasaheb Phalke awards. He won the Best Male Playback Singer national award for the Hindi movie Mere Huzoor and the Bengali movie Nishipadma.

Dey’s personal life was peaceful and largely uneventful. He married Sulochana Kumaran from Kerala in 1953. The happy couple had two daughters. Dey credited Sulochana for inspiring him:

“She was everything in my life – the one I always consulted about my profession, not to speak about my personal life as well.”

Dey lived a reclusive life in Bangalore in his last years, especially after Sulochana died in January 2012.

Tributes have been pouring in after the death of the legendary singer. Anandji of the music composer duo Kalyanji-Anandji was a close friend of Dey. He eulogises about the singer, “The best thing about Dada was the ease with which he bridged between classical, folk, romantic and even fun comic numbers like none other ever could. It was his unique talent.” 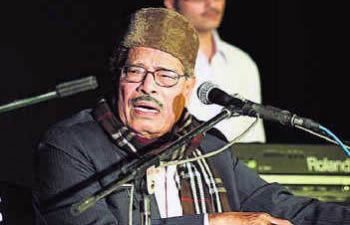 Singer Usha Uthup says, “There was no one else like him who could do Ek Chatur Naar or Ae Bhai Zara Dekke Chalo with as much ease as he would sing Pyaar Hua Ikraar Hua. He was a gentleman with so much of style.”

Yesteryear singer Suman Kalyanpur reminisces, “He was a singer with an amazing range and when I rendered the duet Mausam Ayega Jayega with Manna Da, he simply overshadowed me with his knowledge of base and classical range.”

Filmmaker Subhash Ghai nostalgically remembers, “Since my school days, I have been listening to his songs… he sang Hai Jindri for me in Vishwanath (1978).”

Singer Suresh Wadkar notes, “I used to perform live with him also. Kavita Krishnamurthy and I used to be really close to him. We never wanted to let him go.”

Though he is not with us any more, Dey’s legions of fans will forever remain loyal to his music and continue to obtain solace from his melodious songs whenever they feel the blues.

Arjun loves writing and has a Master’s degree in Journalism and Communication from The Ohio State University in the U.S. His simple motto is “Do your best and enjoy the rest.”
Akshay Kumar plays gangster in Boss
The Truth behind the Bollywood Casting Couch