The Truth behind the Bollywood Casting Couch

What does it take to be a movie star in B-town? Is talent enough, or do you have to go the ‘extra mile’ to win that audition. DESIblitz goes into the heart of Bollywood and reveals the brazen phenomenon of the casting couch.

"Unless you belong to one of those powerful star families, people tend to take you for granted."

It is not easy to break into big-time Bollywood if you are not born into a powerful and influential star family. Therefore, aspiring starlets feel the need to develop connections and get themselves a ‘sugar daddy’ in the business who will smoothen their ride to the top.

With desperate aspirants willing to almost throw themselves at their mercy, Bollywood bigwigs are not shy of exploiting the scenario or these junior artistes.

Indian rapper and singer Hard Kaur also exclusively told DESIblitz that she was approached upon first entering the Bollywood industry.

According to insiders, things have only become more rampant of late because of the willingness of starlets to give in. Actor Sambhavna Seth says: “Casting couch has always been there.

“Earlier, it was the man who was to blame, but now even the girls are ready to go to any length to get work. By putting naked pictures of themselves online what else are they asking for?” 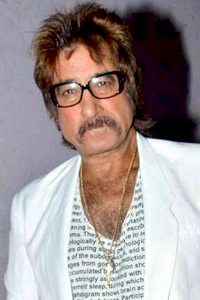 Funnily enough, even male wannabes are bearing the brunt. Rakhi Sawant reveals: “Girls in the industry have been exploited since the beginning, but now even the men in the industry are facing this. It is sad that we have to live in this kalyug.”

Model-actress Maushmi Udeshi is candid about her experiences in B-town: “Unless you are born with a silver spoon in your mouth and belong to one of those powerful star families which have a great influence on Bollywood, people tend to take you for granted.

“Casting couch was always a part of the film industry and it’s very much prevalent even today!”

The Indian media has played a major role in revealing instances of the casting couch in B-town. In a sensational sting operation in 2005, India TV trapped famous Bollywood baddie Shakti Kapoor and TV star Aman Verma.

They were caught on tape making advances to a starlet planted by the channel. Shakti Kapoor defended himself admitting to the press: “She… sweet-talked me into meeting her. Any man would fall for this!”

Last year actress Rani Mukherji’s brother Raja found himself in the thick of trouble when he was arrested for allegedly molesting a TV actor named Priya Mishra who had approached him with a script. 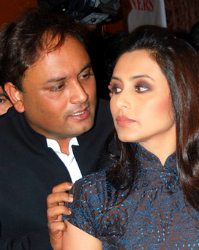 However, the most famous casting couch scandal in B-town could well be a case where the man was wronged. Starlet Preeti Jain created a sensation in 2004 when she accused ace director Madhur Bhandarkar of raping her for many years after making false promises of giving her a film role.

The case dragged on for years and finally in 2012 the Supreme Court ruled in favour of Bhandarkar and rejected the rape charge.

Noted actress Sameera Reddy is candid about such casting couch scandals: “It takes two hands to clap. Nobody is a victim. We are all just players.”

Actress Payal Rohatgi was in the thick of controversy in 2011 when she accused director Dibakar Banerjee of trying to sexually exploit her in exchange for a movie role. Banerjee’s friend, noted filmmaker Anurag Kashyap, jumped into the fray to defend his pal and dismissed Payal as being ‘mentally unstable’.

For the record, this is Madhur Bhandarkar’s opinion on casting couch:

“It’s embedded in every field, not just the film industry. Our industry is talked about because it’s in the limelight. Also, who are we kidding? Everybody is an adult here. Nothing happens without consent.”

In heartless B-town, it seems even established stars cannot escape persecution and male ones at that. In 2007, renowned singer Sonu Nigam went public accusing noted film critic Subash K Jha of trying to sexually harass him. When Sonu refused to give in, Jha began to criticise the crooner in his articles.

Sonu vented his angst saying: “Jha is one of the most powerful journalists and that is what gives him the authority and prejudice to write anything about anyone, or probably see to it that people succumb to his advances or his desires.” 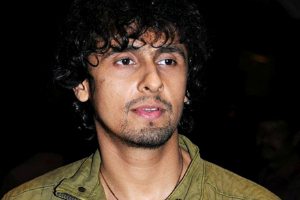 Sonu also revealed the predicament of vulnerable newcomers in the cutthroat film industry when he wrote:

“If someone can do this to me, I wonder what the new strugglers, models and actors have to go through in this industry? My heart goes out to them. Please let them know we are not living in a jungle where someone’s silence is taken as a sign of weakness by a beast!”

Male casting couch is thus probably as widely prevalent as its female equivalent though it may be less talked about. Actor Priyanshu Chatterjee revealed: “I was asked for a sexual favour by this man who promised me a film in return. But I didn’t believe him, and was right in doing so, since the film wasn’t made.”

Model Bobby Vats candidly states why he quit the fashion scene: “I was told, ‘You’ll get the job, but you know for the job you got to do this.’ And that’s the thing. That’s why I’m out of the fashion world. Sorry all fashion people, I love them all for their creativity, but that’s the way I am. I will not succumb.”

Nobody can be blamed for the shameless and blatant phenomenon of the casting couch because as famous producer Mahesh Bhatt confesses: “The rot is within us.”

Let’s hope Bollywood bigwigs start paying attention to true talent and not hanker for cheap thrills because the next Shahrukh Khan or Madhuri Dixit may be lost to the world just because they stuck to their principles and refused to jump into bed with a stranger just to get a film role.

Arjun loves writing and has a Master’s degree in Journalism and Communication from The Ohio State University in the U.S. His simple motto is “Do your best and enjoy the rest.”
A Tribute to the legendary Manna Dey
Krrish 3 ~ Gupshup with Hrithik and Priyanka