A Tribute to the Legendary Om Puri

The legendary Om Puri has passed away after suffering a massive heart-attack, aged 66. DESIblitz pays a tribute to the veteran and international icon.

"He was truly India's international star"

Om Puri was one of the most versatile actors of our age in Bollywood, Punjabi and British Cinema, along with Hollywood.

On 6th January 2017, the veteran actor passed away from a serious heart-attack.  This tragic news has shocked several members of the film industry.

Filmmaker Anant Mahadevan, mentions: “It’s a personal loss and a loss to cinema because he was truly India’s international star.”

Many celebrities have also expressed their condolences and sadness for losing such a fantastic actor on Twitter:

T 2495 – Shocked to learn of OM PURI Ji's passing just now.. a dear friend a lovable colleague and an exceptional talent .. in grief !

“Gods garden must b beautiful, He always takes the best“ Will miss ur laughter over the shared brandy in Berlin. Will miss u lots Omji. RIP

#OmPuri's talent and versatility has brought so many characters to life. An inspiration to many actors. May his soul rest in peace.

The world loses a great artist, truly one of Indian cinema's https://t.co/JKRfpmzp5U In Peace #OmPuri

Om Puri was born on October 18, 1950, in the city of Ambala, India. His father worked in the army and later in the railways. Puri always wanted to join the armed forces, but perhaps destiny had different plans for him.

Om undertook a long journey to Mumbai to become a famous actor.

His story was quite similar to every other artist. During his college days, he use to regularly participate in drama competitions. It was during one of these competitions, that famous Punjabi theatre artist Hapal Trivan first noticed him and offered him work.

Despite working as a lab assistant, Om Puri accepted the job with a pay of Rs. 150 per day. Puri would rehearse every day with Trivan in the morning and attend college in the evening.

With the help of a deputy commissioner, Puri later worked within the government sector. Meanwhile, theatre and drama nourished Puri’s skills. This was an amazing feat considering he was very shy as a young boy.

Deciding to become an artist, he then joined National School of Drama (NSD) to gain professional training. At the NSD, Om Puri found it difficult to understand English lectures delivered by influential theatre director and teacher, Ebrahim Al Kazi.

Al Kazim suspected that Om was facing some problem with his learning. So, he asked one of Puri’s seniors to find out what the issue was. When he came to know that English was the reason for his worry, Al Kazi said:

“You are good in make-up, you are good in improvisation and acting. You speak Punjabi and Hindi and you can learn English too. Concentrate on literature, your work will be done. If you have any problems in the class, you can ask me without any hesitation. No matter how many times it is.”

After these kind words of wisdom, the problem was solved. Knowing that it would be difficult to earn a living solely on theatre, Puri then decided to explore cinema. 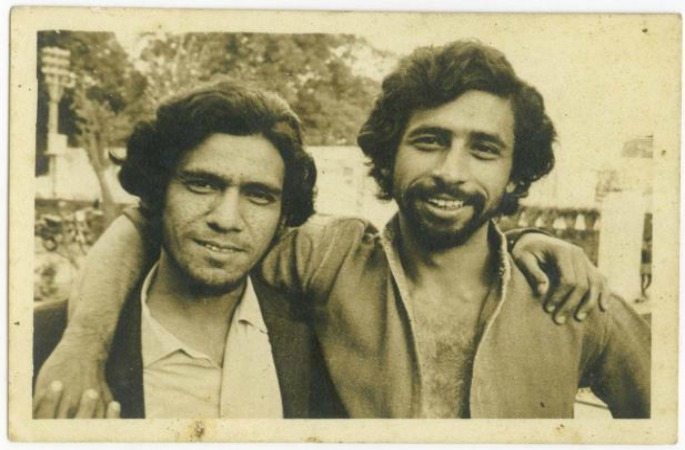 At NSD, he became very close friends with legendary actor Naseeruddin Shah. Around 1973/1974, they both decided to join FTII in Pune. But a worried Puri did not have the money and FTII did not give scholarships.

Puri’s junior, Neelam, once came to watch his play along with a businessman friend. Neelam’s friend was so inspired by Puri’s performance that he decided to help him with Rs. 300 on a monthly basis, which enabled the actor to go to Pune.

After a month in Pune, the money promised to him did not arrive. At the time, Shah told not to wait for the money and find another way.

Writer and actor, Girish Karnad became the saviour for Puri as he got him a role in children’s film Chor Chor Chup Jaa (1975) directed by B.V. Karanth.

Puri received Rs. 3,000 for this role and thus had peace of mind for one year. He made his film debut in the 1976 film Ghashiram Kotwal. Based on a famous play of the same name, the film was directed by K. Hariharan and Mani Kaul.

Om acted in both mainstream and parallel cinema. He was known for his gritty performances in numerous milestone Indian films during the 1980s.

Later, he had a small role in Shyam Benegal’s critical movie Bhumika (1977), before Govind Nehlani’s film Aakrosh (1980) making it historical for Puri. For Aakrosh (1980), Om even won the Filmfare Best Supporting Actor award.

Watch some of Om Puri’s most memorable film scenes here: 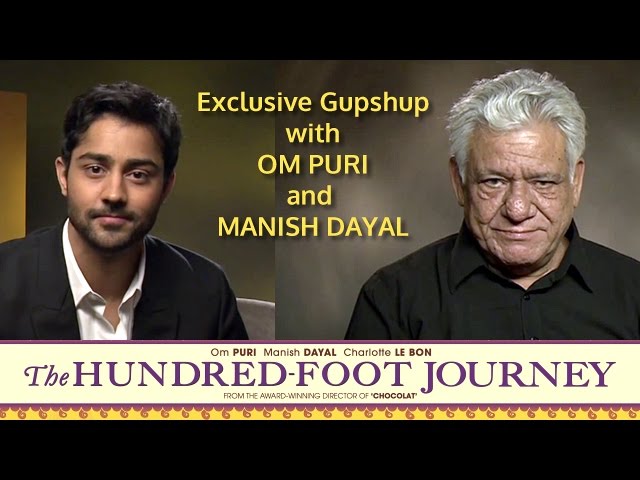 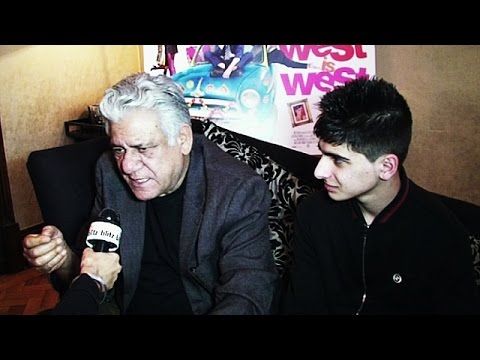 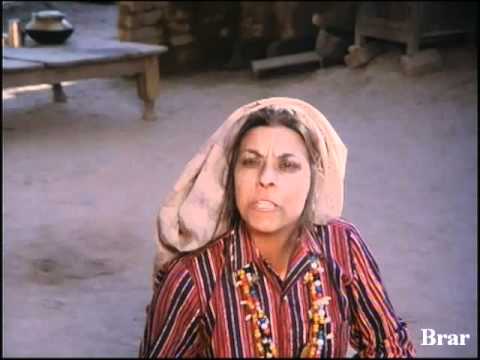 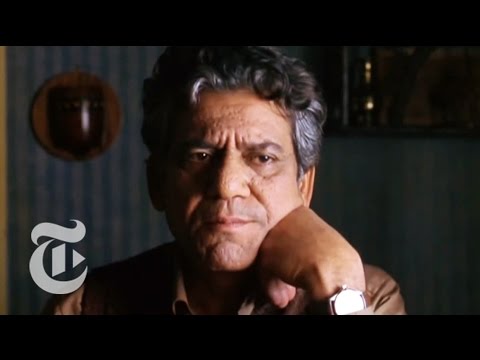 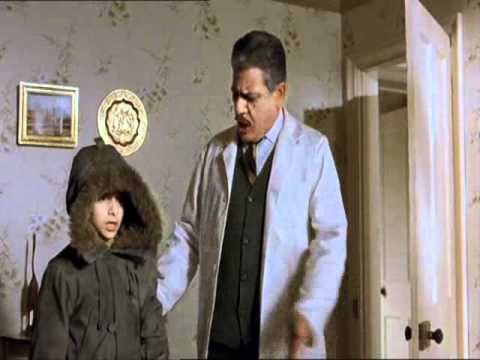 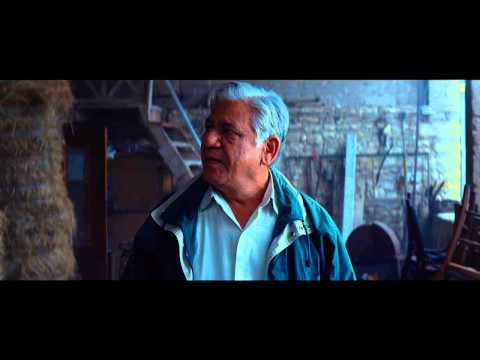 He was one of few actors admired by directors of parallel cinema, be it Nehlani who directed Puri in Ardh Satya (1982) or Ketan Mehta directing him in Mirch Masala (1987) (alongside Naseeruddin Shah, Raj Babbar and Smita Patil). One cannot forget his phenomenal role in Sadgati (1981) which is directed by Satyajit Ray.

His performances in Govind Nihalani’s Aakrosh (1980) as a tribal man falsely accused of murder and a policeman in Ardh Satya (1982), beaten back by the system, are believed to be the finest performances on Indian celluloid. It’s no surprise that he also won the National Film Award for Best Actor for Ardh Satya.

Besides Hindi films, Om shined in several Punjabi films too. One, in particular, is Long Da Lashkara (1986), where he starred alongside Gurdas Mann and Raj Babbar. The film is most recognised for the song ‘Challa’, which has been sung by Mann himself. Another big Punjabi film he starred in was Chann Padesi (1981). This was the first Punjabi film to receive a National Award.

In addition to films, television fans still remember him for his roles in Bharat Ek Khoj (1988), Kakaji Kahin (1988) and the TV film, Tamas (1988) written by Bhisam Sahni. 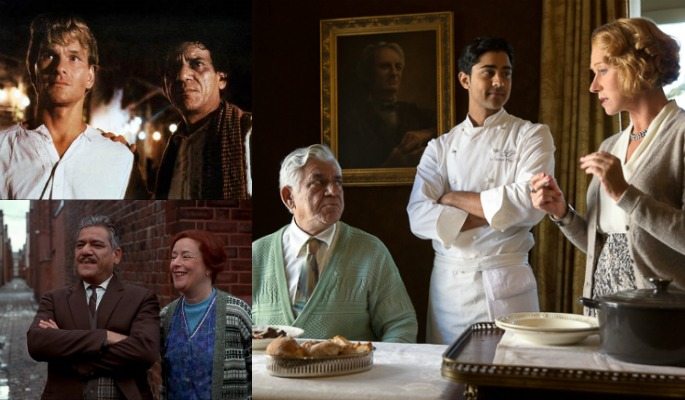 His superlative talent also paved his way into the international platform. Om’s first appearance in an international project was Richard Attenborough’s Gandhi (1982).

But Roland Joffé’s City Of Joy (1992) was his first leading role. He essayed the character of Hasari Pal, a rural farmer who moves to Calcutta with his wife (Shabana Azmi) and three children in search of a better life. This achievement was simply the beginning.

Om Puri’s dedication for acting kept increasing. In My Son a Fanatic (1997), he went completely nude – this shows he could do anything for his role.

What became an iconic venture in Om’s international career is the British Comedy East Is East (1999). Depicted in Ayub Khan-Din’s acclaimed play, Om Puri’s portrayal of the stern and traditional Pakistani father, George Khan, was phenomenal.

His tagline: “You Bloody Bastard,” became instantly loved by audiences. Subsequently, he was nominated at the BAFTAs for “Best Actor in a Leading Role.” The role of George Khan was reprised in the sequel, West Is West (2011).

Another interesting project Om appeared in was BBC’s Canterbury Tales series in 2003, alongside Nitin Ganatra and Indira Varma. He played Jetender, a wealthy money-lender and importer/exporter: an Asian ‘Godfather’ figure to his community.

The most recent and successful Hollywood project Om Puri has been involved with is Steven Spielberg’s The Hundred-Foot Journey (2014).

The film narrates the story of story of a feud between two adjacent restaurants in a French town: one operated by a recently relocated Indian family and the other, a lofty Michelin-starred restaurant.

As stated by Om Puri in an exclusive interview with DESIblitz:

“It touches various things. It touches clash of two cultures, the clash of individuals and how two traditions come to an understanding and start appreciating each other’s cultures, which is very important in today’s society.”

“It’s a huge treat for me. Spielberg, Oprah Winfrey, Helen Mirren, Lasse Hallström – director and my wonderful part. What more could I ask for?”

After Naseeruddin Shah, Om Puri became the next Bollywood actor to feature in a Pakistani film.

Nabeel Qureshi’s socio-comedy Actor-In-Law (2016) marks Puri’s penultimate screen appearance before his passing. He will also be seen in Gurinder Chadha’s historical drama, Viceroy’s House (2017), which could be his final project.

Overall, Om Puri is amongst those few actors who faced struggle but also reached the royal heights of success.

Fans will remember Om Puri with pride and recognise him forever as a pivotal pillar of Indian Cinema.

Anuj is a journalism graduate. His passion is in Film, Television, dancing, acting and presenting. His ambition is to become a movie critic and host his own talk show. His motto is: "Believe you can and you're halfway there."
Hum TV signs Internet Deal with Iflix
Bangalore Mass Molestation of Girls Condemned by Bollywood