Akshay Vashisht’s proposal to Arshina Trivedi was one of the truly magical moments of Desi Rascals Series 1. DESIblitz speaks exclusively to Arshina about the proposal, and life as a dancer and model.

"You know when you know that you've met your soulmate."

In Desi Rascals Series 1, Bollywood dancer and model, Arshina, was wowed by a surprise proposal from boyfriend Akshay.

While the newly-engaged couple were overjoyed, Arshina’s mother, Jyoti, was apprehensive about her daughter moving so far away.

Arshina, too, was not keen on saying goodbye to lovely London, but Brummie boy Akshay was adamant that they live in Birmingham after the wedding. Can they reach a compromise?

When did you realise that Akshay was the one? 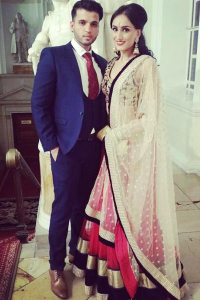 “I think, you know when you know that you’ve met your soulmate.

“The point that I met him, we spoke for a while and then I just knew that he was the one.

“He’s definitely someone different to my previous relationship. I think it’s that gut instinct.

“He’s a really caring person. I think it was that he wanted to put my desires first and care for me first, before anyone else, or anything else.

“When we first met, in his words, I was ‘out of his league’.

“And he used his charm to woo me over.”

Was Akshay’s proposal everything you hoped it would be?

“I am a quite a fantasist. I’m quite a dreamer. I like flamboyant and elaborate things. I’d often say to him, ‘Whisk me away and propose to me somewhere really beautiful’.

“It’s lovely because we have a lifetime memory, which was put out before the whole entire nation.”

What is next for you and Akshay? 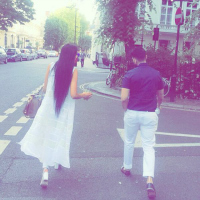 “We are still doing the whole debate thing. He lives in Birmingham. I live in London. So that whole issue is still continuing.

“We always end up in arguments over this. He’s quite headstrong about what he wants to do with his life. And so am I. So it’s kind of like two strong heads, bashing it at each other.

“But we intend on getting married sometime next year. Hopefully in the summer time, so it will be a nice summer wedding.

“And we haven’t started planning or set a date or anything. So hopefully that is to come in the next series.”

If you move to Birmingham, how will your mother feel?

“She’s very emotional because I’m her first daughter. We work together. I’m like her right hand person.

“It’s a big step for her to take. If she could, she’d keep me in her house for the rest of my life [laughing].

“I’d go to see Akshay for a weekend, and she’ll be calling me constantly.

“We’re really close. I don’t have an older sister so she’s like my older sister. We tell each other everything and we’re very open with each other.”

Will you continue with your dancing and modelling? 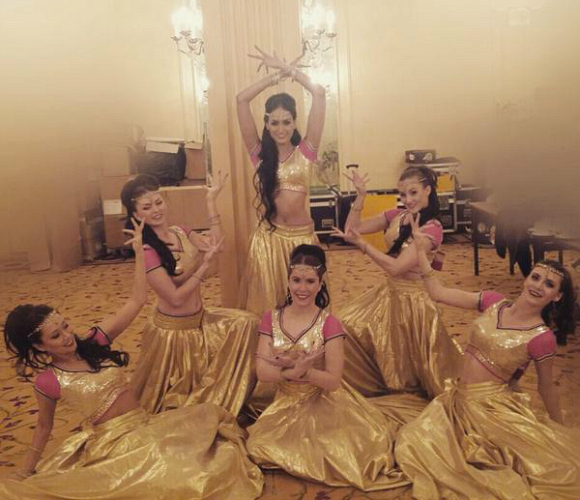 “I’d love to be able to carry on with the academy, because it is something which my mum started from nothing. And it’s like her dream.

“However, I have also come up with my own food brand. A range of healthy food products, which I will be launching soon. That’s my new adventure.

“I’ve been modelling for the past seven years. I was in Mumbai for about four and a half years.

“I won this modelling competition in India in 2010 [Gladrags Manhunt and Megamodel Contest]. People like John Abraham, Dino Morea, they all won that same competition.”

“I’ve actually done a couple of item numbers for South movies, and I’ve recently done an item number for Sanjay Dutt for a Bollywood movie.

“I’ve done all the fashion weeks in India. I’ve been to Singapore, Dubai, Paris, Switzerland. I’ve done a commercial ad for Dove India.

“Mumbai just grew on me. I do miss it when I’m not there.”

Why is that you prefer non-Asian dancers?

“I’m glad you asked me that. No, we don’t only use non-Asian dancers. Whoever wants to dance, we will take them on.

“But you have to bare in mind that we are a business. We have about four or five shows in one day.

“It’s difficult for us to be able to take on girls or guys who are not professionally qualified within the field of dance.

“Non-Asians tend to pursue dance as their career. However, Asians don’t tend to do that. They tend to go down the field of doctors and lawyers, so their career isn’t dance.

“I think that’s where I was misunderstood by the public. And I was not given the chance to explain myself.”

Yasmin and Kavita were quite scathing behind your back. What is your view on this? 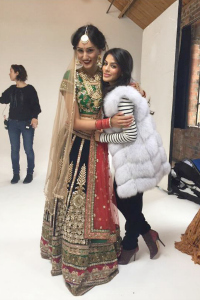 “To me, face to face, they would be lovely, and really friendly. They’d want to help me out, just like friends would do.

“Now I don’t know what their motive was. What their agenda was.

“I didn’t really know Kavita that well. But I don’t know, maybe they saw me as a bit of a threat.

“Yasmin can be portrayed and judged to be quite snobbish – she can come across that way.

“I’ve got to know her a lot more now. She’s actually a lovely girl.”

How will the next chapter of the Akshay-Arshina love story unfold? And how will this impact Arshina’s relationship with her mother?

You can find out in the eagerly anticipated Series 2 of Desi Rascals, which begins on Wednesday 22nd July 2015 at 8pm on Sky 1.