Ten men, including nine British Asians, have been charged with an array of sexual exploitation offences. These allegedly took place in Rochdale and other parts of Greater Manchester, between 2005 and 2013.

"[It] is welcome news for the victims and their families who deserve justice."

Ten men, nine of whom are British Asian, have been charged by police as part of an investigation into child sexual exploitation in Rochdale, Greater Manchester.

The ten men are accused of a series of serious sexual offences against female victims. The young women were aged between 13 and 23 at the time of the offences, which are alleged to have take place between 2005 and 2013.

The range of offences include rape, conspiracy to rape, inciting a child to engage in sexual activity, sexual activity with a child, and sexual assault. 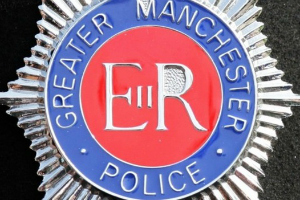 The men were arrested after Greater Manchester Police launched Operation Doublet in May 2012, with the aim of targeting older men who had been accused of sexually exploiting teenage girls in Rochdale and Greater Manchester.

Ian Wiggett, Assistant Chief Constable of Greater Manchester Police said: “This investigation is one of a number of cases which comes under the umbrella of Operation Doublet, which is the continued investigation into child sexual exploitation (CSE) that arose following the 2011 investigation into CSE in Rochdale.”

He added: “The majority of the offences were committed between 2003 and 2013 and focus on reports that teenage girls were sexually exploited by older men.

“So far, 65 people have been arrested as part of Operation Doublet and the investigation continues.

“This is an extremely complex and challenging investigation which started in May 2012. The investigation will continue over the coming months and further arrests are anticipated.”

Child sexual grooming has been a serious issue surrounding British Asian communities. In August 2014, news that gangs of Pakistani men had been targeting hundreds of Rotherham girls caused much outcry. (Read our article on sex grooming here.) 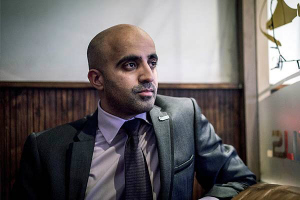 Mr Mohammed Shafiq, Chief Executive of the Ramadhan Foundation, has been one of the most outspoken voices about the need of British Asian communities to face up to the reality of child sexual exploitation.

In a statement released on the Ramadhan Foundation website, Mr Shafiq said:

“The announcement by Greater Manchester Police today that they have charged ten man for child sexual exploitation and grooming is welcome news for the victims and their families who deserve justice.

“There is a sense finally the Police and authorities are using every resource to bring the culprits to justice and this is welcomed.”

Kutab Miah, 34, from Rochdale, was charged with three counts of sexual activity and one count of rape.

Iklaq Choudhry Hussain, 37, was charged with three counts of sexual activity with a child, and two counts of rape. 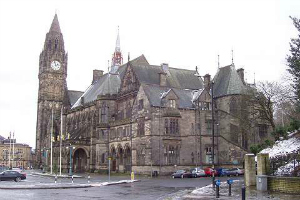 Shayfur Rahman, 31, from Prestwich, was charged with one count of rape.

Rehan Ali, 26, from Blackley, Manchester, was charged with one count of rape and six counts of sexual activity with a child.

Mohammed Miah, 39, of HMP Moorland, was charged with three counts of sexual activity, and two counts of rape.

Ashfaq Yousaf, 28, of HMP Forest Bank, was charged with one count of aiding and abetting rape, and rape.

David Law, 45, from Ilkeston, Derbyshire, was charged with three counts of conspiracy to commit rape.

The men have been granted bail and are expected to appear at either Bury or Tameside Magistrates’ Court later in March 2015.

Images courtesy of PA and RamadhanFoundation.com