Child sex offender, Choudhry Ikhalaq Hussain, who fled to Pakistan before being jailed in the UK for sexual offences in Rochdale has been arrested.

"We were never going to give up on finding him"

Hussain had fled to Pakistan during the hallmark trial in 2016, where a gang of ten men, nine of whom were Asian of Pakistani descent, were convicted and jailed for sexual offences against teenage girls in Rochdale.

The ten men were convicted of a series of the serious sexual exploitation of vulnerable young women were aged between 13 and 23 at the time of the offences, taking place between 2005 and 2013.

A joint operation between the Federal Investigation Agency, the Punjab Police and the UK’s National Crime Agency, led to the arrest of 41-year-old, Hussain, in Sangla City in Punjab, Pakistan on Saturday, January 26, 2019.

Despite Hussain not being at the 2016 trial, due to him fleeing to Pakistan, he was still found guilty in absentia. He was sentenced in the UK court to 19 years in jail for his part in the sexual offences against a child.

Hussain who was 37 at the time, was charged with three counts of sexual activity with a child,  two counts of rape and one count of conspiracy to rape.

The convictions took place after the investigative work of Greater Manchester Police during their operation code-named Operation Doublet. 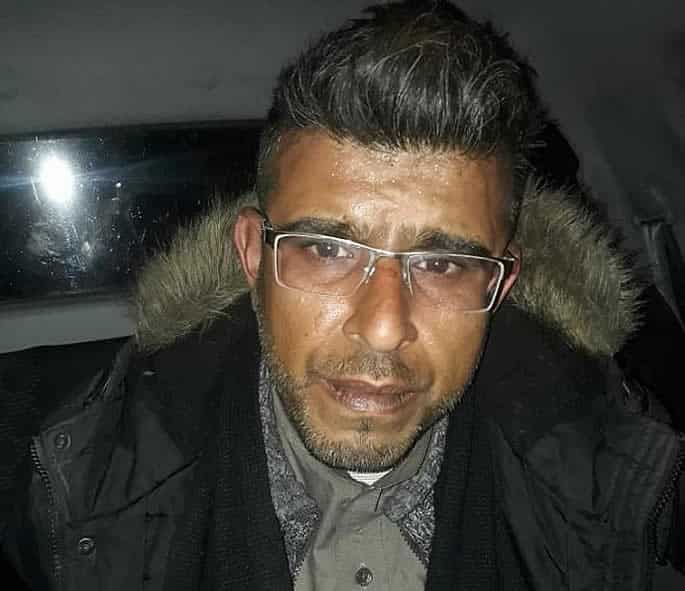 Since Hussain fled the UK authorities have been working closely Pakistan to track and locate him since 2017.

The success of the arrest has highlighted the importance and operational merit of the UK-Pakistan relationship to ensure justice and accountability of such criminals trying to flee to Pakistan to escape their convictions in the UK.

The visit by the UK’s Home Secretary, Sajid Javid, in September 2018, was for this very purpose to strategically strengthen the threats of organised crime and the use of the two countries as safe havens to escape justice.

Thomas Drew CMG, the British High Commissioner to Pakistan said of the case:

“The arrest of this individual, who has been convicted of sexual offences by a British court, is a significant achievement, and another excellent example of UK-Pakistan cooperation in tackling international criminality and impunity.

“It sends a clear message that Pakistan is not a safe haven for international criminals.”

“I would like to thank the Federal Investigation Agency and the Punjab Police for their professionalism and dedication in the execution of this operation.

“As with all offences of this nature, the victim is at the forefront of the investigation and we were determined to track down Hussain for her.

“We were never going to give up on finding him, no matter how much time passed or how far he travelled.

“I hope this sends a clear message to anyone who thinks they can flee the country in a bid to evade justice – you will be caught.

“I want to thank the Punjab Police, National Crime Agency and Federal Investigation Agency for their excellent work in apprehending Hussain.

“We will now await a decision by the courts to extradite him back to the UK.”

“Hussain’s offending represents the worst of its kind and he wrongly thought he could escape justice by fleeing to Pakistan.

“The NCA is committed to tracking down and arresting child sex offenders wherever they are in the world. We deployed our officers in Pakistan and, with assistance from the local authorities, we were able to locate him in Sangla City.”

Choudhry Ikhalaq Hussain’s case will now be under the scrutiny of the Pakistani courts. They will now decide on his extradition to the UK.

In a similar case, Shahid Mohammad, a criminal who was wanted for the murder of five children and three adults, was subsequently extradited to the UK in October 2018 further to his arrest in Pakistan.

Nazhat is an ambitious 'Desi' woman with interests in news and lifestyle. As a writer with a determined journalistic flair, she firmly believes in the motto "an investment in knowledge pays the best interest," by Benjamin Franklin.
Indian Wedding fight over Meal leads to Divorce
Indian Woman arrested for Kidnapping and Beating her Stalker