Why is Mercedes-Benz popular among Indians?

When it comes to a popular vehicle among Indians, Mercedes-Benz does top the list. We look at some of the reasons why this car is in demand.

“In the last ten years, the market has grown five times"

A Mercedes-Benz is the first choice manufacturer Indians will go for should they want a luxury car.

The German carmaker is a pioneer within India as it was the first luxury car brand to enter the market.

The first Mercedes in India was sold to Rakesh Kumar Agrawal who owned the largest printing press in Asia, Convey Printers.

Mercedes has gone on to become India’s best-selling luxury car brand. Although it has gone through some ups and downs, it has bounced back.

Although the Mercedes is stereotypically associated in India with showing off a luxurious lifestyle and being wealthy, there are actually more factors which contribute to its popularity.

We look at some of the reasons for its popularity as well as the reasons why an Indian person may choose to buy a Mercedes.

Recognised as the pioneer of luxury cars in India, Mercedes-Benz is so popular among its citizens that it decided to enter the market in 1994.

Following the merger of Daimler and Chrysler, the company was renamed DaimlerChrysler India Pvt Ltd.

However, in 2007, the partnership ended and the name changed to Daimler AG. It was eventually renamed Mercedes-Benz India and is a wholly-owned subsidiary of Daimler AG.

The company is headquartered in Pune, Maharashtra and the brand has gone on to become recognised as ‘India’s Most Exciting Brand’ and ‘India’s Most Admired Company.’

In 1996, Mercedes established its largest research and development centre outside Germany with the launch of its Bengaluru R&D Centre.

The locations highlighted a strong commitment for production in India.

A manufacturing plant was created in 2015 and is located in Chakan. Spread over 100 acres, the plant is among the fastest green-field operations ever to be created.

In terms of luxury car makers in India, Mercedes-Benz has the widest network, with ninety-five outlets in 47  cities.

Three AMG Performance Centres were inaugurated in Delhi, Mumbai and Bengaluru in 2014. Since then, four more have been set up in various cities within the country.

They provide an exclusive AMG brand experience to customers and enthusiasts. Priority for the customer is one of the reasons why Mercedes is popular among Indians. 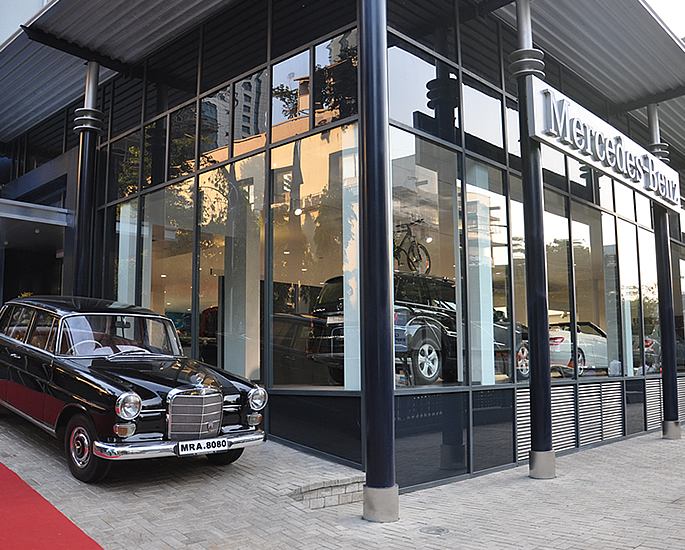 Although Mercedes-Benz is a top-selling luxury car manufacturer, it was not always like that.

However, it returned to the top in 2015 when Roland Folger took over the reins in India. With the company going with the slogan “The best or nothing” has enabled Mercedes-Benz to lead the luxury car market in India by a huge margin.

As well as stating that Mercedes remains at the top, CEO Martin Schwenk said that the overall luxury car market has increased in India. He said:

However, one issue, which has hampered sales is the result of increased import duty.

Mr Schwenk explained that rationalisation of tax and duty structure on luxury cars can have a positive effect not only for the company but for the overall economy, which will lead to a higher GDP.

From a negative aspect within the auto sector, he said:

“In any segment, we cannot expect the market to always be buoyant. Flow is a part of the business, it’s cyclic.

“Macro-economic factors, elections, change in policies do have a direct bearing on customer sentiments.

“Not just in India, but even globally, markets experience some instability and consumers are hesitant to make major purchases.

We need policies to support the manufacturing industry and auto industry in particular, lowering the GST, import duty, etc.”

“Rising disposable income and an increasing aspiration for luxury products and services are some positive trends contributing to the growth of the industry.

“While Delhi, Mumbai, Bangalore and Chennai continue to contribute substantially, we are increasingly witnessing customers from emerging markets that have disposable income are drawn towards the luxury car.

On the evolution of Tier markets in India, Mr Schwenk added:

“While the key metros in the country such as Delhi, Mumbai, Bangalore, remain the growth drivers, we see potential in Tier II and Tier III markets in India.

“The consistent growth from these markets has led to the manifestation of our ‘Go to Customer’ strategy which aims to get closer to the customer.

“As a result, today Mercedes-Benz boasts the strongest network strength with 95 outlets in 47 cities in the country.

“Markets such as Bhubaneshwar, Kolhapur, Nagpur, Raipur, Coimbatore, Surat, Vadodara, Ludhiana, Jamshedpur, Guwahati, etc are some of the promising markets.” 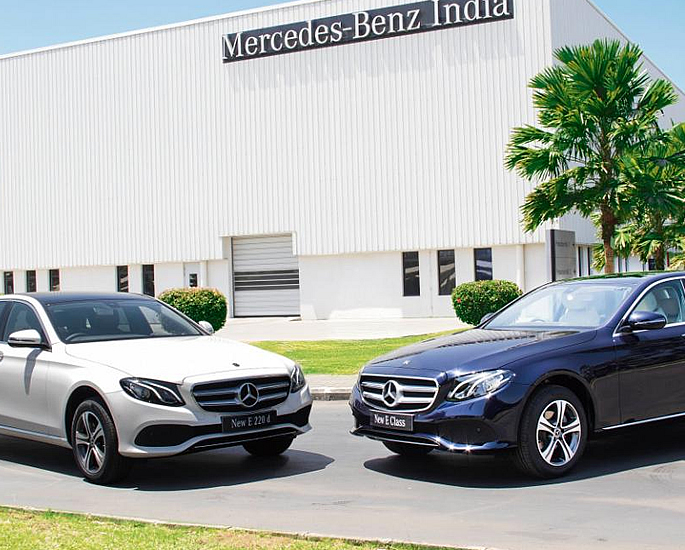 When it comes to Indian drivers of Mercedes, they all have their reasons for buying one.

Typically, it is the wealthy who drive them but those with disposable income are an increasing demographic.

Mercedes has always been a popular car brand driven by Indians, whether they’re living in the country or abroad.

People opt for a Mercedes due to how enjoyable they are to drive. However, one of the biggest reasons is the fact that it indicates India’s obsession for luxury.

Mercedes has always been associated with luxury and when seeing one, people are immediately drawn to it.

Monika Nagpal, who works within Marketing in Ahmedabad, explained that Mercedes cars are just one aspect within India’s long-lasting fascination with luxury. She said:

“India’s inclination towards luxury isn’t a new thing. It has been around for centuries. Back then, simple things like convenience, craftsmanship, and aesthetics were associated with luxury, and they still are.

“This inherent fascination has trickled down with each generation. Today, the definitions of luxury have changed, but the emotion associated with it still remains.

“It is this emotion that draws people in India towards the finer things. Since decades, Mercedes-Benz cars have been labelled as an ornament of success and societal status in India.

“This is partly because when the brand was new in the country, getting your hands on some of the cars was difficult even if you could afford it.

“So people knew that if you were driving a Mercedes-Benz, you’re probably a big name.

“Today, in 2019, success rates in India are higher than before and there are many people buying Mercedes-Benz cars. But even then, it has not diluted the brand value even slightly.

“Even today, when you step out of a Mercedes-Benz, people look at you differently. And they always will.”

“Mercedes-Benz cars are most coveted in India as they are a talisman of social status, prestige and the legacy which the brand carries.

“Some desire for a Mercedes-Benz to get attention and flaunt, while others desire superior performance offered by the array of the Mercedes-Benz products.”

The Demographics of Indian Mercedes Customers 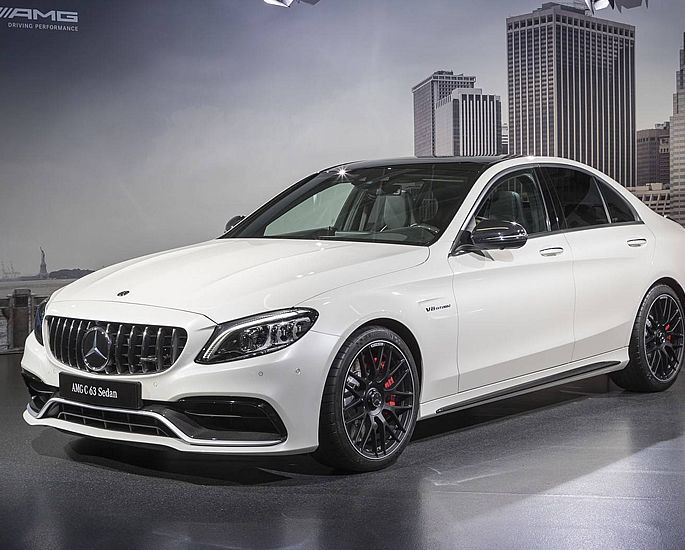 Even though Indians have their reasons for buying a Mercedes, the demographic is an interesting one.

It was revealed that the average age of Indian customers is 37-years-old, which is one of the youngest in the world. For AMG customers, the age is at 30 years.

It is not just age, which is a factor, some locations are more popular than others.

Metropolitan cities like Mumbai are thought to be where many Mercedes drivers are. However, it is southern states, which have seen a massive increase.

Tamil Nadu leads the way, clocking a 30% growth for the brand.

“The performance of the southern markets is now on par with the rest of the country and there are some markets which are growing much faster than our national average.

“Chennai now contributes five per cent of our national sales and is steadily growing.”

It is typically thought that entrepreneurs are the most common group of people buying Mercedes. But people from all walks of life are buying one, even farmers.

One person was Randhawa Sehrawat who was one of many people in Sukhrali, Gurgaon, who benefitted from India’s economic growth.

Real estate developers had knocked on the door, desperate for land in the area. As property prices in the area increased, the acres of farmland turned him into a millionaire.

He ended up buying his first car, which was a Mercedes. Mr Randhawa told the BBC:

“My grandfather always used to joke about it when I drove around in my bullock cart. He would ask why am I parading around like it’s a Mercedes-Benz.

“Now I really have a Mercedes to drive around.”

The Indian market is already big. It is now reaching the sizes of the German market.

It is not just the wealthy who are interested in Mercedes, as economic changes have led to purchases by many.

This is just one factor, which has contributed to India’s love for the German car manufacturer.

When it comes to the popularity of Mercedes among Indians, expect the number to grow.

The number of sales is expected to increase significantly throughout 2020 and onwards. As more young people are thriving for success, the average age of Mercedes drivers will decrease.

Although the main reason is that Mercedes drivers are just showing off their lifestyle, it is actually much more than that.

Dhiren is a journalism graduate with a passion for gaming, watching films and sports. He also enjoys cooking from time to time. His motto is to “Live life one day at a time.”
Forbes rates Pakistan in Best ‘Under-the-Radar’ Trips for 2020
Marvel’s Avengers: What you Need to Know