Marvel’s Avengers: What you Need to Know

Superhero videogame ‘Marvel’s Avengers’ is one of the most anticipated releases of 2020. We look at the game’s features and what to expect.

she plays a huge role in bringing the Avengers back

Marvel’s Avengers has been a game which has been talked about for a few years.

The prospect of an Avengers game was talked about even when gamers discovered the Avengers headquarters in the 2018 game Spider-Man.

At E3 2019, Square Enix unveiled the new superhero title in a story trailer.

The unveiling happened following the box office success of Avengers: Endgame and some fans were not pleased with the design of some of the characters.

After subtle changes were made, fans were more excited about the 2020 release and the characters they could play as.

Marvel’s Avengers features an all-star cast that includes Laura Bailey, Nolan North and Troy Baker, some of the most famous voice actors in the videogame industry.

Even though there is still a while to go before its release, we preview the game and what to expect. 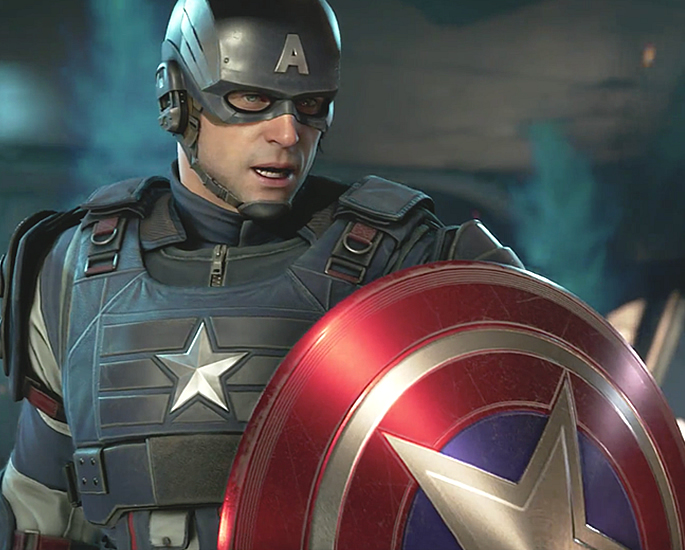 It has been clear that Marvel’s Avengers would have a unique story that has no connection to the popular film franchise.

Instead, it draws inspiration from the long-running comic book mythology and adaptations in other media.

The story opens with A-Day, a day celebrating the Avengers. On the day of the event, they unveil their new headquarters and helicarrier.

However, it goes wrong when a catastrophic incident results in most of San Francisco being destroyed and the apparent death of Captain America.

It leads to the Avengers being blamed and they subsequently disband.

The story primarily follows a variation of the Inhumanity storyline, in which countless humans around the world suddenly develop superpowers.

One of those is Pakistani-American Kamala Khan (Ms Marvel) who gains the ability to grow in size and strength.

She was one of the survivors during the events of A-Day and develops her powers after being exposed to the mysterious Terrigen Mist.

Kamala hides her powers for years but when she uncovers a shocking conspiracy, she plays a huge role in bringing the Avengers back together.

By now, superheroes are outlawed and a corporation called Advanced Idea Mechanics (AIM) controls the city.

Kamala and the Avengers come together when the world is in danger again to avenge Captain America’s death and to find out who was responsible for the A-Day tragedy.

Although Captain America is killed during the opening mission, it is unlikely that he’ll be gone for long since Crystal Dynamics stated that gamers will play as him. 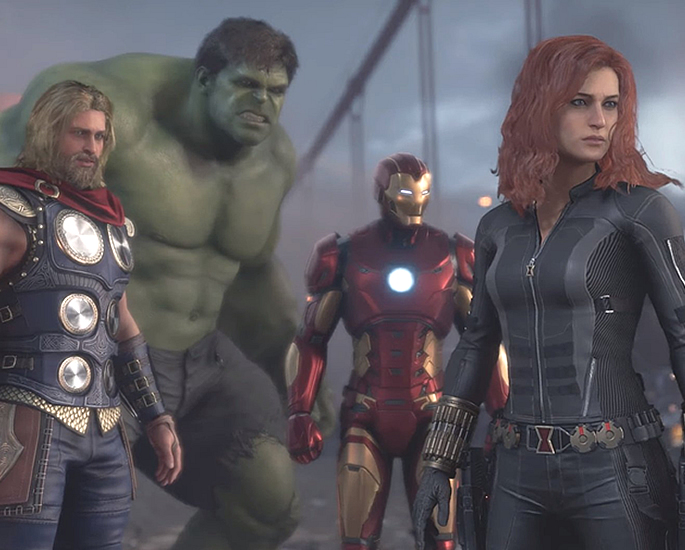 They consist of the core members and other superheroes. This includes Captain America, Iron Man, Hulk, Black Widow, Thor, Ant-Man and Ms Marvel.

One noticeable omission is Hawkeye, however, Square Enix has teased the hero as a playable character, asking fans to “stay tuned”.

Other heroes within the Marvel universe have not been confirmed but it is likely that they will have at least a cameo, some may even be playable.

Where there are heroes, there are also supervillains. The creators have not announced any villains which will keep fans guessing until the game’s release on September 4, 2020.

The villains which have been announced are Abomination and Taskmaster.

While not all of your favourite heroes and villains will be available upon release, they will feature in the game over time through updates. 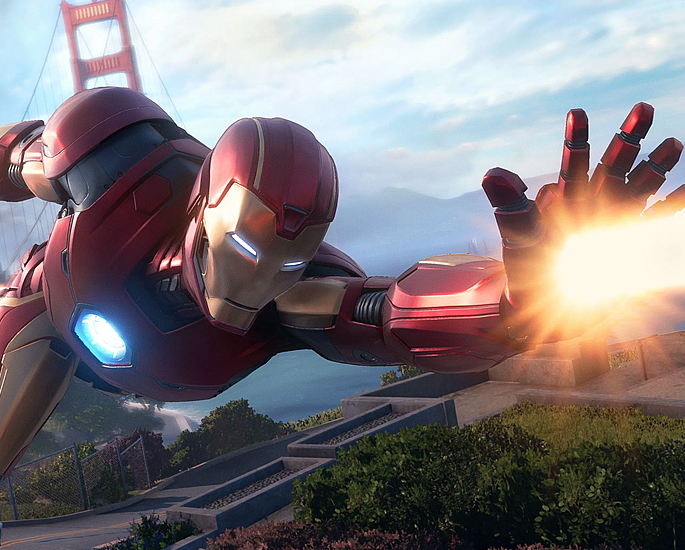 In terms of gameplay, Marvel’s Avengers sees you take on missions as different superheroes which are designed for single-player and co-op.

Each character plays differently and have unique fight styles.

This opens up the title to different types of gameplay, ranging from fast-paced flight missions as Iron Man to more stealth and combat sections as Black Widow.

This means that certain missions can only be tackled by specific characters.

But some missions will let you replay them with different characters from the vast pool of superheroes.

Quick time events (QTEs) are a big part of the game. A spokesperson for Crystal Dynamics gave the developer’s reasons for that gameplay feature:

“For us, this audience is so broad. This isn’t just some hardcore gamer’s game.”

“Matching button prompts to specific actions is meant to remind players of the controls in a natural way, too.

“It’s a way for us to integrate QTEs in a kind of tutorialised way. They’re also cinematic moments we want to make sure land from a narrative perspective.

“So there might be a point where we use them just to give that moment for players to get the best experience on the narrative side.”

There is also a multiplayer aspect which will be extensive. According to a press release:

“Master extraordinary abilities, customise a growing roster of Heroes, assemble into teams of up to four players, and defend the Earth from escalating threats.”

By making progress, skill points will be unlocked which can be used to specify your playstyle.

Skills include both classics and new moves. They are categorised under primary, speciality, capability and utility.

You can also use the skill points to customise a specific character’s gear. As you progress, you can unlock perks for pieces of gear.

When playing, gamers choose what type of missions they want to play at the War Table.

Players can choose hero missions which is a single-player campaign focused on one hero.

They can also opt for war zone missions which can be played with any hero in a team of up to four people.

Hero missions progress the story and will allow you to unlock new heroes while war zone missions expand the narrative. 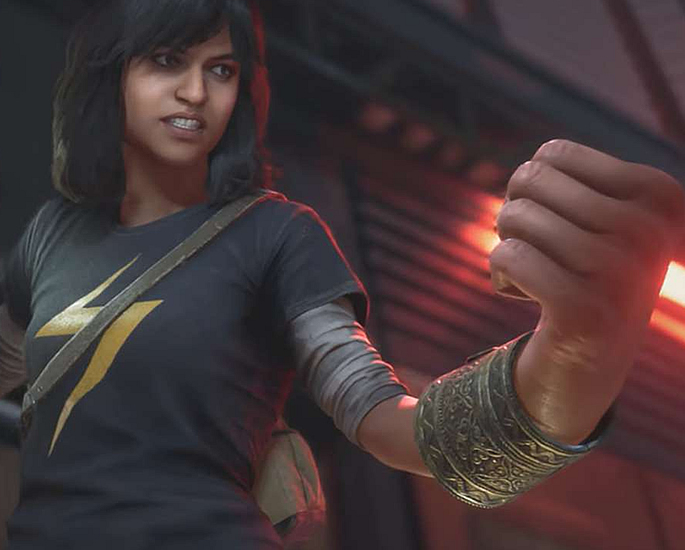 With many games, there are microtransactions which allow players to pay for added content.

With Marvel’s Avengers, that is the same but it is only cosmetic items such as costumes. They have been sourced from “all corners of the Marvel universe”.

Crystal Dynamics stated that the outfits span the history of Marvel’s comics, TV shows and films.

When it comes to gameplay, there are no microtransactions as lead combat designer Vincent Napoli explained that “there is nothing that affects the gameplay”.

Instead of purchasing new content, Crystal Dynamics have emphasised the idea of a “continuous” game in an “ever-expanding world”.

This means that all post-release characters and locations will be added for free.

It is not known what will be added, but the wide range of Marvel characters make it an exciting prospect.

While the content will be free, it may come first to the PS4 thanks to a deal between Square Enix and Sony.

Marvel’s Avengers looks to be one of the most anticipated releases of 2020 thanks to the film franchise’s success.

Having post-release characters and locations available for free is a big positive in a world of videogames that are filled with microtransactions.

Videogames of the superhero genre have been immensely successful in the last 10 years so only time will tell if Marvel’s Avengers follows the same path.

Dhiren is a journalism graduate with a passion for gaming, watching films and sports. He also enjoys cooking from time to time. His motto is to “Live life one day at a time.”
Why is Mercedes-Benz popular among Indians?
Court questions FIA Probe against TikTok’s Sandal Khattak